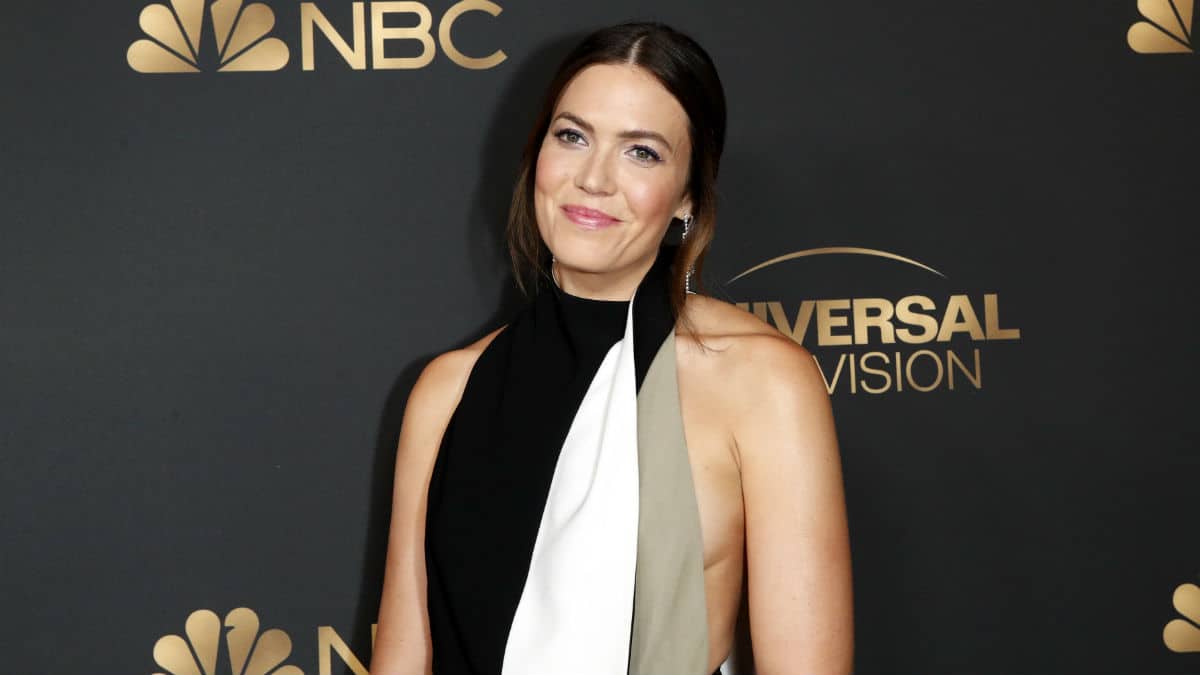 This Is Us star Mandy Moore has released her first new song in over a decade. Pic Credit: ©ImageCollect.com/@carrie-nelson

One week before the Season 4 premiere of This Is Us, Mandy Moore surprised fans by dropping new music.

The brunette beauty released the song “When I Wasn’t Watching” on Tuesday. Moore not only gave music fans a new tune but also a smoking hot video to go along with the song.

It has been more than a decade since music lovers have heard a new song from the talented actress.

“The idea of diving back into music after so much time and personal change was really intimidating to me for a while. But then I finally realized: I’m the only person who can make this move. It all has to start with me,” Moore began a statement that was released at the same time as the song.

In the past ten years, Moore has gotten married, divorced, married again, and landed a role on one of the hottest shows on television.

This Is Us may have reintroduced her to fans again, but music was the 35-year-old’s claim to fame back in the day. Perhaps the timing of the release of her new song is a reminder she is more than just Rebecca Pearson.

Music has always had a special place in Moore’s heart, especially when it comes to sharing life experiences.

“I think everyone’s had the experience of feeling lost and not quite understanding how you’ve found yourself at a certain point in your life, And I think the key is not to judge yourself for that. I’m a big believer in the idea that what you’ve journeyed through is ultimately going to factor into the person you become, and how you’ll greet whatever big challenge you face next,” she said, ending her statement announcing the song.

Those expecting the same pop star style Moore was known for will be sorely disappointed. The song is fabulous, but it is a departure from her previous signature style.

She spent time in the studio with her husband, Taylor Goldsmith, from the rock band Dawes, to hone her new sound. The songstress recorded each song on the upcoming album live with a full band in the studio. Moore shared with Variety there is no click track and that everything is live.

“When I Wasn’t Watching” is not the only single the songstress is releasing ahead of her new album, which drops in 2020. She teased to Variety that there is another tune coming out in a few weeks but did not give any more details about it.

Fans are getting so many goodies from Mandy Moore. First, she drops her new song and then, next week, This Is Us is back!

What are your thoughts on the brand-new music from the Hollywood starlet?

This Is Us airs Tuesdays on NBC at 9/8c.