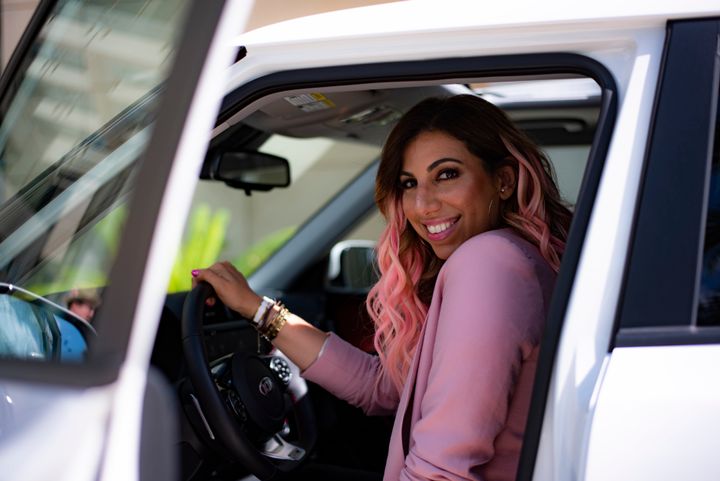 Clara Pablo is a force of nature: She’s built a successful career as the SVP of global marketing for a prestigious Latinx music artist management company; and throughout her ongoing battle with breast cancer, she’s admirably maintained a positive attitude. Did we mention she’s not even 40 yet? Having moved from the Dominican Republic when she was just 10 years old, Pablo was deeply influenced by her new home, Miami, with its multicultural perspectives and global panorama. Like her beloved Miami, Pablo is vibrant, colorful and alive — she exudes enthusiasm and zeal for life.

To capture Pablo’s courageous journey, we’ve teamed up with Kia as part of our new Driving Forces series, which profiles Latinx creatives who have Kia’s “Give It Everything” spirit, and are blending their passion for creativity, identity and community to uphold their bicultural identity with everything they do.

Pablo fell into the music industry by chance, though she doesn’t see it as an accident. “Dominicans love music,” she said. “Music is a part of our culture and it’s part of our DNA.” Even though a career in music hadn’t been her original goal — her first job was in live television — her background in production melded perfectly with her love of music. “The minute I started doing it, I just fell in love with the whole music industry — putting together an album and promoting it,” she said. “I absolutely love being a part of something from the beginning.”

As a high-level music executive, Pablo works with some of the biggest Latinx recording artists in the business and also fosters emerging talent across genres, including urban, pop and — her favorite — reggaeton. And it’s a particularly exciting time for the industry — the popularity of Latinx music has grown exponentially in the United States over the last decade, even surpassing EDM and country music consumption in the last year. “All eyes are on the Latin culture right now,” she said. “We are transcending boundaries, languages and different barriers. … It’s so inspiring and so incredible to be a part of this movement.” 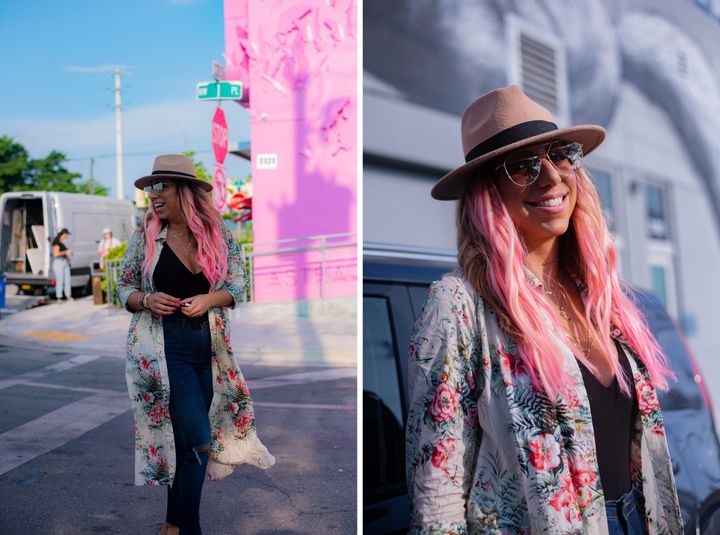 While in the midst of her prosperous career, Pablo was forced to reckon with a challenge that all of the success in the world couldn’t have prepared her for. In 2017, at the age of 36, she was diagnosed with breast cancer, which meant months of grueling treatment and heartache ahead. With an amazing support system, she was able to pick herself up immediately and fight for her life, but she soon realized that breast cancer was having a devastating toll on her community. “It really surprised me,” she said. “It is the No. 1 cause of death in Latinas under 40, and it’s because we don’t talk about it enough.”

With this in mind, Pablo felt she had to act. She launched the #TeTocaTocarte (“It’s time to touch yourself”) campaign through social media to spread the word about the importance of self-exams, routine checkups and mammograms; within three days, her initial post went viral. She described the amount of support she received as “mind-blowing.”

Shortly after receiving her diagnosis, she was selected as the first Latina ambassador for the National Breast Cancer Foundation, for which she’s been helping raise funds to provide free mammograms to women in need. Speaking about her two passions, music and advocacy, she said, “Blending those two together isn’t always easy, but I have no other choice because I’m very lucky to be able to work in something that I’m so passionate about; and I also am very lucky to be alive and healthy, and to be able to continue to fight for my health every single day.” 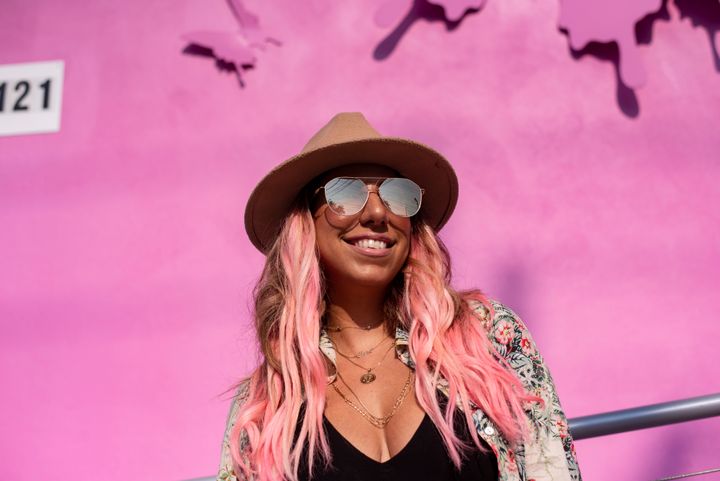 From Kia:
Kia’s new series, Driving Forces, profiles Latinx creatives like Clara Pablo who are constantly challenging themselves to achieve greatness, while simultaneously embracing their bicultural identity. As a once-underdog brand itself, Kia wants to support those who, like Pablo, have passion, are driven and “Give It Everything” to take things to the next level. Pablo does this through her love of music, which is an integral part of her identity. Music has always been at the core of the Kia brand, as well, with Harmon Kardon speakers, sound mood lighting and other convenient vehicle technology integrated in the Kia 2020 Soul. For those who are at the forefront of cool, the new Kia Soul is for you.

This article was paid for by Kia and co-created by RYOT Studio. HuffPost editorial staff did not participate in the creation of this content.