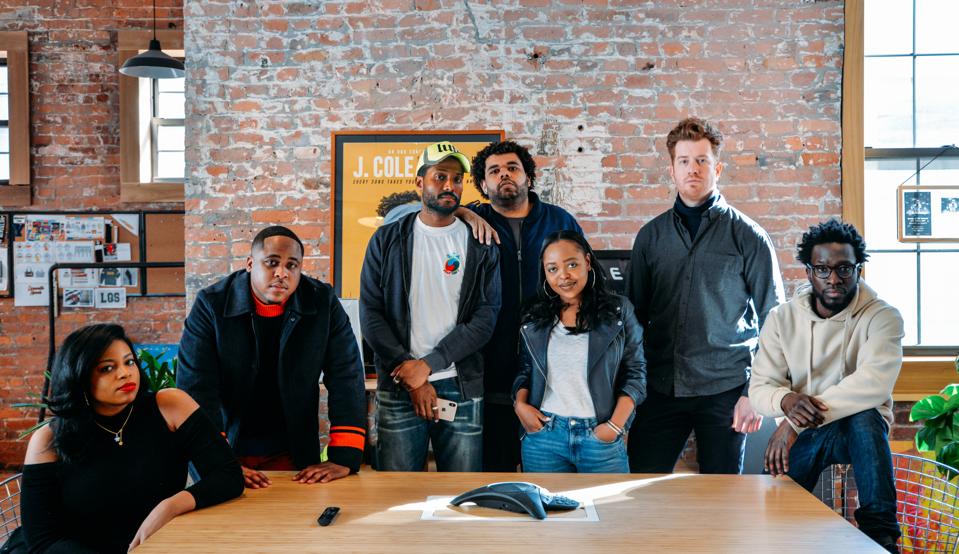 J. Cole revealed he was an executive on his 29th birthday.

On January 28, 2014, physical copies of a compilation album titled Revenge of the Dreamers were placed on the seats awaiting the arrival of ticket holders inside the Theater at Madison Square Garden. That night, Cole coupled his performance with an announcement: he was forming a record label.

Five years later, Dreamville has become home for an eclectic group of creatives. Its first signee, Bas, has developed into a rapper with international influences. Witty wordsmith J.I.D. is poised to become one of hip-hop’s leading lyricists. EarthGang’s high-energy performances are balanced out with Ari Lennox’s sultry ballads. Cozz’s aggressive approach complements the thought-provoking verses from Lute and Omen.

But behind the artists is a seven-person staff dedicated to maximizing their success.

Dreamville’s headquarters is located in Brooklyn. The family-like acceptance that permeates every interaction began with the bond between Cole and his college friend-turned-manager, Ibrahim Hamad.

Over the past half-decade as the company’s president, Hamad has established a company culture that prioritizes creating a long-lasting impact over capitalizing on popular trends.

“When you start at the bottom and grow slowly, it allows you to take the long road,” Hamad said. “We always say, ‘Don’t skip any steps,’” Director and Head of Film, Scott “Lazer” Lazes added.

Each team member plays their role with confidence. Head of Operations Mwango “MK” Kasote, who has been a part of the Dreamville team since its inception, handles the label’s day-to-day operations including distribution, finance, and HR. Director of Brand Marketing and Artist Liaison Matthew “Matty P” Robinson leads the charge in getting maximum visibility for the company.

Robinson notes that Dreamville prides itself on catering to its core fan base. Throughout the years, fans have had a literal front-row seat to watch the development of each artist, from performing at small club shows to arenas.

“The vision [for the label] was to sign like-minded artists, and create music that resonates and inspires, whilst enriching our communities,” said Kasote.

It took seven months for Dreamville’s compilation album, Revenge of the Dreamers III, to hit streaming services. In January, the label invited a select group of artists and producers to collaborate with their roster at Tree Sound Studio in Atlanta. There was one goal: create as much music as possible. 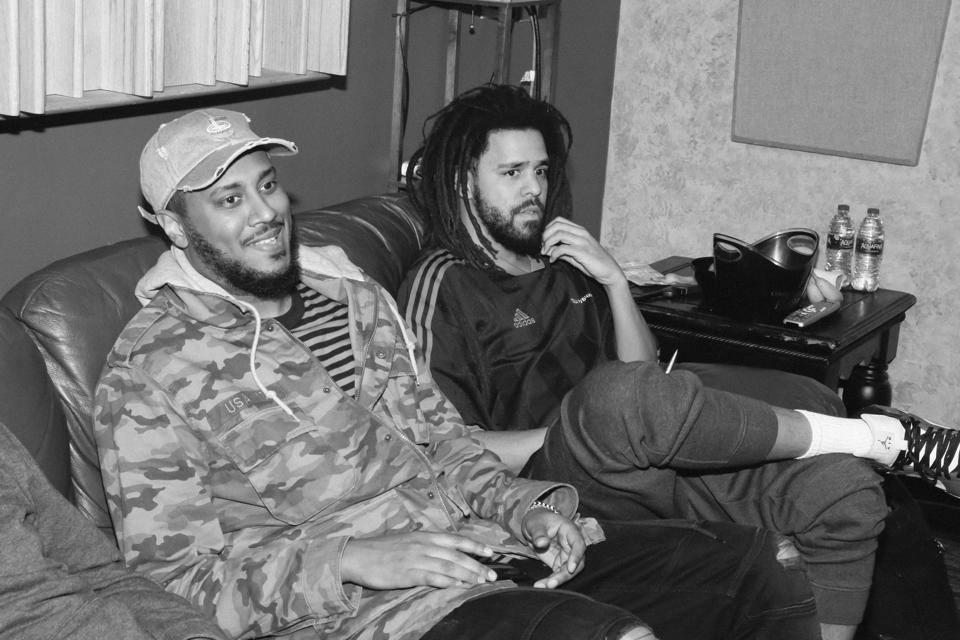 Those who received their digital invitations proudly shared them on social media. Vince Staples, Ty Dolla $ign, T.I., Smino, Guapdad4000, and DaBaby are just a few of the artists who the compilation’s final cut. Despite Cole’s ability to reach platinum status without features or production help, indulging in a compilation was like extending an olive branch to the rest of the industry.

“Some people look at us as if we’re a label who’s off to ourselves and that we don’t really f*** with people,” A&R Matt McNeal said. “We f*** with a lot of people in the industry. It was about getting those people together to start working.”

For 10 days, McNeal oversaw the development of the album. He says his initial goal was to showcase the label’s talent to others within hip-hop’s sphere. Achieving commercial success was a bonus.

“I knew during the sessions we had a number one album,” Derick Okolie, Head of Marketing and Strategy, said.

Revenge of the Dreamers III debuted at No. 1 on the Billboard 200 chart, moving 115,000 equivalent units. For many of the artists on the compilation, it was their first chart-topping and gold status-earning release. Its accompanying 30-minute documentary, produced by Lazer, garnered over 2.5 million views since its release in July.

In April, 40,000 people found their way to Dorothea Dix Park in Raleigh for J. Cole’s inaugural Dreamville Festival. Thousands had waited since September 2018 to experience the fest. Though the threat of Hurricane Florence was the reason for the six-month postponement, all was forgotten when gates finally opened.

Creative Director Adam Rodney and Senior Art Director Felton Brown were satisfied with the event. In an interview with Forbes, the two revealed that the delay allowed ticket sales to quadruple from their initial goal of 10,000. All 40,000 tickets sold out before the line up was announced.

Now that the team has established its roster, Brown says Dreamville will focus its efforts on implementing more social impact initiatives.

“At the center of all this is a story,” Rodney, who is also a silent partner in the company, explained. “We’re going to continue to tell the story through the music, as well as find other mediums to tell the same story.”

Enter Raeana Roberson. As Fashion Director, Roberson is leading the charge to expand the label’s apparel business beyond the current merchandise pieces available. Her vision mirrors Rodney’s – to ensure Dreamville is as well-represented in other industries as it is in music.

Within the past five years, Dreamville’s staff has helped establish an entity that is equipped to endure the long-haul. Though it’s unknown what endeavors the company will venture into, each team member will likely be ready and willing to execute on all fronts.

”Dreamville is a place where our dreams live and our fears die,” Robinson added. “We started this as a family and we’ll end it as a family.”