I’m not sure if this is specific to the computing science department, but my course syllabi always include an exhaustive section detailing SFU’s Academic Dishonesty policies. On top of that, my first year professors absolutely drilled the threat of being caught cheating into our impressionable little brains. As such, the fear of plagiarizing has become so deeply ingrained in me that it’s even seeping into this week’s edition of Monday Music. Could a cover of a song be considered plagiarism? Would SFU determine that a cover violates the Student Academic Integrity Policy, giving the covering band a grade of FD — “Failure with Academic Discipline”? These are the types of questions that keep me up at night.

We’ll probably never know where SFU officially stands on the issue of cover songs, but here are three of my all-time favorite covers for you to listen to as you check your sources and embed your MLA-style citations. 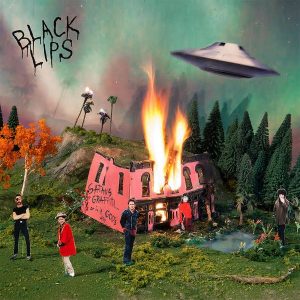 “It Won’t Be Long” is the opening track on the Beatles’ 1963 record With the Beatles. Legendary Atlanta garage rockers Black Lips included a cover of the song on their eighth record, Satan’s Graffiti or God’s Art?, in 2017. However, their version comprises a sinister-sounding, stalker-esque warning rather than a happy-go-lucky, romantic ode to a far away lover. Black Lips covering a Beatles song was so unexpected for me that when I first heard their version of “It Won’t Be Long,” I worried that they were ripping off the Beatles and would be drowning in lawsuits until the end of time. Then I remembered that covers are a thing and that John Lennon’s son, Sean Ono Lennon, had produced SGoGA?. With my litigious concerns alleviated, “It Won’t Be Long” became one of my favorite tracks on the record. 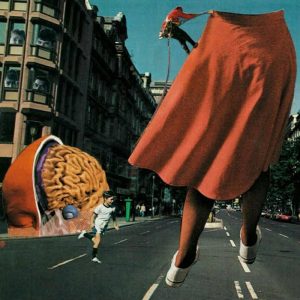 “La Bamba” is actually a traditional folk song from the Mexican state of Veracruz. It first rose to popularity when it was covered by Ritchie Valens, who released a rock and roll version of the song in 1958. Valens’ version of “La Bamba” was such a banger that it was even included on Rolling Stone’s 500 Greatest Songs of All Time, at #354. In 2015, Los Angeles-based band The Buttertones released a cover of “La Bamba” on their four-song EP For the Head and for the Feet. The Buttertones are known for their soulful crooning and smooth, retro sounding tunes, but “La Bamba” is perhaps the most raucous, lively track they’ve released. The recording is fuzzy and reverberant, evoking feelings of messy house shows and spilled drinks. 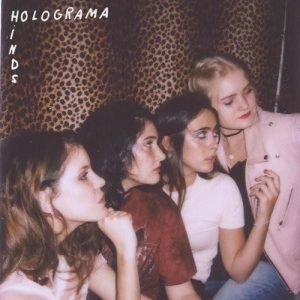 “When It Comes To You” is the opening track on Vancouver garage rock band Dead Ghosts’ debut record S/T. My favorite Dead Ghosts song, it’s upbeat and fun — probably the band’s most danceable. In 2016, Madrid-based indie/garage girl group (hell yeah, female representation) Hinds released their cover of the song, taking it in a more heartfelt direction. The melody and lyrics might be the same as the original’s, but Hinds slow the song down considerably to really highlight founding members Carlotta Cosials’ and Ana Perrote’s vocals. No longer a song to jump around to at the sweaty Biltmore Cabaret, Hinds transforms “When It Comes To You” into a song for slow dancing under the moonlight.