All of the Monday Music for the Summer 2020 semester is now be available on The Peak’s Spotify Playlist, Monday Music Summer 2020. Don’t forget to follow thepeaksfu on Spotify to listen more easily!

With Pride Month finally upon us, there’s no better time to celebrate queer artists and songs with queer themes! Personally, as a wlw (women-loving-woman), there’s nothing I love more than a good bop that I can project all of my yearning onto.

Interestingly, whether it was a lack of content available to me or a lack of awareness, I can’t recall a lot of explicitly queer songs being mainstream when I was a baby gay back in 2013. Luckily, there seems to have been a refreshing surge of talented LGBTQ2+ artists hitting the radio to spread all of that healthy gay propaganda assisting the ever famous agenda!

In celebration of both the upcoming 51st anniversary of Stonewall (which Pride Month is held in commemoration of) and the continuing vitality of all those sweet gay tunes, here are a few of my favourite bops to yearn to. 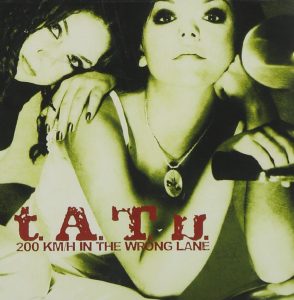 This song’s lasting presence on my Pride playlists owes itself primarily towards my personal nostalgia. Russian duo T.a.t.U’s hit sprang onto the music scene back in 2002, and stirred plenty of controversy in 2006 with a suggestively lesbian music video in which two school-aged girls develop feelings towards one another. While the video certainly has its fair share of issues in the way it heavily sexualizes lesbianism, the song itself admittedly has a special place in my heart due to it being the first gay song I ever came across. I can quite viscerally recall a younger me jamming out to this song and wondering what the heck the lyrics meant. Just you wait, kiddo.

“All I want is to be your girl” – Holly Miranda 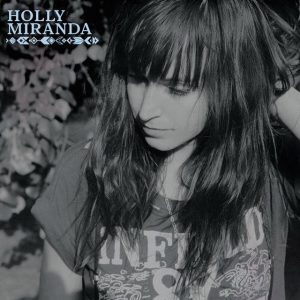 As a hopeless romantic, I’ve had my fair share of unrequited crushes and nights spent yearning. This singer-songwriter bop perfectly captures those imagined scenarios with fantastical lovers embarking on indie-movie worthy adventures by one another’s sides. Coupled with dreamy guitar and echoey vocals, this jam is perfect for thinking about your crush and wondering who will make the first move when you’re both too shy to approach your romantic feelings towards one another. Yes, I’m definitely speaking from my lived experience of being a massive chicken when it comes to expressing my feelings. 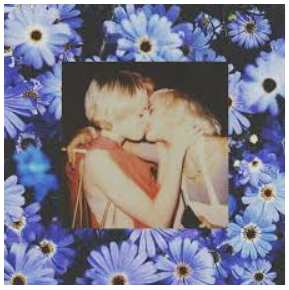 Recently, this song has been making its rounds on popular social media app, TikTok, and for good reason. Norwegian-born Marie Ulven has become well known for her self-produced bedroom-pop music relating to both queer themes and mental health. “Girls,” in particular, stands out to me as a quintessential coming out song, where the singer remarks on her feelings towards the same sex as well as her doubts towards her sexuality being a “phase” or a “choice”. Recently, after several of her fans criticized straight couples using her music in their videos, she tweeted: “ [ . . . ] feelings are universal. music doesn’t have a sexuality. YES i like tits but jeez MY BOPS ARE FOR EVERYONE.” 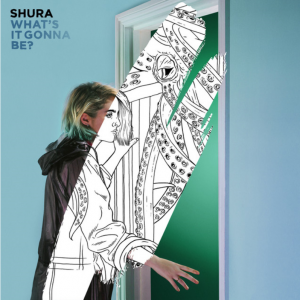 This absolute banger has made it onto this playlist after I discovered its music video several years ago on Tumblr. It explores tropey high school characters and unexpected romantic feelings complicating situations. Like “All I want is to be your girl,” this song explores the inner daydreams about our crushes, and the frustration associated with being in limbo when you don’t know the other’s feelings. For the sake of not spoiling the music video, I highly recommend that you check it out for the equivalent of a cheesy coming-of-age show compacted into four short minutes. Seriously. Netflix, get on it.