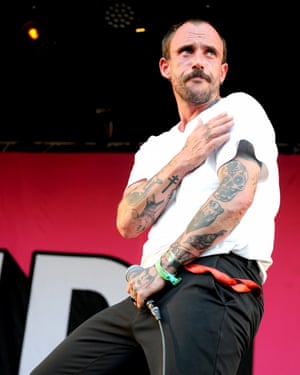 Industry experts have hailed the return of political music in the run-up to this year’s Mercury prize, with British and Irish artists on the shortlist addressing the hostile environment policy, austerity and racism.

The award show, which takes place on Thursday, is seen as a barometer of the country’s musical pulse. This year’s nominees have been described as the most political ever, with acts such as Dave, slowthai, the 1975, Fontaines DC, SEED Ensemble, Little Simz andIdlescommenting on the political landscape through their art. From the explicit punk of Idles to the more personal politics of Dave and the 1975, representations of the everyday realities for those who live with decisions made in Westminster are scattered throughout.

“I think there are lots of different types of politics in the shortlist,” said Jeff Smith, head of music for BBC Radio 2 and 6 Music, who has judged the awards for nine years. “There’s the politics of austerity, climate change, urban decay, the politics of the heart and the mind. It’s interesting to see how they reflect life for modern British people and the conditions they’ve found themselves in over this last year.”

Joe Talbot of Idles: ‘Our aim is to start conversations – political and personal – where everyone can feel safe to join in’ Photograph: Shirlaine Forrest/WireImage

The Mercury prize isn’t known for being particularly political. Anohni’s Hopelessness in 2016 took on Barack Obama’s legacy, America’s drone bombing and climate change. A decade earlier, Radiohead’s Hail To The Thief and Thom Yorke’s The Eraser articulated the nadir in public trust that Labour faced after the Iraq war protests and the death of Dr David Kelly. PJ Harvey’s Let England Shake, Dizzee Rascal’s Boy In Da Corner, Asian Dub Foundation’s Rafi’s Revenge and Plan B’s Ill Manors are all shortlisted records that have all made political statements, but they were lonely outliers among their fellow nominees. In 2019 that has changed.

Daisy Jones, associate editor at Vice UK, believes the reason is two-fold. “It could be a reflection of our times: Britain is particularly chaotic at the moment, but it could also be a reflection of the judging panel, which has people like Stormzy on it, choosing albums that are more relevant.

“It’s definitely the most overtly political list in recent years. Dave has been consistently outspoken about Grenfell, slowthai’s album is an angry critique of modern Britain. Even just looking at the names of the albums of the list you’d assume they are political.”

Slowthai, real name Tyron Kaymone Frampton, who received a nomination for his debut album Nothing Great About Britain, told the Guardian his record was about shedding light on marginalised groups. “I love this country but I feel like we’re losing sight of who actually holds the power and what makes us great. It’s the people, the communities, the small places that are forgotten, everyone that’s striving.”

Cassie Kinsohi, the leader of SEED Ensemble, said her band’s record was both a “celebration of what it means to be a young black British person” in 2019 and a critique of the UK inspired by the political jazz of Jackie McLean and Charles Mingus. “Jazz has always been an art form that’s discussed oppression and black history,” she said, “and a lot of musicians are using their medium to critique these things.”

Idles’ political messages and inferences are arguably the most explicit of any group shortlisted for the prize. “My blood brother is an immigrant,” Idles frontman Joe Talbot sings on the single Danny Nedelko, “a beautiful immigrant … He’s made of flesh, he’s made of love, he’s made of you, he’s made of me.” Elsewhere on the record he takes aim at toxic masculinity and small-town violence.

“I’m trying to turn politics from a game of risk into the stories of different individuals who are affected by the decisions made by politicians,” he said when asked about their approach before the release of their second Mercury Prize nominated album, Joy as an Act of Resistance, in 2018. 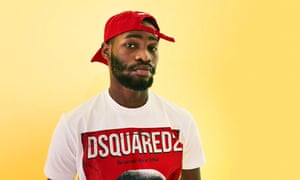 Carlos O’Connell, the guitarist of Irish band Fontaines DC, told the Guardian that Idles’ approach had worked for a reason. “Idles have connected with a big part of society because what they’re saying is something that people need to hear,” he said. “People want to feel like their anger is identified elsewhere, like in music.”

Other artists have focused on the personal to deliver their message. Dave, who won an Ivor Novello for his 2018 track Question Time which addressed Grenfell, NHS cuts and the war in Syria, is one of the favourites to win for his debut album Psychodrama – a record that pieces together tales from his life growing up in south London. Black, the album’s lead single focuses on the perception of black people in Britain. “Black is pain, black is joy, black is evident,” Dave raps. “It’s working twice as hard as the people you know you’re better than.”

Many have questioned the lack of protest music since the rise of Donald Trump and the societal ruptures caused by Brexit. For Smith, this year’s Mercury shortlist shows that the dial is starting to shift. “A year or so ago a lot of people were asking ‘where are all the protest songs?’ These aren’t necessarily protest songs, but they are reflecting how they feel about life and living in the UK.”