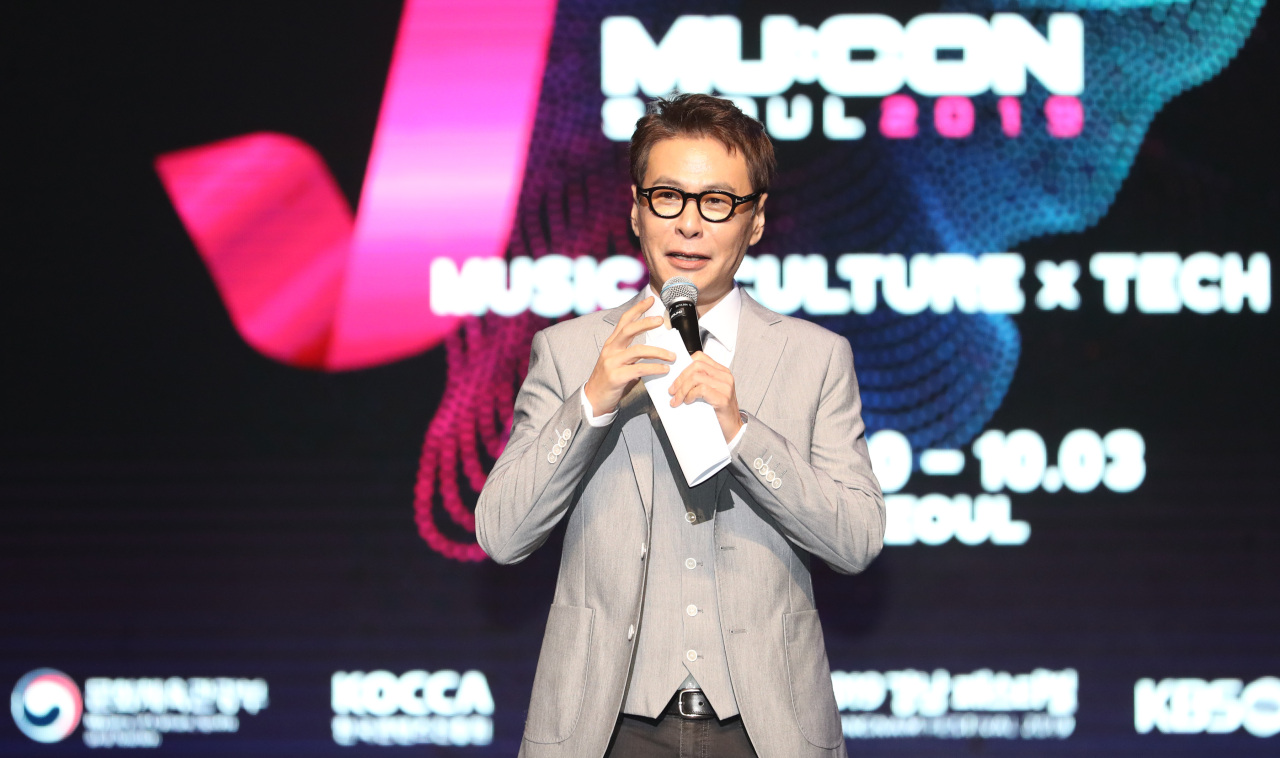 The 2019 Seoul International Music Fair, also known as MU:CON, will take place from Sept. 30 to Oct. 3 at Coex in Gangnam-gu, southern Seoul.

“I thought of myself as someone who has ears open to checking out new music, but there were many artists that I did not know about before. The screening process was as if I were being introduced to them,” Yoon Sang, the artistic director of the festival, said Thursday during a press event at a newly opened cultural complex on Nodeul Island, central Seoul. 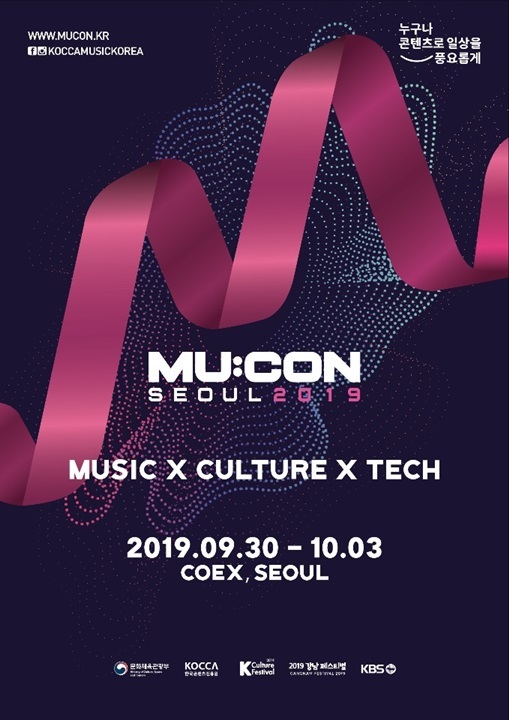 Poster for 2019 MU:CON (Korea Creative Content Agency)
According to Yoon, more than 300 musician teams signed up to participate in the event.

In addition to his role as artistic director, Yoon will also produce music for Singaporean R&B singer Aisyah Aziz, as part of MU:CON Collabo.

“I have produced for foreign musicians before, but have never used K-pop melodies in the tracks. I hope this event can open more opportunities for talented local artists and producers,” he said.

The new wave of K-pop and how music should evolve with technology are among topics that will be discussed at conferences organized as part of the music fair.

There will also be pitching and matchmaking sessions to connect local and overseas producers, buyers and industry officials.

In addition, directors from global music events such as South by South West (US), The Great Escape (Britain), and Reeperbahn Festival (Germany) are set to visit the showcase.

For more information, visit the event’s official website at www.mucon.kr or ticket.melon.com. The four-day event will be aired live via KBS1TV.