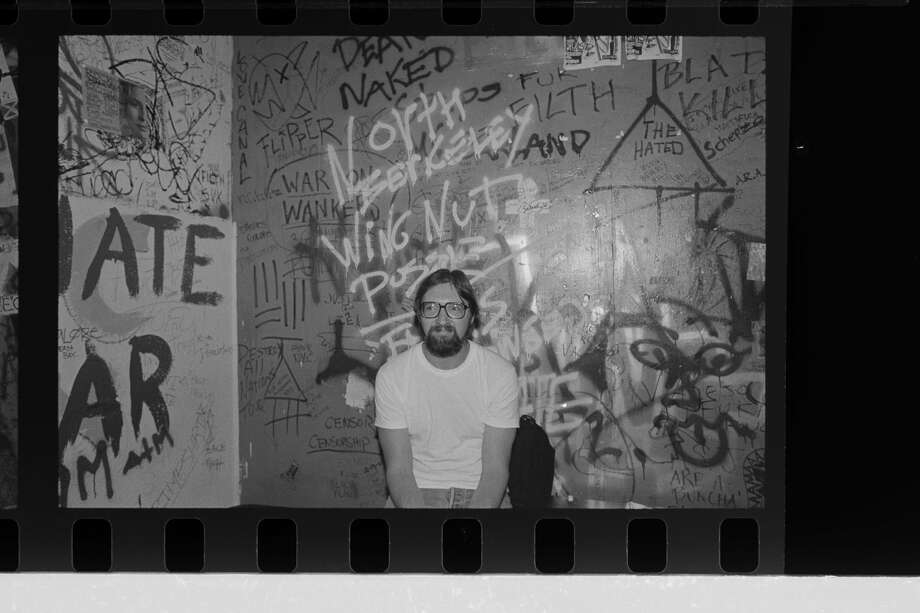 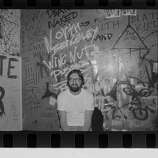 Deep in the cataclysmic imagery of one of Green Day’s most iconic albums, “Dookie,” a sketched depiction of East Bay photographer Murray Bowles is but a tiny detail; a bearded figure in glasses pointing his camera up toward the mushroom cloud bearing the band’s name.

Yet, the impact Bowles had on the Bay Area punk scene was arguably much larger, visually documenting the rise of several legendary bands and musicians in their early years: Green Day, Operation Ivy, Crucifix and Fang, to name a few.

But he was also known for frequently turning his camera toward the crowd beholding – and partaking in – the rowdy, thrashing scene that ensued at 924 Gilman’s shows.

The historic Berkeley venue plans to honor the late photographer, who died at his Sacramento home on Sunday at the age of 68.

“We couldn’t think of a better way to show off his life and what he did,” said Gretchen Fitzgibbon, house photographer and co-head booker at 924 Gilman Street. “He is one of the main reasons why Gilman – and the Bay Area in general – has any photographic documentation of the scene, going from the ’80s and ’90s to the early 2000s. He was at almost every show, taking pictures.”

The venue is asking patrons to share photos and stories of Bowles for a memorial wall it plans to set up by the end of the month. Fitzgibbon said they’ve received a handful of responses so far, including one from Larry Livermore, co-founder of Lookout Records. The label is perhaps best known for releasing Green Day’s first two records.

“We’ve gotten lots of stories about his life: how he was a caring person, how he was always there for people – and how he was never seen without a camera in his hand,” said Fitzgibbon. She is working on the project alongside co-head booker Mari Campos.

Raised in San Gabriel, Bowles moved to the Bay Area for school, attending UC Berkeley from 1973 to 1976, after which he started working as a computer programmer in San Jose, he told Maximum Rocknroll in a 2010 interview. From there, he met a few co-workers who were involved in the local punk scene, and he began writing reviews for Ripper Magazine in the 1980s.

On one fateful occasion, the magazine’s usual photographer, Tim Tonooka, couldn’t make it to a show, so he asked the budding creative to go in his place. Bowles’ enchantment with the crowd and the cacophonous music surrounding him was instantaneous. He and his camera became an ever-present fixture at house shows, warehouses and local venues, capturing thousands of photos portraying their chaotic atmospheres.

“I think it is important to document the Bay Area. Other scenes have been documented pretty well,” he said at the time.

Since then, Bowles’ work has appeared in album cover artwork, wide-ranging print publications, and most recently in the 2017 documentary, “Turn it Around: The Story of East Bay Punk.” Narrated by Iggy Pop and produced by members of Green Day, the film chronicles over 30 years of the Bay Area’s punk history, with a focus on 924 Gilman.

For Richie Bucher, the artist behind “Dookie,” including Bowles in the sea of faces covering the album was a no-brainer.

“For me, he’s the most important part of that drawing,” Bucher told KQED Arts, adding he originally planned on including everyone in the Berkeley punk scene, but the task soon became insurmountable. “I don’t know if I thought about it at the time, but I realize now that by putting him in there, I wasn’t leaving anybody out. Because everybody from our scene could connect to him.”

Many said they became friends with Bowles simply because he remembered them as individuals rather than a blur of faces in the crowd. Occasionally, he would present someone with a photo he had taken of them dancing at a show from the week before. Other snapshots were sold out of his backpack for just a few cents each.

“I was about 13 when I first met him, buying five photos for a dollar,” Chris Corvello wrote on the 924 Gilman Facebook page.

His love of people and community-oriented attitude toward photography was what inspired Fitzgibbon to pick up a camera.

“I loved how he always took photos of people smiling, not just the bands. No matter who you were, what you did, if you were on stage, working the front door at Gilman, if it was your first show – he made you feel like you were an important part of it all,” she said.

Green Day frontman Billie Joe Armstrong shared a photo of “Dookie” on Monday, removing the explosive backdrop and narrowing in on Bowles: his right arm outstretched, camera at the ready.

If you would like to contribute a photo or story to the memorial at 924 Gilman, e-mail Gretchen Fitzgibbon at [email protected]