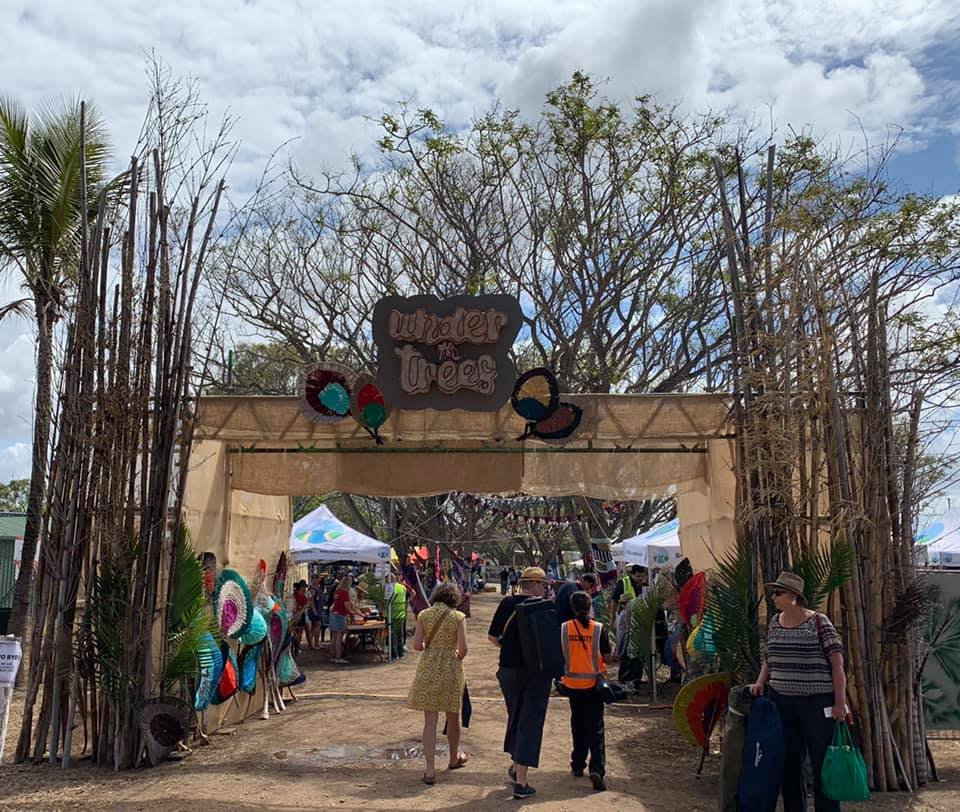 EARLY morning rain gave organisers a fright but the third annual Under The Trees music festival proved to be another great success.

At least 2000 people attended Saturday’s event, immersing themselves in the music, arts and vibe of the Boyne Island venue.

Under The Trees committee president Gaston Boulanger was thrilled with how the day and night panned out.

“The music was pumping, we had a really great atmosphere, the bands loved it and the crowd loved it,” Mr Boulanger said.

Organisers and an army of about 50 volunteers were meticulous in their preparation with no stone left unturned as far as presentation was concerned.

“The way the stage was with the Under The Trees logo looked spectacular, the paintings and art gallery where all local artists put their work together in a big tent looked absolutely awesome,” Mr Boulanger said.

“It’s a music and arts festival so we really wanted to get all local artists involved and you saw that with the detail of every tent and gazebo dressed up with paintings and sculptures.

“When you walked through the festival it was like a fairyland – the lighting had so much detail – it was like being in a different world.

“People who know the feel of being at the (Jacaranda Dr) sports fields didn’t have that feeling they were there.

“It was once again a real community event with BITS Sharks soccer club running the bar and food run by Rotary.

“There were no incidents and everything went really smoothly.”

Mr Boulanger said it would noy be long until the committee started its planning for next year’s event, likely to be held on September 19.

“To build up a festival like this is a lot of work … everything is dressed in detail and fortunately we have a lot of volunteers,” he said.

“I’ve been pre-booking bands for next year so we again have the best of the best coming to Boyne Island.”