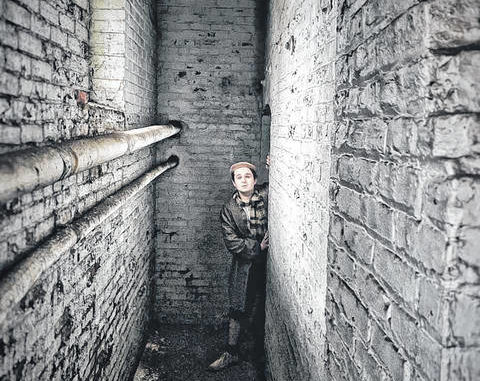 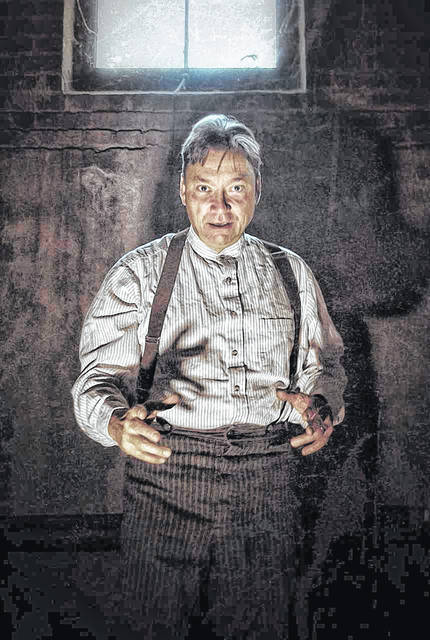 Larry Vojtko, of Wyoming, has the title role in the Music Box Playhouse production of ‘Sweeney Todd,’ a role he’s wanted to play for years. – Submitted photo 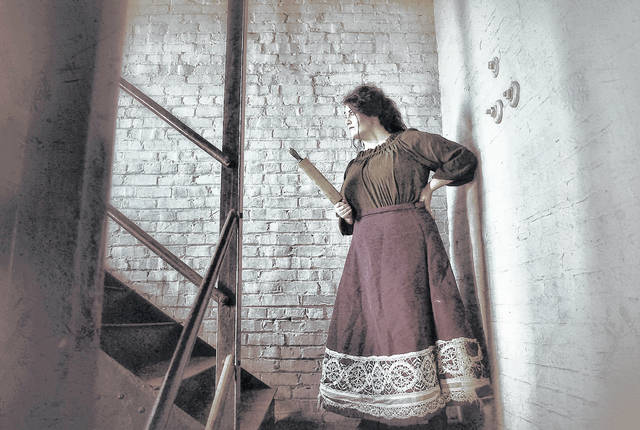 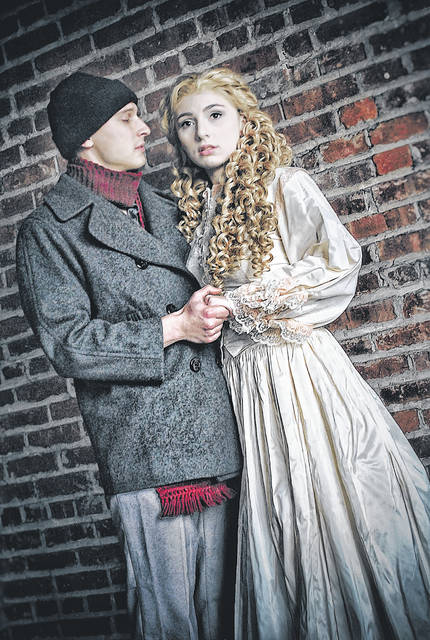 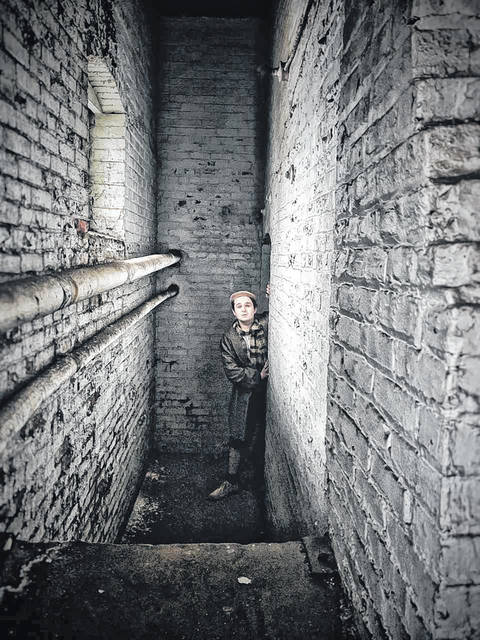 Can you imagine sticking your neck out for a barbers’ competition? One in which speed and straight-edge razors are factors?

Two characters in “Sweeney Todd: The Demon Barber of Fleet Street” stepped forward Monday night during a rehearsal of the Stephen Sondheim musical at Music Box Dinner Playhouse in Swoyersville. One allowed Sweeney Todd to shave his beard, and the other let a street barber named Pirelli have a go at his face.

Todd proved to be the better barber. But in Victorian England, barbers also were called upon for dentistry. As the competition continued, Sweeney found a bystander with a sore tooth who was willing to have it pulled.

Pirelli, finding no volunteer, turned to his assistant, Tobias, and started pulling a perfectly good tooth. Oh, how the youth, played by local thespian Davy Janoski, flailed and groaned in a scene that will likely have audience members raising protective hands to their own mouths when the show opens on Oct. 18.

And, if you think that’s gruesome, just wait until Sweeney Todd starts slitting people’s throats and sending their bodies to his landlady, Mrs. Lovett, who needs something to stuff her meat pies.

“He is a madman,” said Larry Vojtko, of Wyoming, who is enjoying the title role and the music it allows him to sing. “But he’s not one-dimensional. A corrupt society corrupted him.”

“I don’t see him as a complete villain,” Vojtko continued. “He is a murderer, but Mrs. Lovett is playing on his distress, goading him. He’s the murderer, but who chops up the bodies? She does the butchering.”

Alice Y. Lyons, of Wilkes-Barre, who plays Mrs. Lovett, agrees her character is a master manipulator.

“She plays a key role in how Sweeney Todd turns into a serial killer,” Lyons said. “Even though it may appear Sweeney is truly evil for what he does, she is the underlying Machiavelli, driving that evil to fruition.”

“She’s fascinated by him,” Lyons said, “and eager to do anything to catch his fancy.”

Also responsible for a huge share of villainy are the corrupt officials — a judge and a beadle — who cast their lustful eyes on Sweeney Todd’s wife more than 15 years earlier and arranged for Todd to be sent to prison in Australia.

If not for those two characters, Vojtko said, “Sweeney Todd could have had a fine life. He was an excellent barber.”

Vojtko, who last appeared on the Music Box stage four years ago, in the leading “South Pacific” role of Emile De Becque, said he’s wanted to play Sweeney Todd for a long time.

“It’s my third time to be in the show,” he said. “When I was younger I played Anthony (the love interest for Todd’s daughter, Joanna) and later I played the judge. Now with this role, it’s a Sweeney Todd trifecta.”

Vojtko’s son, Jonathan, is working on the sound design for the show, concentrating on appropriately eerie dockyard sounds “that will make the audience feel like they’re right there.”

“It’s so cool” to watch his father in rehearsal, the younger Vojtko said. “I’m so proud of him.”

Director Mike Marone said Halloween is the perfect time for a macabre show like “Sweeney Todd,” but added it’s not entirely gruesome.

Angela Lansbury originated the role of Mrs. Lovett on Broadway, winning a 1979 Tony Award for her portrayal, “and she’s a comedic actress,” Marone pointed out.

Mrs. Lovett does provide some of the lighter moments in the show, said Lyons, who early in Act I shows the character baking with vicious gusto — not only poking and prodding the dough but slamming it with a rolling pin as if, well, she wouldn’t mind putting it out of its misery.

What: Sweeney Todd: The Demon Barber of Fleet Street

For all shows, audience members have the option of purchasing a dinner and show ticket or a “show only” ticket. There is also an option of Sunday brunch instead of dinner.

Larry Vojtko, of Wyoming, has the title role in the Music Box Playhouse production of ‘Sweeney Todd,’ a role he’s wanted to play for years.

Adam Zawatsky and Marissa Moku, portray the young lovers Anthony and Johanna in the Music Box production of ‘Sweeney Todd.’