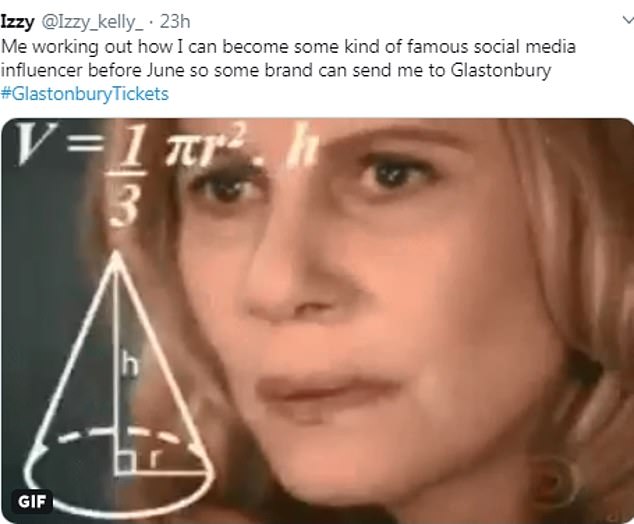 By Chloe Morgan For Mailonline

Frustrated music lovers from across the nation have revealed their ‘soul destroying’ attempts at getting tickets for Glastonbury 2020 on social media.

With the 50th anniversary of the music festival coming up, fans woke up early yesterday morning to try and bag themselves a ticket – however, not all of them succeeded.

And those who missed out were quick to take to Twitter – and opted to illustrate their disappointment through the use of amusing memes.

One shared a picture of a maths equations and wrote: ‘Me working out how I can become some kind of famous social media influencer before June so some brand can send me to Glastonbury.’

Another posted a picture of a woman crying into her ice-cream alongside the sarcastic caption: ‘Didn’t want to go to Glastonbury anyway.’ 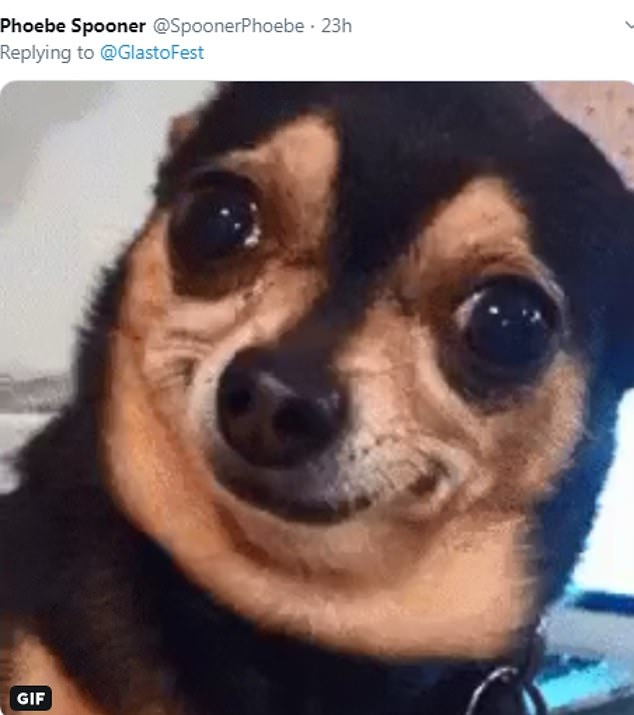 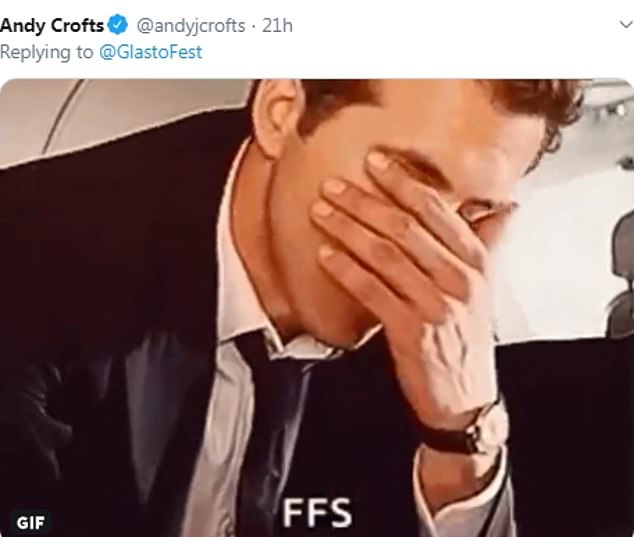 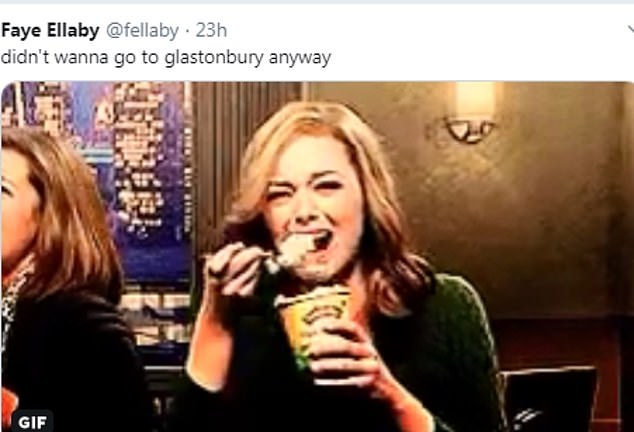 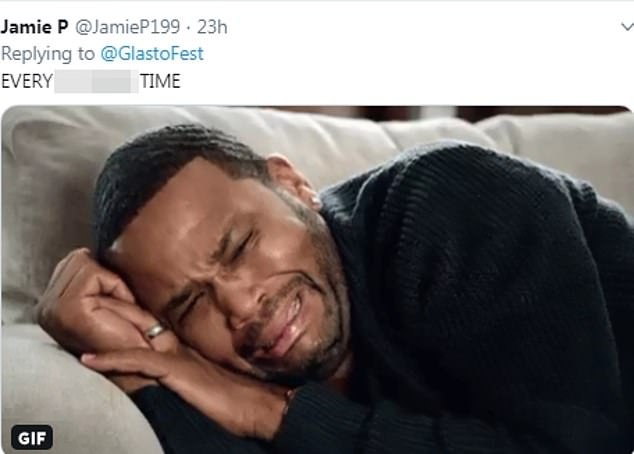 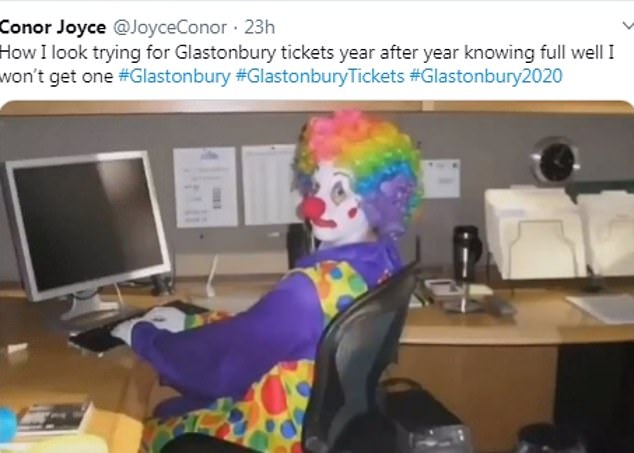 The 2020 festival, which takes place June 24-28 on Worthy Farm in Somerset, will return next year – and while the lineup is yet to be announced, rumours include the likes of Paul McCartney, Fleetwood Mac, and Elton John.

And thousands of eager festival goers were gutted to miss out on next year’s action – and didn’t hold back.

‘Seven years I haven’t got one! 7 YEARS IN A ROW!!!!!’ raged one, while another joked: ‘It’s easier to get into Glastonbury by learning an instrument, forming a band, going on tour, getting signed, releasing a few albums, making millions and getting invited to headline the pyramid stage. Rather than just buying tickets off that website.’

Others commented on the fact the site kept crashing once they’d finally managed to get through to the registration page.

‘It’s a massive joke, site kept crashing, when managed to get to the page reg details in then kicked out when asking for payment. Need to sort it out,’ wrote one, while another penned: ‘Hands up if you put in your details and the site crashed.’

A third added: ‘Same thing happened to me I was literally entering bank details, how can that even be allowed!’ 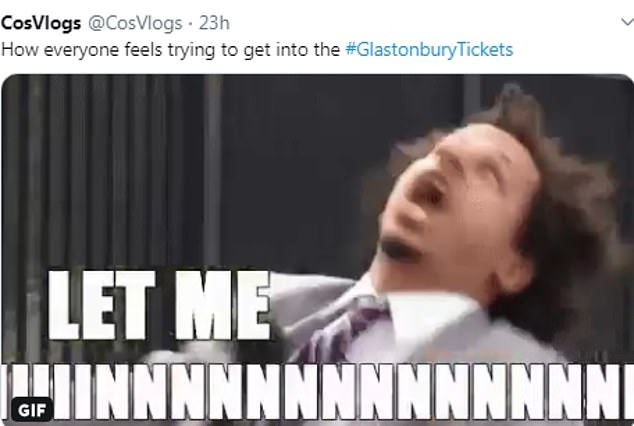 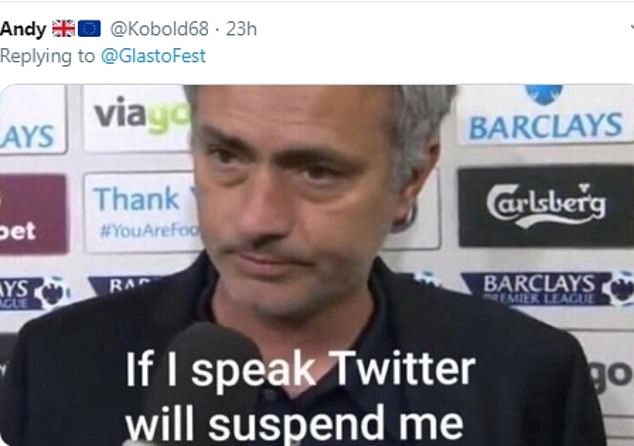 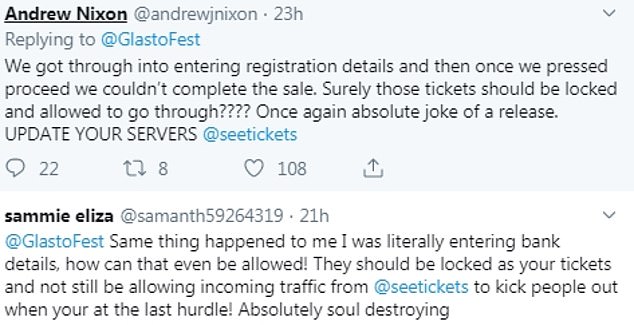 While some opted to express their disappointment through a series of amusing memes, others simply penned their frustration bluntly

‘They should be locked as your tickets and not still be allowing incoming traffic from @seetickets to kick people out when your at the last hurdle! Absolutely soul destroying.’

Meanwhile, others took the opportunity to comment on the fact the same people seem to get tickets every year and advised Glastonbury release a fairer system to give everyone an equal chance.

‘Ballot next year please,’ suggested one. ‘It doesn’t seem fair that some people have been 15 years in a row whereas I have never managed to get past the holding page,’ while a second agreed: ‘I think they should release 10k for people who have never been!’

A third infuriated customer added: ‘We got through into entering registration details and then once we pressed proceed we couldn’t complete the sale. Surely those tickets should be locked and allowed to go through???? Once again absolute joke of a release. UPDATE YOUR SERVERS.’

A fourth asked: ‘Why are 2.2 million people allowed to register when only 10% of those can possibly get tickets? Registrations should be deleted and capped at a certain amount every year. Absolute joke.’ 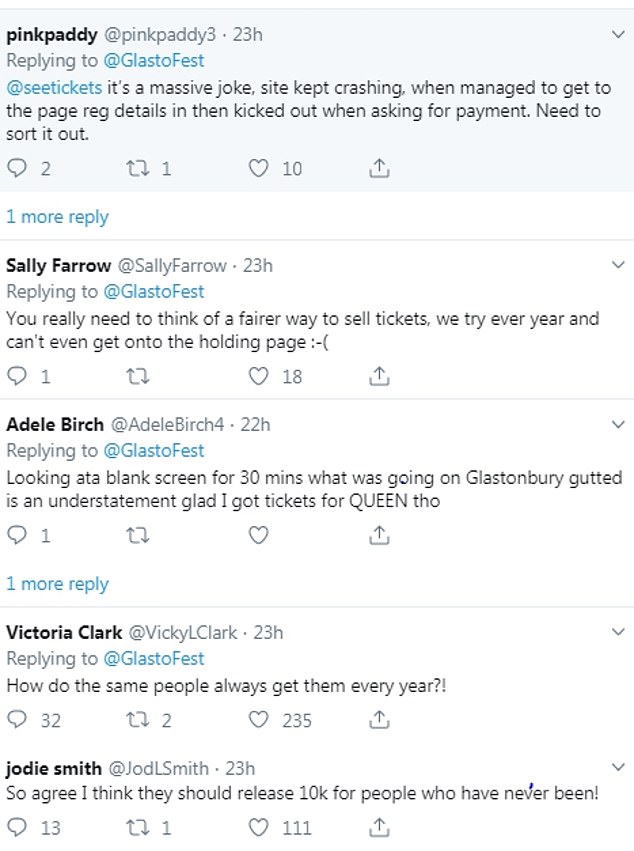