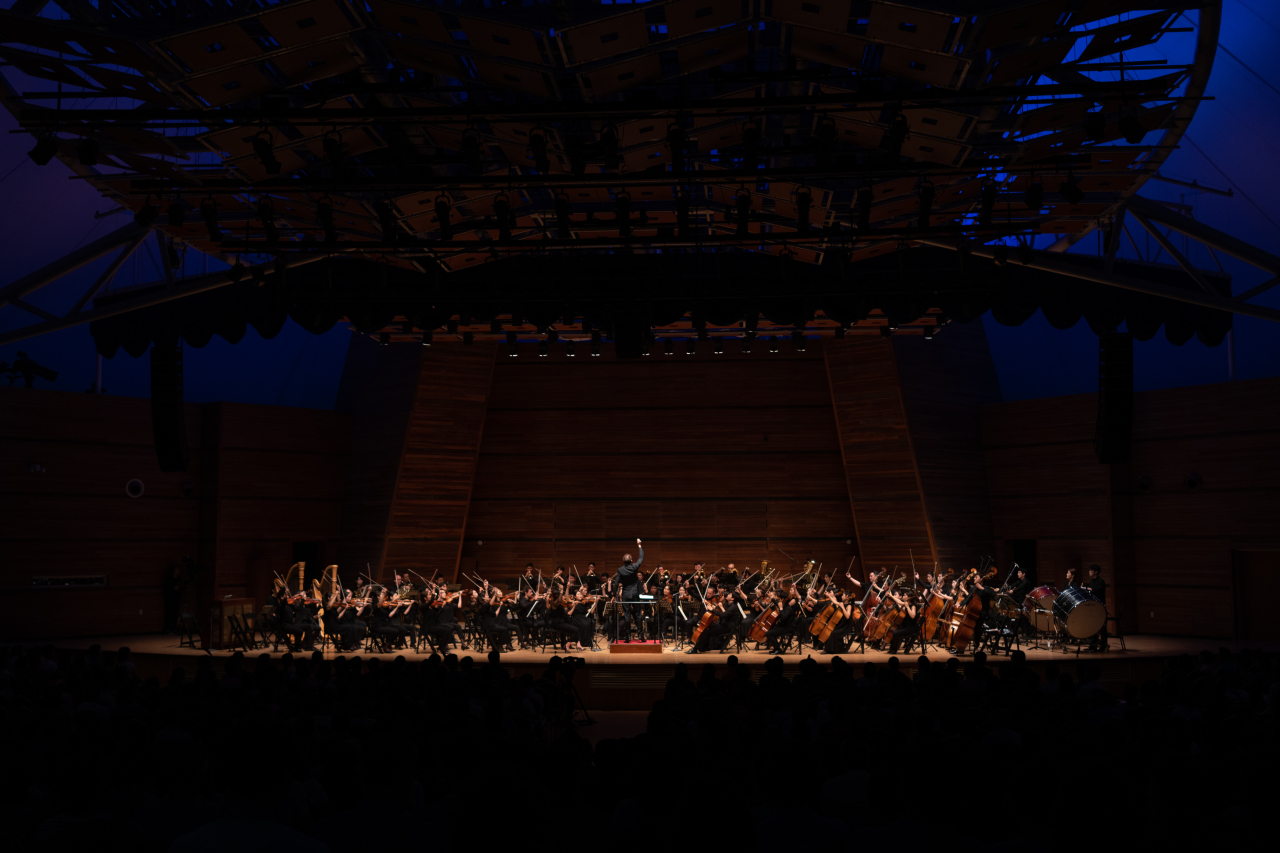 The finale concert, “Happily Ever After,” took place in the Alpensia Music Tent, with the PyeongChang Festival Orchestra taking the stage under the baton of conductor Pablo Gonzalez. The summer music festival, titled “A Different Story,” kicked off July 31 in the Olympic city of PyeongChang, Gangwon Province.

“Happily Ever After,” the finale concert for the 16th Music in PyeongChang event, took place Saturday at the Alpensia Resort in PyeongChang, Gangwon Province. (MpyC)
The presentation marked the 210th anniversary of the birth of German composer Felix Mendelssohn, the 120th anniversary of the birth of Bulgarian composer Pancho Vladigerov and the 150th anniversary of the death of French composer Hector Berlioz. To commemorate the three musical greats, the program featured Mendelssohn’s “The Hebrides” Overture, Vladigerov’s Violin Concerto No. 1 in F minor and Berlioz’s “Symphonie Fantastique: An Episode in the Life of an Artist.”

According to the organizers, extra seating had to be made available for three sold-out main concerts, “Muss Es Sein?” “Bohemian Rhapsody” and “The Classic.”

Music in PyeongChang, originally launched in 2004 to promote the PyeongChang Olympics, has continued its legacy. The next edition will follow this winter at the same location.