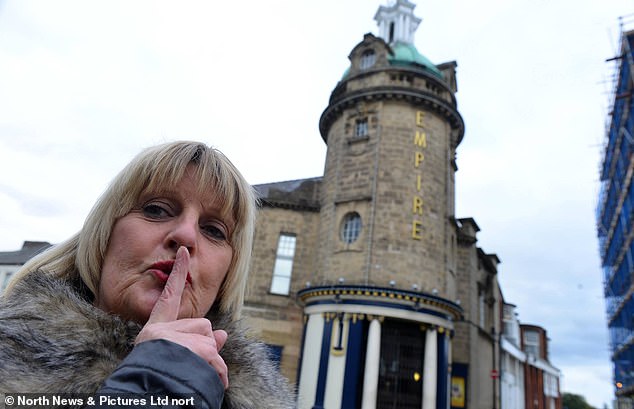 Stop, in the name of love! Music fans told to cease singing by theatre staff at Motown the Musical storm outThe group attended the West End hit, which is currently touring around the UKThey were made to feel ‘uncomfortable’ by staff at Sunderland Empire Theatre Lesley Powell, 53, went to the theatre with her daughter, sister and cousin

By Joe Middleton For Mailonline

Music lovers stormed out of a production of Motown the Musical after staff told them to stop singing along.

Lesley Powell, 53, went to the theatre with her daughter Natalie Johnstone, 31, sister Lee Wyatt, 52, and cousin Christine Mackley, 51, and had spent around £100 on their tickets.

The group attended the West End hit, which is currently touring around the UK, at the Sunderland Empire Theatre and said they were made to feel ‘really uncomfortable’ by staff who asked them not to join in with the songs.

They assumed that audience participation was welcome in the hit show that features classic tunes such as Signed, Sealed Delivered (I’m Yours) by Stevie Wonder and Stop! In the Name of Love by The Supremes.

But the 53-year-old said just a few bars into a rendition of Reach Out I’ll Be There by Four Tops, they were told to be quiet by theatre staff.

Lesley Powell, 53, (pictured) went to the theatre with her family, but claims staff told them to be quiet during the songs at production Motown the Musical

They were left feeling their evening had been spoiled and felt obliged to leave the show just 30 minutes after the curtain went up.

Lesley, an assistant school cook from Pennywell in Sunderland said: ‘We were really looking forward to it. We thought it was just music, but it’s a story too and obviously we were quiet during the talking parts.

‘When they started singing on the stage, we joined in.

‘But a member of staff said: ‘Can you be quiet.’

‘We weren’t dancing, we were sitting down. It wasn’t a health and safety issue.

A bouncer kept walking past us and made us feel really uncomfortable.

‘A woman in front of us asked what was going on. When we told her we’d been told to stop singing, she said: ‘You’re joking!’ 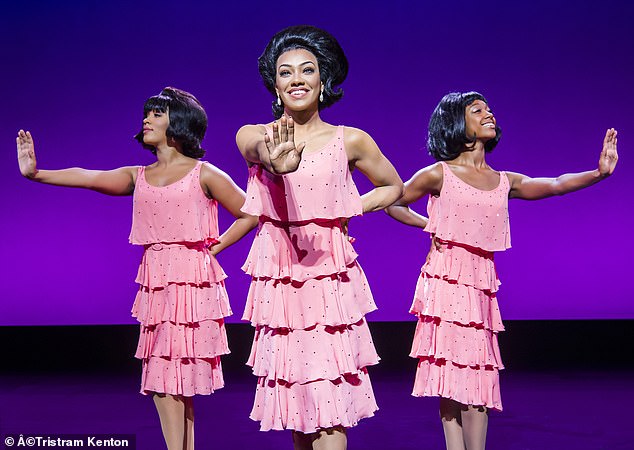 A scene from Motown The Musical, at The Alexandra Theatre, Birmingham last year

Lesley is a regular visitor to the Empire but said she has decided against going to future shows after her experience.

Lesley said: ‘I’ve said I’m not going any more. My other daughter was going to see Thriller in February, but she’s not bothering now. The people on the stage don’t want you sitting there with your arms folded.

‘The supervisor in the foyer said we were welcome to go back in but we told her we weren’t enjoying the show because of what happened.

‘We’re not that bad at singing! We sang a few songs in the pub instead and no one told us to shut up there.’

Vicki Medhurst, manager of Sunderland Empire Theatre said: ‘As per venue policy, if any customer is talking through a performance (or in some instances singing), and it is deemed to be potentially spoiling the experience of others, they will be politely asked to refrain from doing so.’