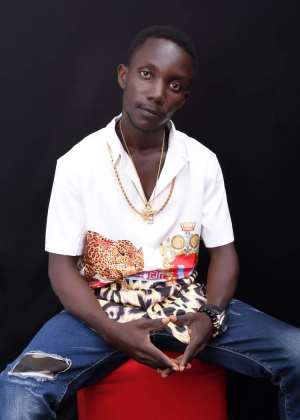 Tiemat Records first signee rising music star Yayo, a young versatile artiste from Takoradi who has so many streets followers and music fans claims doing music pays a lot than any job in Ghana.

The musician explains, Ghana and Africa as a whole don’t value talent but they do value white jobs than talent and craft. Also, he alleged in Ghana the Authority and most people in power sleeps on the creative Art sector making it the worse choice for the average Ghanaian youths who finds interest in there to meets their goals

Yayo who is credited as the most vibrant musician with good stagecraft in the western region and with his trending single song Wala Fawh3 promises to drop another road to Christmas song dubbed ‘Chipolopo’ which will have a surprise release on a blue moon.

He added, Many great countries in the world today became notable because of their music stars, Meanwhile he mentioned countries like America with their legend 2pac, Great legend like Michael Jackson whiles Bob Marley, Culture, Peter Tosh and other great legends were all a national assets to and it really boosted the Jamaican tourism, whiles gradually we have grown to understand how positively music has gradually changed the image and history of Africa.

YaYo confirms one payment for hiring a musician is worth a hundred thousand dollars per gig for just an hourly performance and this is what makes talent and being a musician pays much than any job,