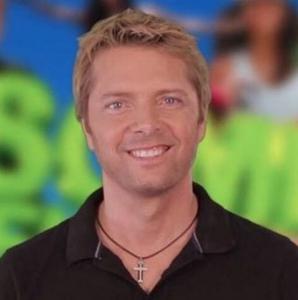 ORLANDO, FLORIDA, UNITED STATES, April 26, 2018 — Orlando, FL – The award-winning, anti-bullying program “Y i Count” will be hosting its first annual gala and auction, tomorrow, April 27 at the Orlando Museum of Art. “Y i Count” is focused on assuring people of all ages of their unique role, importance and contribution to the world.

Tickets for this Gala event are $100 and can be purchased here: https://www.eventbrite.com/e/anti-bullying-award-winning-program-y-i-count-auction-gala-tickets-43465838493?aff=es2.

Bullying has been on the rise over the past decade and is now ranked by the CDC as the second leading cause of death among kids and adults ages 10-24. Teen suicides shot up more than 30 percent overall from 2010-2015. For girls, this increase went up a staggering 65 percent*. Bullying is so pervasive that it’s estimated that 160,000 kids stay home from school each day for fear of bullies**.

“Y i Count” is focused on using education, music and empathy to help reverse trends of suicide and depression and build up a new generation of people who celebrate and support each other’s unique qualities.

This anti-bullying non-profit organization was founded by internationally acclaimed vocalist STEPH CARSE, who will be speaking and performing at the event.

The “Y i Count” Award Recipient for 2018 will be MAKAILA NICHOLS, teen model and actress, and author of the book “BLATANTLY HONEST: Normal Teen, Abnormal Life.” Makaila explains, “Being a teenager today is one of the hardest jobs in the world. You have grades to maintain, obligations to extra-curricular activities, and soul-crushing pressure to excel at everything so colleges take notice. On top of it all, you’re forced to act as your own public relations manager because, thanks to social media, every bit of your life is on display.”

Carse is passionate about the issues surrounding bullying, which inspired him to write the anthem “Awesome” (https://youtu.be/PoH4B_xXzNo) and launch the “Y i Count” (www.yicount.org) campaign. “Bullying has become an epidemic in our nation, and we hope this event reminds people that words have power. Bullying is never ok. We want to inspire Orlando to start a movement that celebrates the uniqueness of each person.”

Carse is an award-winning songwriter, performer, recording artist and television producer. Known for his ability to draw people into a shared journey through music and visual media, his hyper-creative mind combined with charismatic charm has created an exceptionally loyal fan base. Carse has always shown a heart for causes, having co-written and performed the Official Song for The American Red Cross “Reach Out,” as well as writing and performing the lead song for the “Holiday Heroes” album which raised over $2 million dollars in net profit for The Special Olympics in Canada. Accolades for Carse include over 500,000 personal album sales; a 5-star, 36 show run for his Las Vegas show; and 5 awards from The Florida Motion Picture and Television Association for the one-hour TV special he created for PBS.

The “Y i Count” Auction Gala will be held April 27 at 6:00pm at the Orlando Museum of Art, 2416 N. Mills Ave. Tickets are $100 and include a full museum tour, professional photography session, cocktails, and hors d’oeuvres. For more information or to purchase tickets, please see: