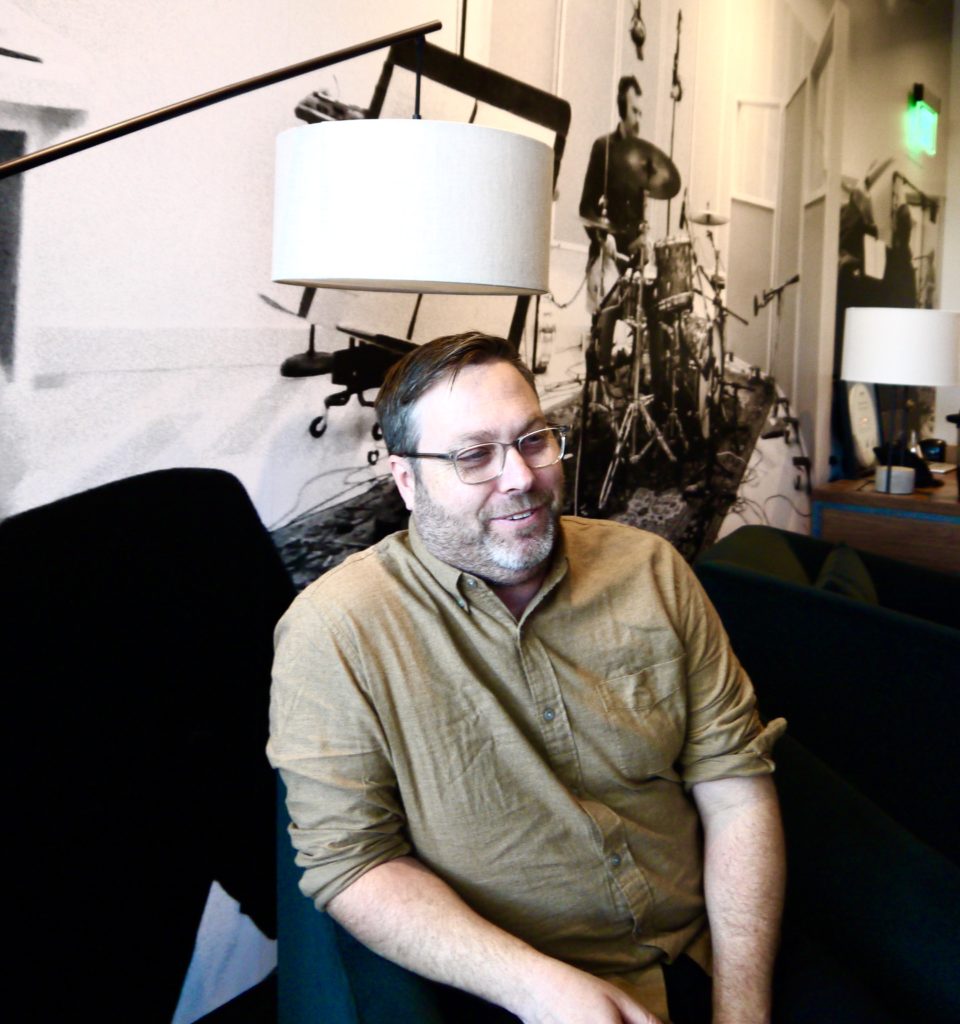 Scott Wiley grew up in Los Angeles with dreams of becoming a rock star.

He studied music recording at the University of Southern California, played in bands and worked in studios. After graduation, he and his family moved to Utah for a few years then went back to Los Angeles where he worked for seven years.

“I got to work on bigger-budget, major-label albums,” Scott said. “It’s fun to work in those storied studios.”

He said he decided to leave Los Angeles because he was never home to see his kids. He had liked Utah and the music community, and it fit his goals, so when Scott and his wife Sarah Wiley learned the house they had lived in before was available, they took it as a sign and moved back to Provo.

Now that he is back in Provo, Scott is reopening June Audio Recording Studios, which he had opened the first time he and his family lived in Utah.

He said he is excited to create relationships, mentor others and connect people in the community through music. Although working in Los Angeles was exciting and part of Scott’s dream, he said the friendships and community in Utah are more valuable than the fame or bigger budget he had in California.

This photo of Scott Wiley at June Audio Recording Studios when it was located at the Shops at the Riverwoods in 2014 hangs on the wall at the studios’ new location along with many other photographed memories. (Natalie Baugh)

“My favorite part of any project is the relationships that come out of it,” he said. He said he loves being friends with all the different people he has worked with and enjoys working through things together.

Scott plays guitar in the band The Lower Lights, which he and his friends started. He also occasionally plays bass for Mia Grace and plays with other artists who need his musical talent.

June Audio Recording Studios has had locations in a Provo house and in the Shops at the Riverwoods, but Scott said he always dreamt of building his own designed recording studio.

The new location for the studio is connected to a house in Provo that the Wileys previously lived in. The building has two new recording rooms.

“Having more than one studio is really designed to get more community going and more interaction,” Scott said.

Scott’s wife, Sarah, went to school at Brigham Young University and studied software engineering. She has been able to work in that field but has also been heavily involved with the music world like her husband.

Sarah co-founded the Rooftop Concert Series in Provo back in 2009. She knows the ins and outs of music and said she loves serving the community through music.

“We love Provo, we love music and we love Provo music,” Sarah said. “We like to help build a space that helps bring people together, brings the best out of people, helps them develop their talents and helps them have rewarding experiences.”

Rewarding experiences are reflected in two valuable life lessons Scott said he has learned. First, everything is secondary to a great song. Second, choose an environment and community that will be valuable in impact and not just for money.

“The artistic community here in Utah is more valuable to me than any notoriety or fame that could be a potential in a larger market with more well-known artists,” Scott said.

He also advises those in the music world to set goals and figure out what they want to do so they don’t waste time in areas that won’t help them achieve their goals.

He has made sure the studio will be perfect for Provo’s artistic community. Scott made sure designers added artistic elements, lights in the rooms that change colors and quieted air conditing to help people creating music.

“We have these lights in each room and try to set a mood for artistic things. It gives somebody a different feeling. It helps people feel more artistic and more free to express themselves,” Scott said.

In addition to the two recording rooms, Scott also built a room to show his huge collection of instruments. He said he has been collecting amplifiers, guitars, drums and other instruments for as long as he can remember.

June Audio Recording Studios engineer Maren Belnap works with the producers. When musicians come to record, they bring a song, and the producers help mix and master the tracks to add effects and make them ready for different music platforms.

Scott Wiley said he hopes his studio can be a community space for musicians to create. (June Audio Recording Studios)

“(Musicians) work on perfecting the idea of the song,” Belnap said.

The recording rooms are open to musicians to schedule and record. Scott has helped produce albums by The National Parks and Hilary Weeks. His studio was also used to record John Legend for BYUtv.

Sarah speaks highly of Scott in his endeavors.

“He has great vision. He’s super talented. He’s really humble,” Sarah said. “He really genuinely feels like he wants this to be a community space.”

Sarah said there’s something at June Audio Recording Studio for everybody.

“He’s so excited to share it and let people in and hopes that people can see themselves here in some way,” she said.