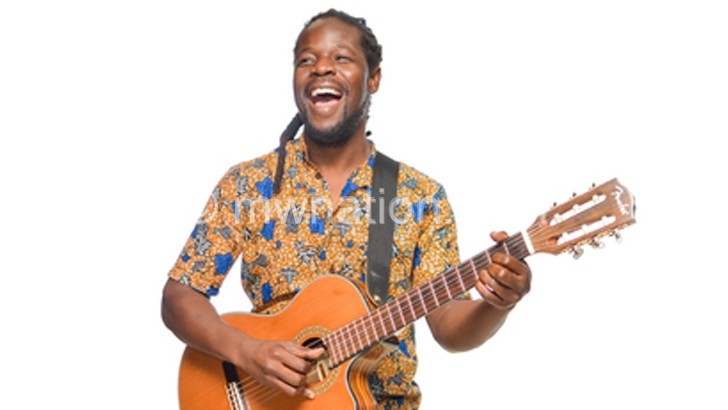 Music Against Malaria project says it is confident that the
cultural festival it will stage this year will boost its fundraising drive.

The initiative, which is championed by musicians Code
Sangala and Annemarie Quinn, this year committed to raise K19 million in aid of
the children’s ward at Chikwawa District Hospital as part of its quest to fight
against malaria in the country.

Sangala is one of the founders of Music Against Malaria

Speaking during a press conference held at Jacaranda
Cultural Centre (JCC) in Blantyre on Wednesday, founder and director of the
initiative Code said so far they have raised K9 million from the different
partnerships that they have made in support of the cause.

He said they are confident the remainder of the sum, which
will go towards the purchase of assorted equipment for Chikwawa District
Hospital, will be raised from the gate collections during the festival slated
for October 26 at the College of Medicine Sports Complex Hall.

Code said: “We remain committed to improving the healthcare
system in our quest to eradicate malaria. In the mix of that battle, we have
created a platform to rekindle the importance of doing music within the
traditional realms.”

Quinn, who is the co-founder and director, said the
initiative is almost a personal battle for her.

“When I was coming here people asked me why are you going to
Malawi with all the malaria which is there? They said you will die. But when I
got here, I learnt about how preventable it is. Then it dawned on me that I
want to be part of this drive,” she said.

Chikwawa District Hospital medical officer Wamaka Msopole
said the support the Music Against Malaria project is providing to the hospital
could not have come at a better time.

Code started the Music Against Malaria initiative with
random donations at Queen Elizabeth Central Hospital in Blantyre soon after his
return from the television reality show Big Brother Africa over 10 years ago.