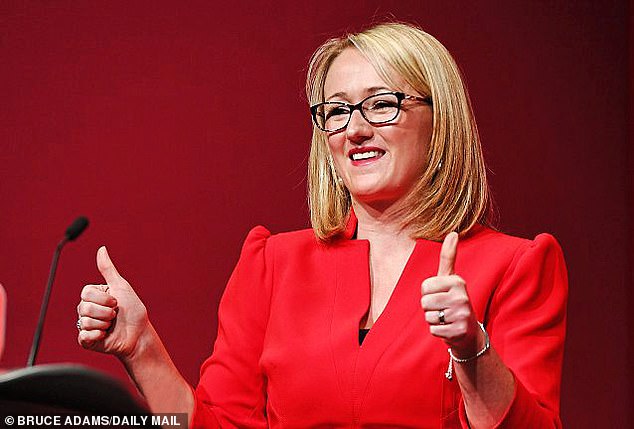 By Glen Owen And Harry Cole For The Mail On Sunday

Plans to ‘showcase’ a firebrand Labour MP as a potential successor to Jeremy Corbyn at the Labour Party conference have led to jealous in-fighting among her Shadow Cabinet rivals – because she has been promised her own ‘walk on’ music before her speech.

Shadow Business Secretary Rebecca Long-Bailey is being given a prominent slot on Tuesday by allies of Mr Corbyn who are keen for her to succeed him.

But when other Shadow Ministers heard that she had been promised leadership-style music when she walks on the stage, they demanded the same treatment.

Shadow Secretary of State for Business, Energy and Industrial Strategy Rebecca Long-Bailey has been promised her own ‘walk on’ music before her speech at the Labour Party conference

A source said: ‘They have all been scrabbling for songs – although some have found that their choices have already been nabbed. There is a lot of jealousy about her seeming to get all this special treatment.’

Despite only being an MP since 2015, Ms Long-Bailey quickly emerged as a protege of Shadow Chancellor John McDonnell and Mr Corbyn. 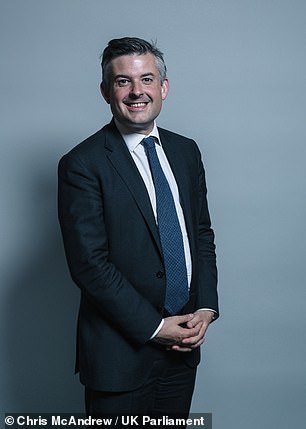 Shadow Health Secretary Jonathan Ashworth will walk on to the conference stage today to a hit from British girl band Little Mix, chosen by his children

The 39-year-old Lancastrian was widely tipped to be the Labour leadership’s best hope of carrying on the Left-wing mission should the leader’s health fail.

Within months of being elected as Salford MP in May 2015, she was on the frontbench as a Treasury spokesman, before being quickly promoted to serve as Mr McDonnell’s deputy.

Ms Long-Bailey is rumoured to be behind her Left-wing boss’s attempts to promote a more avuncular image, such as wearing a red jumper for interviews from his suburban front room.

The Shadow Chancellor is said to be behind her 2017 elevation to Business Secretary – as well as her central role as part of the Labour team to negotiate with the Government on Brexit. Despite her meteoric rise, a series of poor media appearances and flustered Commons performance saw colleagues quickly nickname her ‘Rebecca Wrong Daily’.

Mr McDonnell also has his own nickname for the married mother-of-one – tenderly calling her Becky in public.

Shadow Health Secretary Jonathan Ashworth will walk on to the conference stage today to a hit from British girl band Little Mix, chosen by his children.