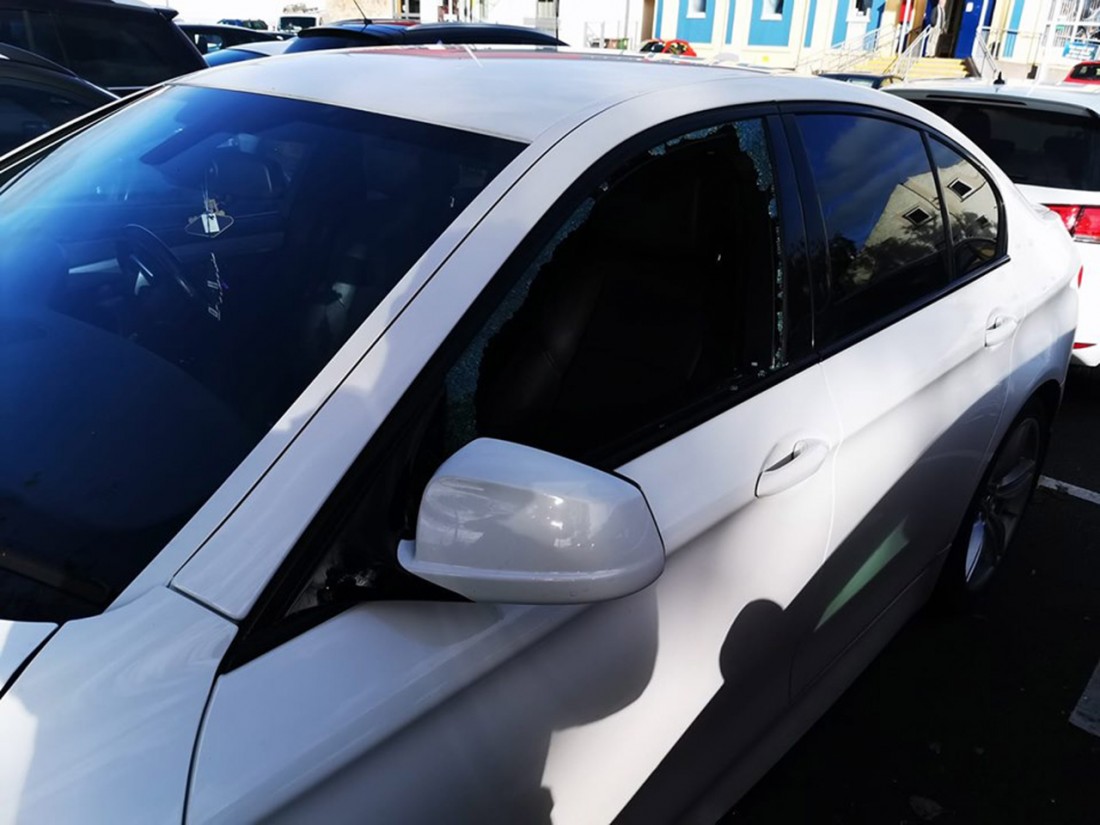 AN aspiring musician has made a heartfelt plea after thieves broke into his car and stole his microphone and £3,000.
Enniskillen man and singer John Garrity parked his white BMW in a car park on the Wellington Road close to the Royal British Legion and thieves broke the passenger side window and stole his microphone, £3,000 cash, leads, and a pair of Doc Martens.
John currently lives in Belfast and travelled to Enniskillen on Sunday to see his family, and on Monday morning he discovered his car had been broken into.
He is now appealing to anyone with information to come forward and said he will give a reward of £1,000 to the person who can directly help get his belongings back.
Speaking to the Herald, a distraught John said, “My microphone, specialised leads, money and brand new red Doc Martens were all stolen from the car. I was in a panic to get home from Belfast on Sunday night, and I threw £3,000 of cash into my bag and forgot about it when I got to Enniskillen. I haven’t been home in over a month and I am very disappointed that this happened in my home town.”
John said the money was going to be used to progress his career in music, and he is particularly disappointed about the theft of his microphone.
“I am in bits about this – I don’t know what to do about it. The thing that is really annoying me is that my microphone is gone because it has sentimental value to me. A microphone to a singer is personal and I need it back.”
Police in Enniskillen are appealing for witnesses following the report of criminal damage to a car in a car park at Wellington Road, Enniskillen. Inspector Amanda Ford said “It was reported that sometime between 9.30pm Sunday 20th and 1.25pm on Monday 21st the passenger window of a white BMW had been smashed. A sum of money along with an ipad and laptop have been stolen. We are appealing for anyone who might have information which may assist the investigation to contact police at Enniskillen on 101 or Crimestoppers on 0800 555 111.”