At 76-years-old, Beverly Glenn-Copeland was set to have a banner year, including a world tour that was going to bring the Sackville musician the kind of recognition and financial security that had eluded him for decades.

COVID-19 ground everything to a halt.

“I’m not an international superstar or anything but they were well paying (shows), and certainly well-paying compared to no pay at all for 50 years,” Glenn-Copeland said, with an ever present laugh.

Nick O’Byrne, manager at Look Out Kid in Australia, said his client had shows booked across Europe, UK, Ireland, Australia and Canada. They hope to be able to reschedule them for 2021.

Beverly Glenn-Copeland planned to record a new album, have a career retrospective album released and a world tour. He said those plans are now on hold. (David Bell/CBC)

He said most musicians make 80 per cent of their income from touring, and with borders and music venues closed, Glenn-Copeland has lost his ability to make money.

“We’re not talking about millions of dollars here, just something that approaches a living wage for most Canadians,” said O’Bryne.

Even though Glenn-Copeland has been making music for decades, it was only recently that his music found a larger audience.

“All of these sold very, very few copies,” said Glenn-Copeland of his few early releases. “They couldn’t categorize me right, so they didn’t know where on the shelf to even put me.”

But that changed when Japanese record collector Ryota Masuko came across a copy of a tape Glenn-Copeland released in the 1980’s, Keyboard Fantasies. Masuko contacted Glenn-Copeland for more copies, and they sold quickly.

‘They just went wild with it’

“Because his site was being watched, all of a sudden there were a number of people, a number of record companies that were suddenly interested,” said Glenn-Copeland.

For 20 years, Glenn-Copeland made regular appearances on the children’s television show Mr. Dressup and he said it’s the kids who watched him on that show, now grown, that kick started his career. 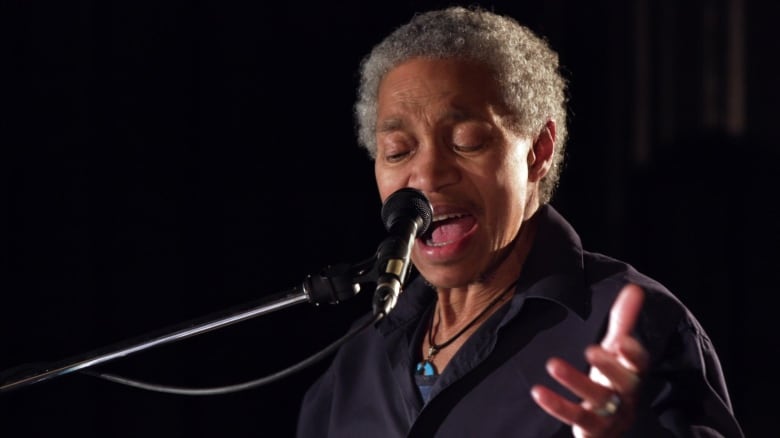 “They were the ones who took initially the interest in the music,” said Glenn-Copeland. “They just went wild with it.”

He put together a band that was supposed to record a new album in March.

Nick O’Byrne said a career retrospective album was set to be released in June at the same time as a documentary film about Glenn-Copeland was set to hit film festivals world wide.

But none of that happened.

“A year where he might have been able to save to buy a house has instead seen him living from cheque to cheque just to get by,” said O’Bryne.

Glenn-Copeland and his wife Elizabeth had planned to buy their ‘forever home’ with the proceeds from the tour.

They had gone as far as selling their modest home in Sackville and picked out a new house in the Laurentian Mountains, in Quebec, where they planned to move. 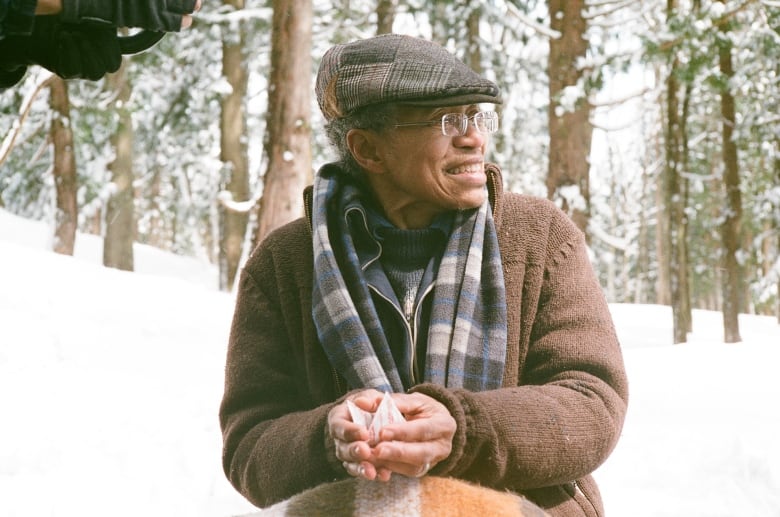 Beverly Glenn-Copeland is hoping to find a place to stay in New Brunswick for a few months, until it’s safe to travel across Quebec into Ontario. (Christina Carvalho, White Pine Pictures)

“We were just weeks away from signing the paperwork on this home and COVID hit,” said Elizabeth.

She’s quick to point out the couple are lucky they didn’t sign on a mortgage they can no longer afford.

“If we had, we would have been in deep doo doo,”said Elizabeth as they both laughed.

They managed to keep possession of their Sackville house for a few extra weeks in order to have a roof over their heads. They need to leave soon, but have nowhere to go.

I’m not an international superstar or anything but they were well paying (shows), and certainly well-paying compared to no pay at all for 50 years- Beverly Glenn-Copeland

A friend has offered them the use of a cottage in Ontario for a year, but getting there has been a logistical nightmare.

The couple have no way to move their belongings and are nervous about travelling through Quebec into Ontario because of the amount of COVID-19 infections.

After “a great deal of crying,” Elizabeth said they decided to stay in New Brunswick and wait to see if, or when, an opportunity arises to safely leave the province.

“Right now we are looking for and asking for a house somewhere in this area where we can be for three months, to catch our breath,” she said.

They’re hoping someone who can’t enter New Brunswick because of border restrictions will let them house sit.

“We will take excellent care of someone’s property and they’ll build some karma points and there’ll be some amazing creativity happening there,” he said. “We’ll write them their own song.”

Glenn-Copeland said he’s optimistic the couple will find a place to live and that his career will continue on in some way, just not how he thought it might a few months ago.

“The music is out there,” said Glenn-Copeland. “I’m…very confident that with COVID there will come a new type of window (to see it), I just don’t know what it is.