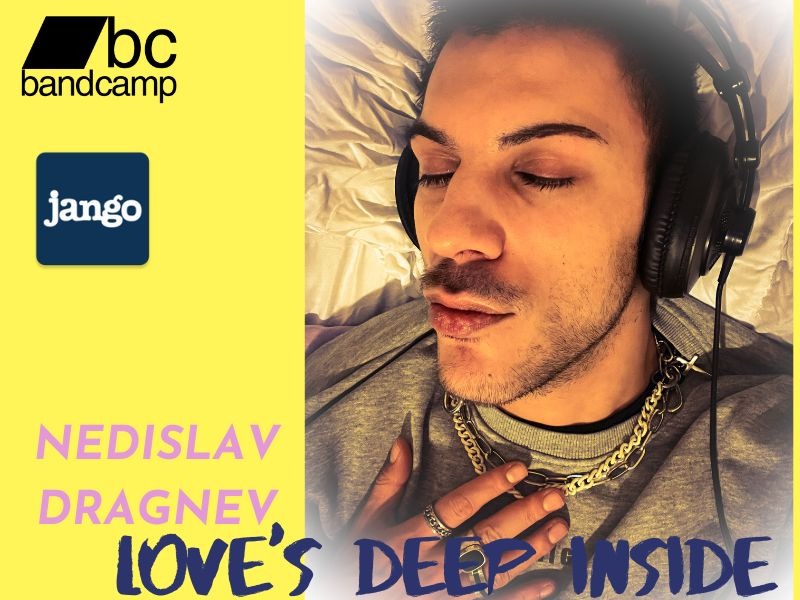 LONDON, Brent, United Kingdom — Nedislav Dragnev  know as Ned has surprised everyone with an unexpeted premiere of a new song “Love’s Deep Inside”! The song premiered on Radio Airplay on New Year’s Eve and it is available to stream on Jango Radio, and for download from Bandcamp! The magnetic pop sound and rythm will make everyone dance and listen to it all over again! Anyone can also listen to the songs and more music from Ned on audiomack, just follow this link – https://audiomack.com/nedislav-dragnev and keep grooving!

“Love’s Deep Inside” by Ned Dragnev exploded in London on New Year’s Eve! Fans love it!

Nedislav recently blew the Radio Airplay station with his amazing song “Fiesta De La Noche” and now his fans can enjoy some new cool music by their favourite artist!

Nedislav Dragnev, who was previously rising on The X Factor has built a large fan-base worldwide and his music invites all to dance and get started with The New Year in the most romantic way possible!

Listen to the song: https://audiomack.com/nedislav-dragnev

Nedislav Dragnev is an actor and singer/songwriter that has been moving fast with his popularity in the entertainment and art’s sector. He has been previously started an awesome global music career with his performances on the biggest stage of The X Factor!