On Sept. 27, Sturgill Simpson released his new album, Sound & Fury — a slate of rage-fueled rock songs and an accompanying anime film which shares the title. Set to the album’s music, the film takes place in a dystopian world, filled with fire and fast cars, an animated visual bonanza that takes the anger of the album as its driving narrative engine. This pairing — mildly surprising, maybe, for a country star — was released on Netflix, which has been amassing an arsenal of music-related projects for the last few years.

Netflix’s recent forays into music-related film and television feature a laundry list of stars and splash, even in the last year alone. A hip-hop competition show, Rhythm + Flow, featuring Cardi B., Chance the Rapper, and T.I. will debut this month; Vampire Weekend’s Ezra Koenig released Neo Yokio, an original anime series that also happened to coincide with the release of his band’s recent album; Thom Yorke released an audiovisual version of his album Anima for streaming in June, a glossy choreographed spectacle directed by Paul Thomas Anderson; a film version of the wildly popular Springsteen on Broadway debuted on Netflix last December; Martin Scorsese directed Rolling Thunder Revue, a pseudo-documentary about the life of Bob Dylan. All of these follow a slough of star-powered documentary projects: Keith Richards: Under the Influence, What Happened, Miss Simone? and Gaga: Five Foot Two, to name a few of the more prominent projects. While music docs are a well-trodden and loved format — from D.A. Pennebaker’s 1967 Bob Dylan documentary to Madonna: Truth or Dare in 1991 — they were often few and far between, centered on particular tours or years. In the last few years, dozens have exploded onto the scene, thanks to a wealth of largely unused archival footage and companies like Netflix making huge investments in the medium.

Something is in the air. “Netflix is establishing itself as a real destination for projects involving music,” Vickie Nauman, an industry consultant, tells NPR Music. Indeed, music was part of the platform’s early forays into documentary content — What Happened, Miss Simone? was released in 2015. Liz Garbus, who directed the film, says, “Music documentaries have been around for a long time, but what was seminal about this was Netflix’s support.” It garnered one of Netflix’s first Oscar nominations in 2016.

Joe Killian, executive producer of the Keith Richards documentary, notes that music documentaries were a strategic way for Netflix to establish artistic credibility when it first entered the business of producing original content, given music’s existing cultural cachet and mass appeal.

“Strategically, it was very important for them to win over the Hollywood community, to get themselves on the map,” Killian says. It’s been an effective strategy; in the space of roughly six years, since the debut of Netflix’s first major original series, House of Cards, the streaming service has become a powerful force in Hollywood, helping to reshape entire sub-industries in entertainment. Netflix-backed projects have now racked up an impressive list of Emmys and Oscars, following on the heels of early nominations in the documentary category. Beyond awards, Killian notes that music-related films have an established audience and a reach well beyond North America. “Music is a great way to connect with a mass audience, a global audience, with something the audience is already passionate about,” he says.

Killian says that music documentaries in particular can be produced “relatively affordably.” Affordability is, of course, all relative. “Nobody makes anything with music in it for cheap,” says Nauman, noting the complex structure of licensing rights, which can stop whole projects in their tracks. Plus, Netflix’s emphasis on big names — directors, producers and stars — means the budget can often swell to match them in stature. (Netflix spokespeople declined to comment on specific budgets.) These are large budgets for documentaries, but a fraction of the budget for a season of House of Cards, which reportedly ran up a budget of $100 million for two thirteen-episode seasons.

It’s not only Netflix that’s getting into this game; Showtime, HBO, and others are competing for the biggest, starriest music-related shows and documentaries. Traditional record labels, which have access to archival material and the relationships to utilize that material, are also in on it. Universal Music Group released AMY and Kurt Cobain: Montage of Heck in 2015 (AMY beat out Netflix’s Simone documentary for the Oscar in 2016). On the heels of those projects, the label relaunched a division called Polygram Entertainment, aimed specifically at expanding its production of film and TV projects. David Blackman, head of film and television production and development at Universal Music Group, said that it was part of a move toward thinking of UMG as “a music company but also a music-based media company that expanded into other areas.” Blackman says, “The walls have come down between music and film, the same way they’ve come down between film and TV.” 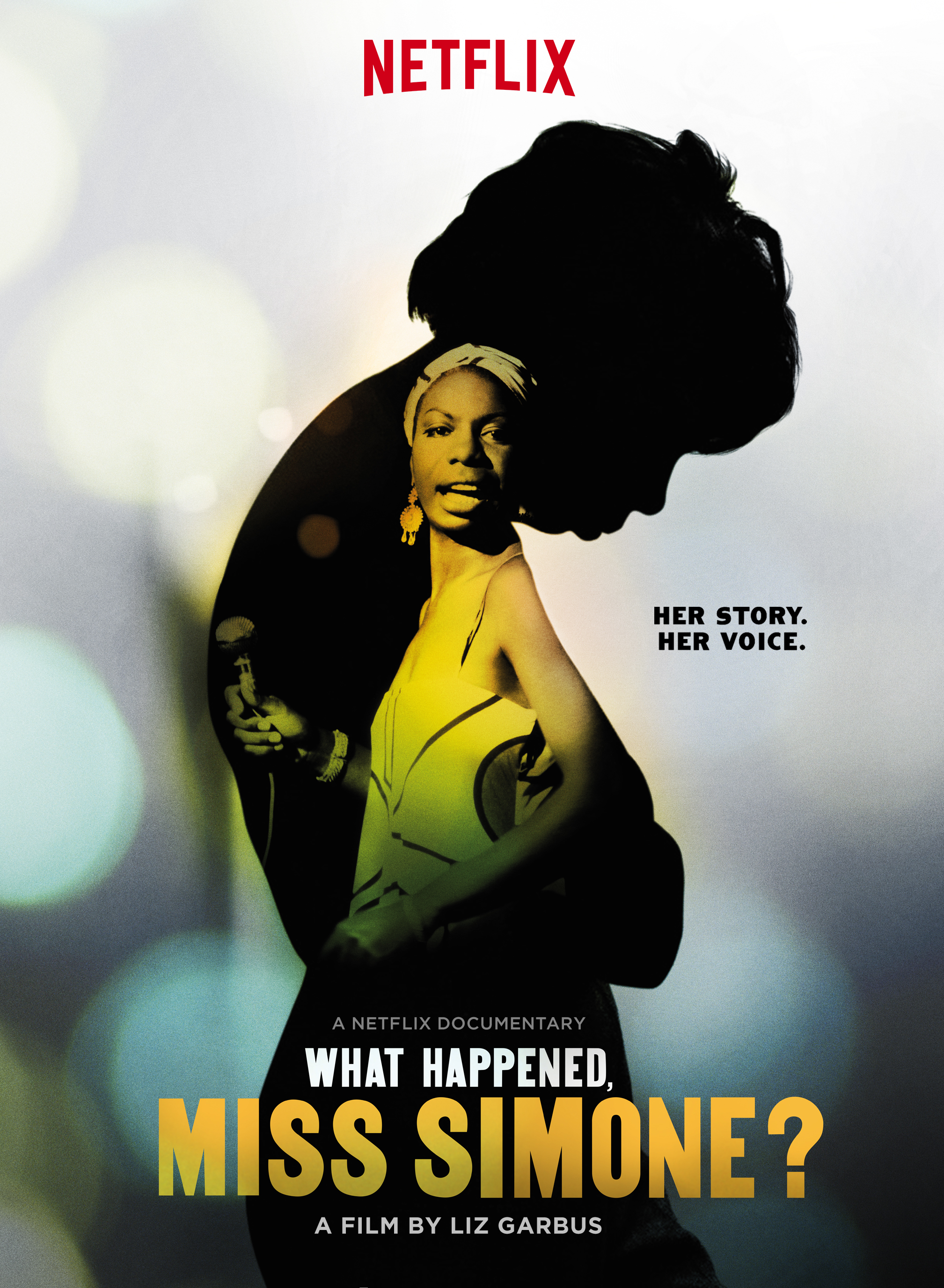 Netflix declined to make executives available for this story, or to comment on how music fits into their strategy. But the concept of this crossover — of “walls coming down” between types of content, and even what we use platforms for — is endemic to the notion of being a digital platform of almost any kind in 2019. Amazon wants to be your music library and your grocery store; Instagram wants to be your Snapchat; Spotify is hoping it can become your destination for podcasts. (Spotify attempted an ill-fated dive into video in 2016). Netflix may not be competing directly with a Spotify or Apple Music per se — no one I spoke to seriously speculated that the company would move directly into music streaming anytime soon — but the company is also building a world in which you might choose to watch Sturgill Simpson’s album on Netflix rather than listen to it.

Music-in-film-and-TV and good old-fashioned music don’t necessarily have to be in competition — Nauman pointed out that after Bohemian Rhapsody, the Queen biopic, there was a bump in the band’s overall catalog. Blackman said he views music and related projects as “almost always very complementary.” He cites Amazon Prime’s Jonas Brothers documentary as an example of something that boosted the artists’ profile in several ways. “It stood on its own, but it also reminded people why they love the Jonas Brothers’ story, and their music,” he says. “It helped launch a tour.” This may be a major part of the appeal for artists in working with Netflix. The audience for Simpson’s album may not naturally be the same audience that would watch a short anime film — it pulls from a new potential fanbase, and brings more eyeballs into the project.

But there’s another way in which time on one platform is time not spent on another. Listening time of music has dropped over the last two years, as Glenn Peoples reported for Billboard, from an average of 32.1 hours each week in 2017 to 26.9 in 2019 — even as streaming revenues have risen. Some of this might be due to video. Zach Fuller, a senior analyst at MIDiA Research, says that, though this connection can be overstated, it does appear that “at least in the high-consumption range, video subscriptions do marginally impact overall time spent listening to music.” Of those MIDiA surveyed who subscribe to a music streaming service, 29 percent said they listened to music between 6-10 hours in the last week, and 19 percent said they listened to 10 hours or more in a week. For video subscribers, this dropped to 24 percent who said they listened to 6-10 hours per week, and 17 percent who said they listened to 10 or more hours.

So streaming services are vying for attention; Netflix is not only competing with Amazon Prime, but anything else that might grab eyeballs or ears. “From a diversification standpoint, there is a bit of an arms race going on,” Nauman says. This arms race leads, in turn, to the production of more and more and more of what Nauman calls a “massive content push.”

Netflix wants smash hits, buzz and acclaim. One way to achieve that is to spread your bets and produce a lot, all the time. While the company’s original strategy was to be selective — releasing few original shows that made headlines — it’s now pumping out content. Netflix declined to release total numbers of original content it has released, but Ashley Rodriguez tallied the numbers for Quartz; she reported, Netflix released more than 345 original titles in 2018, and close to 1,500 hours of original content total. Their spending on original content has been growing too; in 2018, Netflix spent about $12 billion on content, up from $8.9 billion the year before.

Most of this money, Fuller observes, is not going into music-related projects. “From a grand strategic perspective, Netflix’s focus remains scripted drama and film, as when considering the hits of competitors (HBO and Game of Thrones) it is these offerings that solidify the overall value proposition of the Netflix service,” he explains in an email. Fuller says that these shows are more likely to minimize “customer churn,” which is increasingly a risk for Netflix in the face of Amazon Prime and new competitors like the imminent Disney+ service.

Music may be a drop in the bucket in this overall financial strategy, but it’s basically guaranteed to generate a little buzz. It often capitalizes on hits that already exist — stars like Keith Richards or Nina Simone — or albums like Sturgill Simpson’s, which are likely to make headlines. “Netflix can leverage the brand of someone with a big audience really easily,” said Nick Weidenfeld, who produced Ezra Koenig’s anime series and has worked on a few other music-related projects with Netflix.

“At the end of the day people want content,” Weidenfeld said. “People have hours to fill, and opening your talent base as wide as you can, into music, seems like a smart move.”