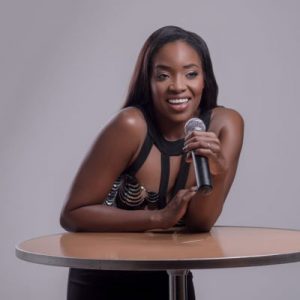 The OECS Music Talk is a programme conceptualised by the OECS CBU targeting emerging musical talents in the OECS, connecting musicians 30 years and under with well-established and experienced music professionals in a series of discussions across Member States.Each Music Talk programme highlights the contributions and celebrates the achievements of some of the region’s leading musicians, who will serve as mentors to the young musicians. The programme is primarily aimed at providing young musicians with the opportunity to learn from these experienced and seasoned music professionals, create an avenue to discuss critical issues facing the music industry, help to build a platform for mentorship and coaching of emerging musical talents and to identify and build a cadre of young musicians for the work of the CBU in the music sub-sector.

The Saint Lucia Music Talk will feature five of the island’s top music professionals in the persons of Irvin Ace Loctar, Sherwin “Dupes” Brice, Claudia Edwards-Ladner and Arthur Elijah Allain. Saint Lucian music legend, Ronald “Boo” Hinkson is the featured speaker and will speak on the evolution and growth of the music industry in Saint Lucia.

Irvin “Ace” Loctar is a prolific Saint Lucian performer and producer with over sixteen years of musical accomplishments to his name. His first major breakthrough came in 2001 when he opened for Luther Vandross on the stage of the Saint Lucia Jazz Festival. He is the co-founder of the record label, SLU Records, as well as a publisher of music in his native Saint Lucia. The versatile and talented music professional has also worked with a vast array of talents and some of the best-known names in the Reggae and Soca genres over the past several years, garnering many accolades and awards;
Sherwinn “Dupes” Brice is a Saint Lucian-American singer and songwriter whose music is heavily influenced by pop, reggae and R&B. Having made a name for himself in his native Saint Lucia, Dupes is now focusing on bringing his own, catchy brand of music to the world. Showing command over multiple genres with an aptitude in mixing and matching genres, Dupes brings with him a unique experience to the listening audience;
Claudia Edward is a regional gem and a household name in Saint Lucia and the Caribbean. She is most popular in the Asian continents, especially where she performs her annual Jazz & Blues circuit in Thailand. Claudia has been performing on 3-7 month contracts in Asia for the past 5 years. Her popularity there has also gained her and her band many invitations to the continent to perform her energetic style of Jazz & Blues music. Claudia and her band Naked Chords are just back from performing on the main stage of the Burton; Agnes Jazz & Blues Festival in the UK and the reviews were nothing short of amazing; and
Arthur Allain is a five-time Groovy Soca Monarch of Saint Lucia, as well as lead vocalist and band-leader of the band EvaLucian. He has toured extensively to many islands of the Caribbean, including Martinique, Barbados and Trinidad and Tobago. Arthur has also been on several tours across the USA, including to States such as Miami, New York, Texas and Connecticut, performing alongside the best Soca artistes in the business.

OECS Music Talk is part of the OECS CBU’s overall programme to enhance the competitiveness of the creative industries sector and to provide support to MSMEs in the sector to increase their exports of creative goods and services to global markets.

The Saint Lucia Music Talk is being coordinated by the Eastern Caribbean Collective Organisation for Music Rights (ECCO) Inc with support from the Cultural Development Foundation and Export Saint Lucia using the template developed and provided by the OECS CBU.

About the Author (Author Profile)

Delia Dolor is an all-round media professional. She produces and presents television, radio and live shows. She is also a public speaker, magazine and print editor.
Delia has been credited with creating a more intimate confessional form of media communication and to have influenced the way talk shows in the Caribbean can influence the lives of others.