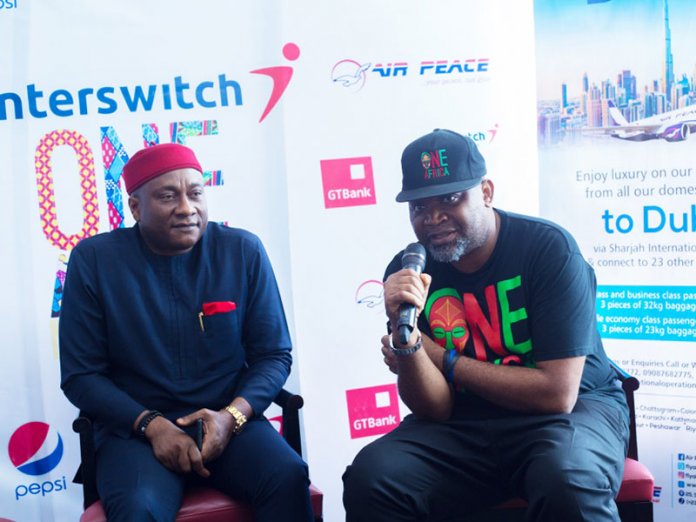 Interswitch One Africa Music Fest announced that they have partnered with Air Peace as their 2019 Official Airline Sponsor. Air Peace is quickly becoming one of Africa’s leading airline carriers domestically and internationally. This partnership, Air Peace said would highlight their shared commitment of philanthropy, tourism and global awareness, showcasing all that Africa has to offer.

The multi-faceted partnership between the two organisations was solidified October 4. Interswitch One Africa Music Fest and Air-Peace have come together to engage customers through entertainment, lifestyle and tourism.

Speaking on Air Peace’s partnership with One Africa Global, Allen Onyema, CEO of Air-Peace remarked: “Africa is made up of vibrant populace and we are extremely proud of the rebirth that has been witnessed, notably in the entertainment sector and the economy, particularly with our music, fashion, and the creative industry which has resounded and gathered international applause in recent years on the forte of sheer flexibility and in the spirit of growing African enterprises.”

In addition to this fruitful partnership, Paul O., CEO, One Africa Global said, “It’s been my ultimate goal to showcase Africa to the world and create a channel that bridges the gap. I am enthusiastic and equally pleased to announce this partnership! As two proudly-African brands come together for a common goal to showcase the very best from Africa. We are on a journey to take Africa to the world and bring the world to Africa.

I am super excited it is with Air Peace.This year, the Interswitch One Africa Music Fest was completely sold-out in New York and London. Our next concert will take place in Dubai on the 15th of November at the Festival Arena, Festival city Dubai.”

In an attempt to continuously reaffirm their commitment in taking Africa to the world, One Africa global is running promotional campaigns for 24 new customers of Quickteller to stand a chance to win an all-expense paid trip to Interswitch One Africa Music Fest events happening in Dubai.