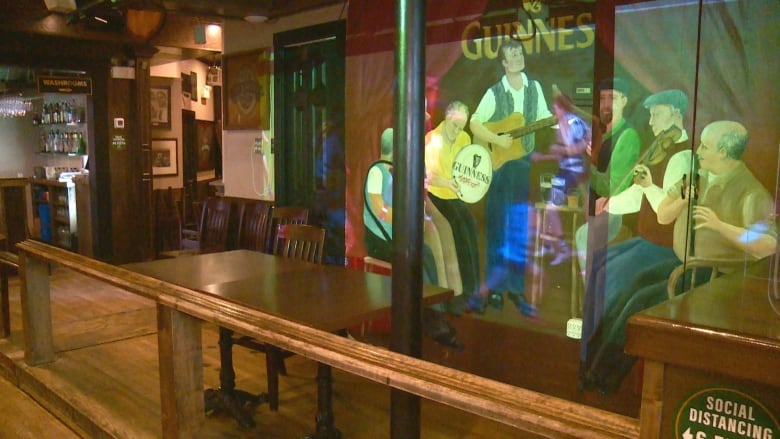 Under Phase 4 of P.E.I.’s ease-back plan, music venues will be able to have 50 people gather, which will make live events possible.

While that comes as welcome news to the Island’s performers, some are concerned they’ll have trouble cashing in due to continued COVID-19 measures.

After months of quarantine, musician Ben Aitken says he can’t wait to get back to performing. Pre-pandemic, he said his schedule was full of gigs.

“It was looking pretty good,” said Aitken, who often plays backup piano for other musical acts. “A lot of gigs on the calendar, and now all those gigs have been cancelled.”

Due to travel restrictions, local musicians will have trouble getting the regional gigs they typically do because they aren’t able to leave the province for work.

‘Our stage, as you know, is kind of the hub of the building and it’s right in front of the best seats in the house,’ says Olde Dublin Pub managing partner Kent MacPhee. (Steve Bruce/CBC)

In addition, because of limited space at places like the Olde Dublin Pub in Charlottetown, some venues are only allowing solo acts, he said.

“So that means that I can’t play,” Aitken said.

‘Hub of the building’

Public health guidelines have also stipulated that some musicians will have to stay six feet from each other and from the audience.

Singers and people playing wind instruments need to be separated by 12 feet because of the increased chances of spreading droplets into the air.

Kent MacPhee, managing partner at the Olde Dublin Pub, said music is a big part of their business. 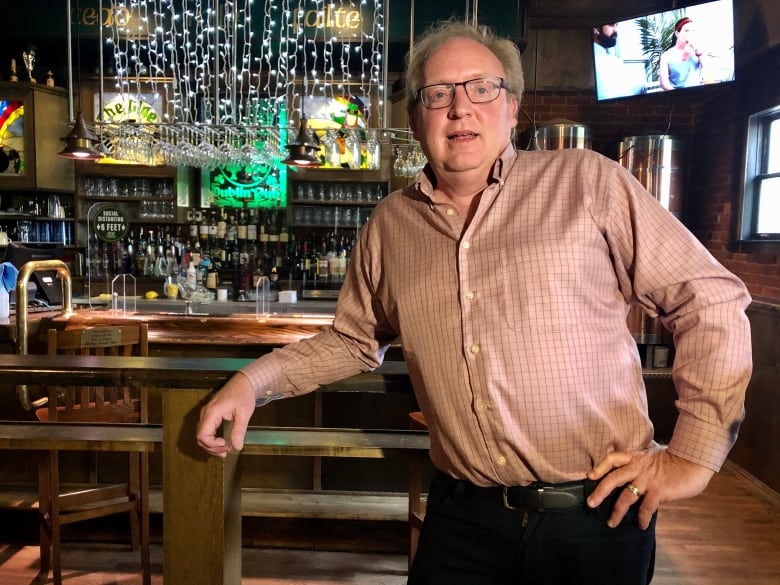 ‘For the foreseeable future, we’ll likely focus on — when we can get set up hopefully — to have at least our solo acts back and some of our great duos,’ MacPhee says. (Steve Bruce/CBC)

“Our stage, as you know, is kind of the hub of the building and it’s right in front of the best seats in the house,” he said.

“I think if we had musicians right now, we’d have to cut that 50 [people] perhaps back to 36 [people] maybe or something to enable them in.”

While things won’t be the same, MacPhee said staff are doing their best to adjust to the new terrain.

“For the foreseeable future, we’ll likely focus on — when we can get set up hopefully — to have at least our solo acts back and some of our great duos,” he said. 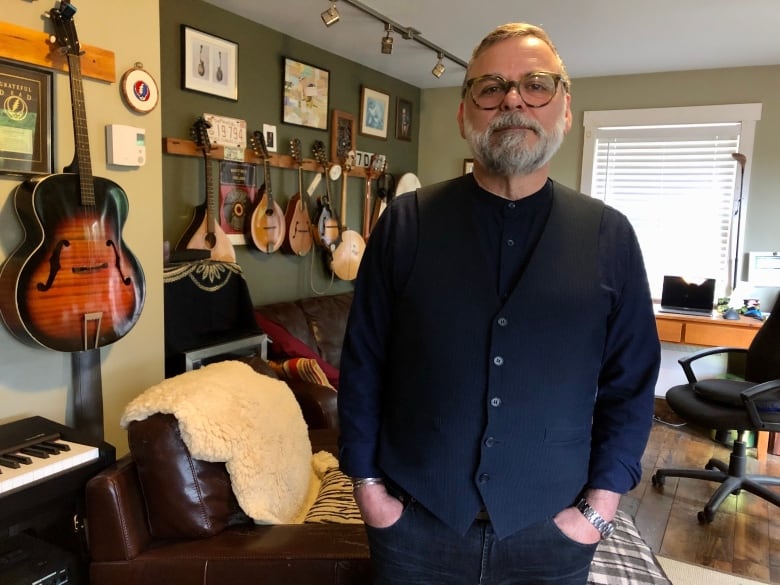 Rob Oakie, Music P.E.I.’s executive director, said many artists will have a hard time making much money with a 50-person cap at venues.

“If you’ve got a room that’s got a capacity of 200 and they can only allow 50 people in, it’s pretty hard for that venue owner to be able to pay the artist what they would normally get paid,” Oakie said.

Oakie said having an Atlantic travel bubble for tourism would create opportunities for artists, but even if that happens he thinks it will still be a rocky summer for the Island’s musicians.

“They’re struggling obviously with no work right now and with the easing up right now, they’re probably going to be playing for reduced fees, which is not great news either.”