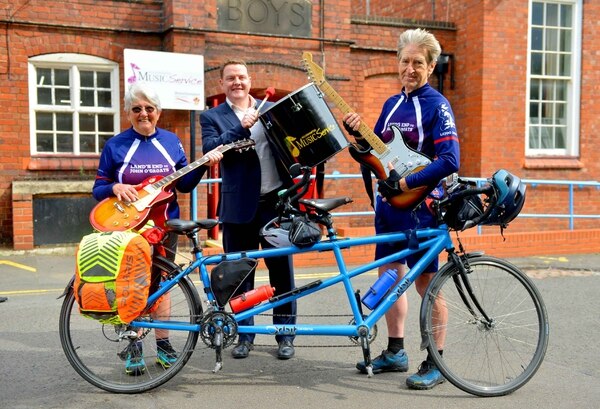 Ted and Denise Pearson are riding the length of the United Kingdom by cycling nearly 1,000 miles from Land’s End to John o’ Groats.

The husband and wife team left Penzance on Friday and called in to the Music Service, based at Graiseley Primary School, on Thursday and hope to arrive by September 17.

They are undertaking the epic challenge in support of the City of Wolverhampton Council-run Music Service, which is raising funds to purchase new rock instruments and equipment and upgrade the lighting system to launch new classes for local youngsters.

“Our grandson Jack played the guitar here and our other grandson Billy played the cello. All of them have benefited so much from the Music Service that we wanted to give something back.”

Ted and Denise hope to raise around £2,000 towards the Music Service’s target of £5,855, which will then be match funded by the Arts Council of England. 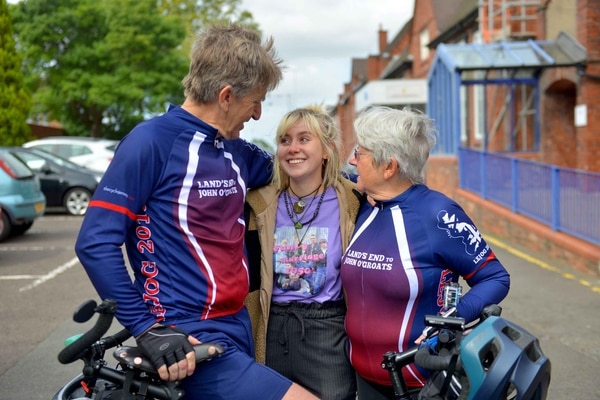 Ted and Denise Pearson from Finchfield were inspired by their granddaughter Ella Pearson who is part of Music Service.

Make Wolves Rock will provide a weekly programme for children and young people interested in song writing, joining a band or performing on stage.

Ciaran O’Donnell, Head of Wolverhampton Music Service, said: “Wolverhampton has so much talent and a history of producing world class rock and pop musicians, and we’re looking to provide new, free opportunities for the city to find the stars of the future that we know exist in this talented city.

“Our first step is to raise this money and upgrade our equipment so that we can do this to the best of our ability. To have the support of Ted, Denise and the Friends of the Music Service is invaluable. They are an example to everyone and I hope they will convince Wulfrunians to back the Music Service and donate where they can.” 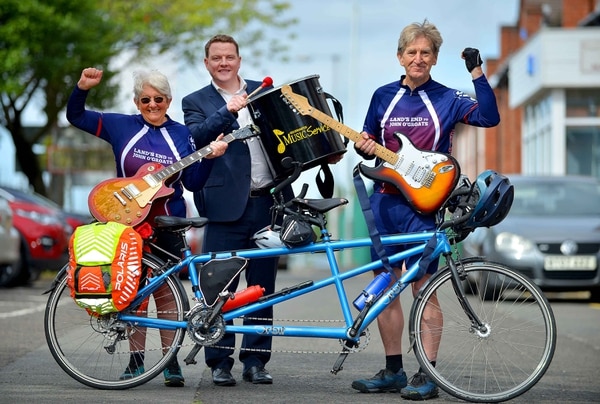 To donate to Ted and Denise’s appeal, visit their Just Giving page or you can donate through the Make Wolves Rock web page.