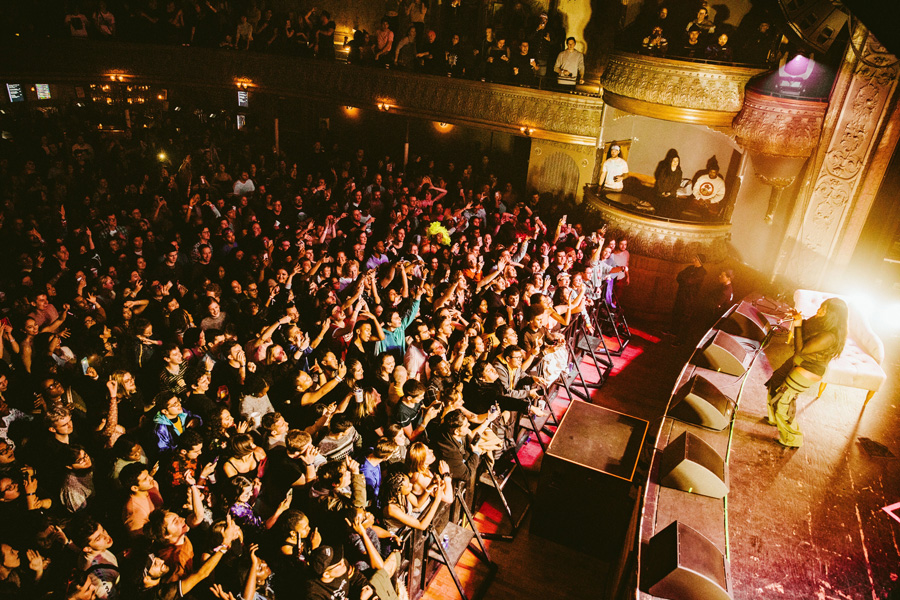 It was late one Friday night when Communication sophomore Lauren Washington got up in a panic to buy a ticket for a “Tierra Whack” show at this year’s Red Bull Music Festival Chicago.

“She is too iconic for me to miss,” Washington said.

The Red Bull Music Festival Chicago is a series of eight shows starting Nov. 17 that runs until the end of the month. Unlike other music festivals, each performance takes place in a different venue, ranging from Metro in Wrigleyville to Garfield Park Conservatory in the city’s West Side. SESP senior and Red Bull student brand manager Nick Westfall said changing the show locations allows for increased accessibility amongst Chicago residents and lets patrons see more of the city.

According to the festival’s press release, all of the artists featured in the festival are native to Chicago or have a strong connection to the city.

In addition to Whack, Washington said she’s most excited to see Pivot Gang, a hip-hop collective from the West Side of Chicago. Despite her mom’s protests, she’s coming back early from Thanksgiving break to see them perform.

“This lineup is something you cannot miss,” Washington said. “A festival as small as this is something I can’t pass up, especially in a music city as huge as Chicago.”

The festival will begin with the “Gramaphone 50,” a show that honors the 50th anniversary of Gramaphone records shop and the city’s house music scene. Being a huge house music enthusiast himself, Westfall said he’s happy to see a staple of the Chicago music scene recognized in the festival.

“They’ve done a good job curating the lineup to really harness influential Chicago music artists,” Westfall said. “It does a great job at celebrating Chicago and amplifying the cultural impact that these artists have had, not just in Chicago, but around the world.”

Westfall said he’s drawn to how Red Bull tailors the show to the local audience rather than aim at the widest demographic possible.

As a Red Bull student brand manager, Westfall’s excited to promote the festival among the Northwestern student body. He said it’s been great to be able to reach many students on campus while gaining hands-on marketing experience.

Westfall said he also encourages students to take online quizzes on the Red Bull site. The quizzes consist of timed questions about Chicago musicians, and participants have the opportunity to register their scores for a chance to win tickets to the shows.

Williams Noglows (Medill ‘17) said although he didn’t win a ticket through the quizzes, he’s still psyched for the festival and is persuading his friends to join him. He said he’s most looking forward to seeing staples of the Chicago music industry.

“It can truly be a Chicago event rather than just bringing Red Bull around each city and just throwing on a typical music festival,” Noglows said. “I love to see more of that going on in the city.”