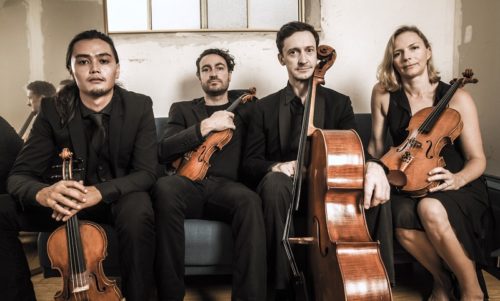 THE Phoenix Collective is an ensemble of five members, four string players and a pianist.

The artistic director is Canberra-based violinist Dan Russell, but for this digital presentation the ensemble is a string quartet.

The music is “Different Trains” by the American composer Steve Reich, written for string quartet and a pre-recorded tape. The tape (or these days probably a digital file) for the original recording by the Kronos Quartet was prepared by Reich, and is snippets of sampled voices, train sounds and three multi-tracked string quartets.

For this video realisation the Phoenix Collective Quartet acquired a copy of Reich’s pre-recorded backing, including Kronos’ three quartet parts, and recorded (and videoed) their performance over the top of that.

They are shown actually playing for perhaps a third of the 26 minutes or so of the video. The remainder is very cleverly edited footage of trains, New York City and wartime scenes, mostly in black and white.

The video was made by videographer Sina S and carefully follows the relentless rhythms of the music. The clips used have come from a variety of sources and have been impressively filtered and treated so the tonal quality matches across the work. The sections of the quartet played are also in black and white, with only their instruments in colour. This effectively blends the archival footage with the new video recording of the performance. 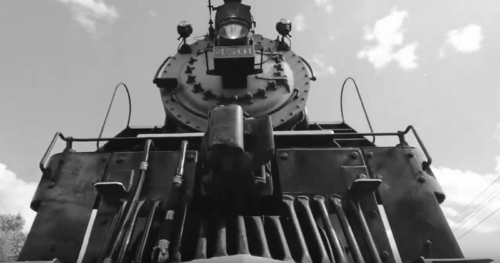 One of Sina’s images for ‘Different Trains.’

The quartet recording itself is described as a “iso” performance, which might suggest that the musicians recorded their parts separately complying with social distancing requirements, though the video does show them all in the same room at the same time.

There are a few hints that perhaps this might have been done by some clever video editing. The four don’t seem to make any eye contact throughout, though this may just be concentration, and the microphones are not where one might expect them to be for such a recording. This is just technical curiosity on my part.

The performance of the piece is impressive and the sections where we see the group playing give a real sense of Reich’s writing of the music in the patterns of the spoken words. However, it does raise some interesting points about this style of presentation of recorded music and the way we may have to see and hear classical or art music in the short term, at least.

If they were a rock band there would be no expectation that the music performance would be live, but classical music has always been different in that regard. This is not simply an audio recording, it is as much about the visuals as the music. As a video artwork this works excellently and the imagery certainly adds to the understanding of the work.