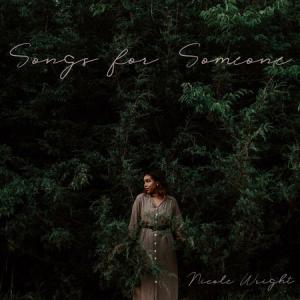 Singer-songwriter and rising new indie artist and Generation Z’er Nicole Wright, has inked a label services deal with Nashville-based record label United Alliance Music Group (UAMG) in association with Sony Music/The Orchard. Under the terms of the new strategic association, UAMG will function as the label and distributor through its Sony Music/The Orchard distribution partnership for all Nicole Wright’s master recordings and visuals.

A Nashville “Music City” native, Nicole is currently in the studio with plans to release her sophomore effort and first national release later this year. Nicole Wright’s forthcoming yet-untitled project is the follow-up to her debut EP, Songs for Someone, which released November 2018. Songs for Someone which is now available for streaming and download on all of your favorite digital service providers (https://smarturl.it/nicolewright) is a masterful collection of songs penned, produced and performed by Nicole Wright, which has received critical acclaim.

Nicole Wright started her musical journey at the early age of 5, taking piano lessons and singing along with her favorite TV shows and movies. She began writing and performing music since she was 12 years old, and through the years has amassed an impressive catalog of songs. With artistic influences from the likes of Elton John, Norah Jones, and Phoebe Bridgers, Nicole draws inspiration from these visionary artists while weaving a tapestry with her own personal life experiences in every composition she pens. Wright, recently graduated from Middle Tennessee State University with a Bachelor of Arts degree in Commercial Songwriting. She continues to hone her craft and expand her musical expression as a songwriter, vocalist and producer.