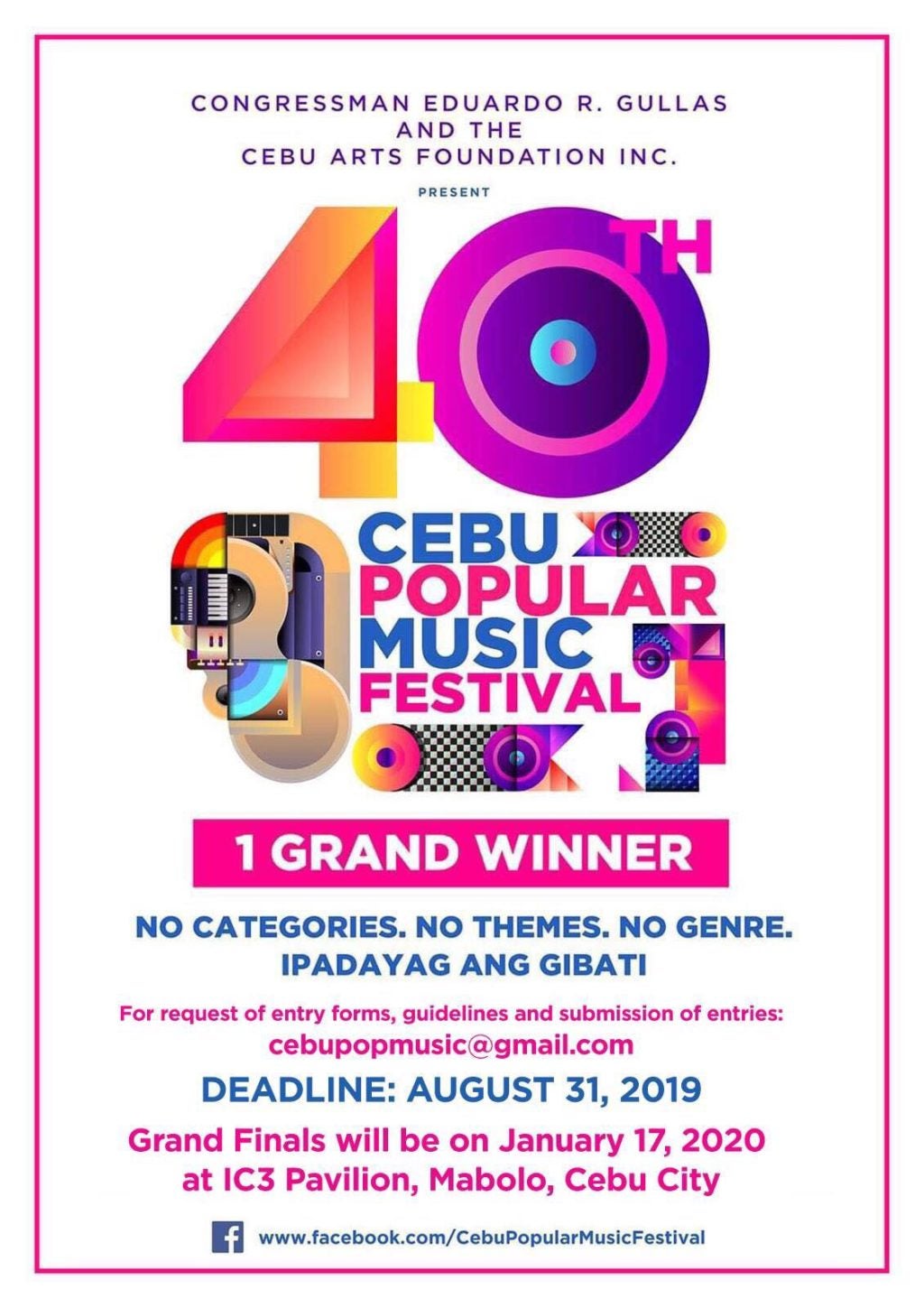 These are the pieces of advice from Gloria Villarojo, the events manager for the 40th Cebu Pop Music Festival to Cebuano songwriters as they start to screen entries.

Villarojo told CDN Digital on Monday, August 5, 2019, that they are looking for 12 finalists who will compete in the grand finals on January 17, 2020 at the IC3 Pavilion in Barangay Mabolo, Cebu City.

Since the competition celebrates its 40th year, the organizers decided to make the singing and songwriting competition an open category.

“There will be no themes, genres, and categories so that the songwriters can express what they feel,” she said.

The 40th Cebu Pop Music Festival  is open to all Filipino songwriters  or even Cebuanos who are in and  outside the Philippines.

The competition aims to encourage songwriters to write Cebuano songs.

Villarojo said lyrics should be in Cebuano or Bisaya and the entries to be submitted preferably with guitar, piano, and keyboard accompaniment only.

The entry should not also exceed four minutes.

Aspiring applicants are advised to submit their entries before or on August  31, 2019, at the Cebu Arts Foundation Inc. office.

The Cebu Pop Music Festival is founded by lawyer Eduardo Gullas, who sits as the chairperson of Cebu Arts Foundation Inc.

The event also falls every celebration of the Sinulog Festival. /bmjo