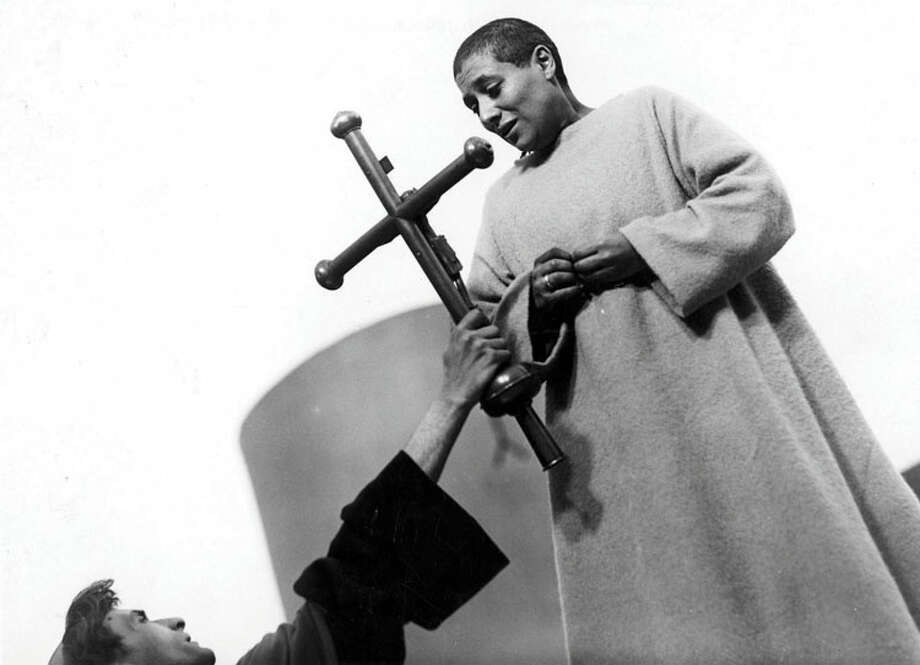 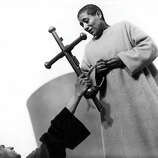 “The Passion of Joan of Arc,” Carl Theodor Dreyer’s classic silent film, has inspired many musicians to create new accompaniments to the searing black and white images of the 15th-century saint’s trial and execution by burning. Yet there was an original score for chorus and orchestra that was to accompany the first showings in France. That same music is being revived for a screening of the film on Saturday evening at the Spa Little Theatre. Andrea Goodman, a choral conductor from the Berkshires, will lead the performance with singers of the Saratoga Choral Festival and the Cantilena Chamber Choir from Lenox, Mass., plus a chamber orchestra and organist Peter Krasinski.

The score is by Victor Alix and Leo Pouget and if you’ve never heard of them you’re not alone. The Internet Movie Database lists only a few credits for them, all French films from the 1920s and 1930s. Apparently in this case their composing abilities rose to the occasion.

“The music is fabulous,” says Goodman, done in what she termed a grand and romantic style. Putting together the project occupied her for almost two years, and she admits to being grateful that the music turned out to be worth the effort.

The film’s history is a story in itself. It was released in 1928 and immediately met with fierce criticism and censorship. Dreyer’s direction, including heavy use of close-ups, shots from odd angles and a set built to convey a sense of menace, was groundbreaking. The actress he chose to play Joan, Renee Jeanne Falconetti, gave a performance widely regarded as among the greatest in movie history. Clips of her pop up in the montages of great film moments that are a part of every Oscars ceremony. But Dreyer’s vivid depiction of Joan’s prolonged agony and death was too brutal for the times. Authorities from church and state demanded significant edits, which ended up reducing the film’s running time by some 20 minutes.

The film ran into other difficulties in the decades after its release 90 years ago. The original complete print was destroyed by a fire and all that remained for decades were heavily edited versions. In 1981, an employee at a mental hospital in Oslo, Norway, found film canisters in a janitor’s closet that turned out to contain an intact copy of Dreyer’s original version.

As for the original music, somehow the materials ended up at the Library of Congress, which at some point deposited everything at the Museum of Modern Art. When the museum got out of the film preservation business, it forwarded the holdings to M.I.T. in Cambridge, Mass. But the materials that have been shuffled around are sorely incomplete. There is no full score, and instead only a reduced version with little indications of what instruments take what lines. The sheet music needed by individual players only existed for strings, organ and chorus.

“The film has a history of things going wrong, and this is part of that history,” says Goodman, whose initial outing with the film took place in May of last year with the Cantilena Chamber Choir at Trinity Church in Lenox, Mass. It was only during the dress rehearsal that she realized the existing parts were riddled with errors.

Goodman spent the following year correcting what she had and writing new parts for the woodwinds, based on indications in the reduced score. In this upcoming performance, the brass lines are being handled by the organ.

Thanks to colleagues at M.I.T., Goodman also gotten a crash course on the technical interplay of music and cinema. “I know about music but not film, so I’m learning all kinds of stuff,” she says.

The first topic on Goodman’s informal curriculum was the matter of film speeds. She was practicing conducting the film according to the metronomic markings, which indicate tempos with numerical accuracy. For example, “quarter note = 60” means 60 beats per minute. But even with a strict adherence to the tempo marking, her read of the score ran longer than the film. Turns out the film needed to be played slower, specifically at 20 frames per second instead of 24 frames per second.

Goodman also became acquainted with “punches and streamers,” which are visual cues imposed on a film but seen only by a conductor to aid in syncing live sound with visuals. Streamers are vertical lines that signal downbeats (the first beat of a new measure). They’re usually white, but a blue streamer means a change of meter (from 4/4 to 3/4 for example). Punches are flashing signals that can indicate sound effects or other milestones in the score (what musicians call rehearsal numbers). This system was invented by the late Hollywood composer Alfred Newman, who scored “All About Eve” and was the uncle of singer-songwriter Randy Newman.

Assisted by engineers at M.I.T., Goodman retrofitted “The Passion of Joan of Arc” with punches and streamers so that she can keep a live performance of the historic score in line with onscreen action.

“If you practice every day, you don’t need to be a slave to the cues,” explains Goodman. “Hopefully you’re looking at the players at least part of the time and not just staring at the screen.”

“The Passion of Joan of Arc”