It’s fitting Erin Enderlin has appearances at two of Nashville’s most iconic music venues, the Bluebird Café and the Grand Ole Opry, during the week she releases her latest album. Every song on Faulkner County honors country music at its very roots. It shines through her soulful voice, the fiddle and ever-present steel guitar in the background, and the lyrics sharing stories of heartache, loss, desperation, and hope.

“That’s the kind of music I grew up listening to,” Enderlin says. “I love songs about real life and flawed characters. It’s about battles we have inside, these emotions we face that are human and connect us all.”

Her songs have been recorded by Alan Jackson, Reba McEntire, Luke Bryan, LeeAnn Womack, Bill Anderson, Rory Feek, and others. But she’s now evolving as a performer in her own right. She released Whiskeytown Crier two years ago, and now Faulkner County.

The 14-track album, produced by Jamey Johnson and Jim “Moose” Brown features songs like “I Can Be Your Whiskey,” about a man and woman in a bar, both at different places in life. “Hometown Jersey” honors a high school friend and athlete who had “a heart like Troy Aikman.” And “Tonight I Don’t Give A Damn,” which references a Gene Watson song, along with a line that says, “Tomorrow I’ll wake up feeling guilty, but tonight I don’t give a damn.”

She gets some big name vocal support on several of the tracks from Vince Gill, Allison Krause, Terri Clark, and others.

Her style and approach is shaped by the music she heard growing up as a child in Conway, Arkansas, and the early years spent with her grandparents in Little Rock.

“I spent a lot of time at my grandparents house and they listened to a ton of country music,” she recalls.

She’d watch TNN and the Grand Ole Opry with her grandmother, then choose a record from her grandfather’s collection they’d listen to together when he came home from work.

“I really can’t remember a time when I wasn’t in love with country music, and maybe slightly obsessed,” she says with a laugh. “And then I remember seeing Reba McEntire on the Nashville Now show and thinking, ‘Girls do this, too?’ That’s what I want to do.

She started playing the piano at five and writing songs by the time she was 10. She picked up songwriting after reading something Reba said in a magazine.

“She was talking about her mom (I believe it was her mom), who was telling her after a show that she sounded just like Loretta Lynn. And Reba was excited, but her mom said, ‘That’s good, but you have to find out who ‘Reba’ is.’”

Enderline says it made her think about what she might need to do to set herself apart.

“Somehow my 10 year old brain took that and thought, well if I start writing songs, I’d have to learn how to sing them differently because no one else would have sung them before.”

She began taking guitar lessons at 13 with a teacher named Terry Holmes who’d actually spent some time in Nashville. He was the first to convince her she could actually make a living with music.

“He ended up getting cancer not long after we started working together,” Enderline explains, “but I learned so much from him in that short time. He really encouraged me to keep writing and not be afraid to chase my dreams.”

After high school, she headed to Nashville with the help of a recording industry scholarship at Middle Tennessee State University. Guest speakers with the music industry often spoke to students and during one of those talks, Enderlin introduced herself to a woman named Reese Faw. When Faw heard a song Enderline wrote called “Monday Morning Church,” she was so impressed she wanted to share it with her boss. The song is about a man who struggles with his faith after the death of his wife.

That boss, Jeff Carlton, was in the process of closing one publishing company to open another, but would use his own money to pay for Enderlin to cut demos of the song. Alan Jackson would hear “Monday Morning Church,” and record it with Patty Loveless doing the harmony.

“I really wish I’d kept a better journal during that time,” Enderlin says. “I remember one morning, I’d been out late playing the night before, and I got a call at about 8 o’clock. I wasn’t awake yet and somebody said, ‘Is this Erin? Alan wants you to come out to his show tonight.”

She didn’t know anyone named Alan, so she told the caller she’d call back later. As soon as she hung up, she realized Alan Jackson was in town that evening. She called right back.

“I got to go meet Alan on his bus before the show, “she remembers. “And he said, ‘Nice song. Keep it country,’”

Years later, she learned there was special meaning behind Jackson’s ‘keep it country.’

“I learned that was the advice George Jones had given to him. So I got second hand George Jones advice from Allan Jackson. Not bad.”

In the years after college, she continued writing songs and developing as a performer. There were some big breaks, like getting to go on her first major tour about nine years ago. It was with Jamey Johnson and Willie Nelson which still today she describes as “insane” because of the incredible opportunity it gave her.

But with the highs, there were also lows, and during a rough year, she began questioning her future. She took a part-time job as a hostess at the Grand Ole Opry where she got a chance to watch so many legendary country music artists perform. And while they inspired her, it was something that happened while working at the Opry House for the George Jones funeral that got her back on track.

“I was working George Jones’ funeral and a woman came out crying and said, ‘Your music is amazing.’  I said, I know, George is one of a kind and there will never be another one like him.’”

But the woman had recognized Enderlin and was referring to something else.

“She pulled me back and said, ‘No, YOUR music is amazing. And we need people like you to keep making the music these guys started.’”

It was the wake-up call she needed.

“And I was like, okay, I’ve got to get my act together. We’re gonna do this.”

Since then, Enderlin has continued to write, get a number of her songs recorded, and also push forward on performing. She enjoys all of it, but takes special joy in songwriting.

“I love words and I love ideas. But I think there’s a certain amount of reverence you have to give the muse. Because I’ve sat down in rooms and it’s not like you’re going to build a chair. You go in and you have your pen and paper and you hope it all comes together with that magic.”

Part of the magic comes with a song that truly touches those who hear it. She remembers how a woman reached out to her after the release of  “Monday Morning Church.”

“She sent a letter through my publisher and talked about how her husband had died that year and she was so angry with God, but people didn’t understand. She felt like she couldn’t share that with people, like it wasn’t okay for her to be feeling that. And that song brought her comfort because it made her feel like maybe somebody else felt that way, too.

Enderlin’s had songs cut by a number of artists, but one that was especially meaningful came earlier this year when Reba recorded one of her songs (“The Bar’s Getting Lower”) on her latest album.

“I’ve had lot of full-circle moments this year,” Enderlin says. “And that was certainly one of them. And Reba is so amazing and so thoughtful. She actually sent all of the songwriters signed vinyl copies thanking us for the songs.”

Now, Enderlin is now focused on promoting her own album. The longtime project is a collection of some of her favorite songs, all reflecting her unique style and deep appreciation for the country music she’s always loved.

“I love how country music is so inclusive, it really has many genres within one genre. But this special little niche, that’s the music I love, and I want to shine a light on it.”

She’s come a long way from that little girl in Arkansas with the big dreams.

Enderlin performs at the Grand Ole Opry tonight which has moved back to the historic Ryman auditorium for the winter months. Gene Watson will also be there and she’ll sing “Tonight I Don’t Give A Damn” which mentions his “Farewell Party” song. 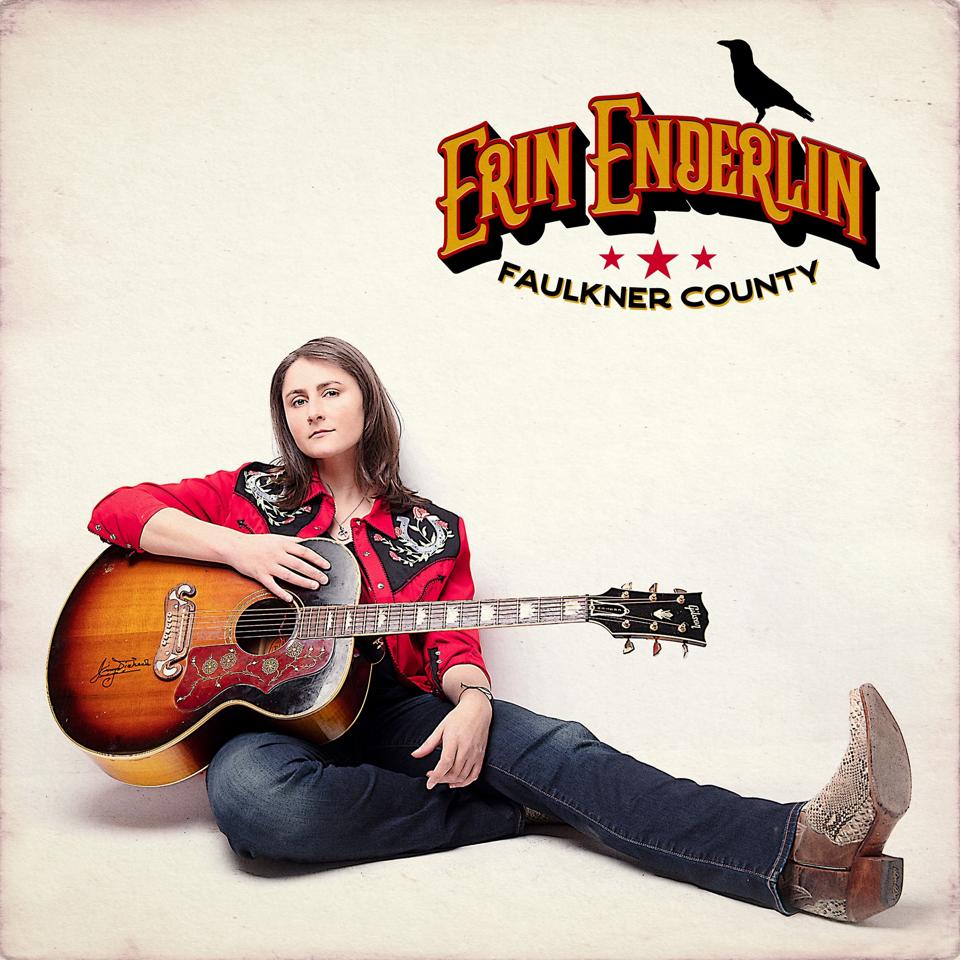