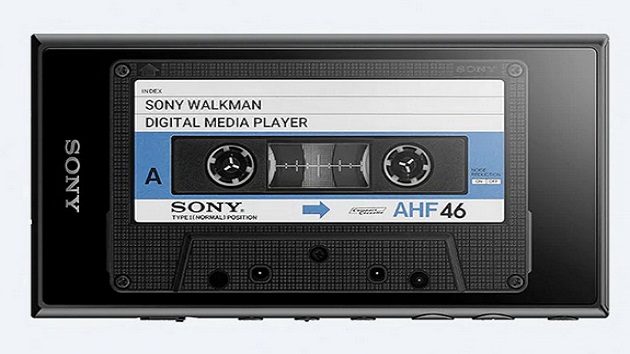 Sony(NEW YORK) — Nostalgia is king. As Hollywood cashes in on “Aladdin,” “Toy Story,” and “Fast and Furious” sequels and remakes, technology companies are following a similar path.

There are no cassette tapes here, but with the 40th anniversary Walkman you’ll get high-resolution audio, 26 hours of battery life, Bluetooth compatibility and an Android operating system. Sony unveiled its retro-inspired device Thursday at the IFA technology conference in Berlin.

“Not everything was better back then, so you can enjoy the best of both worlds with the heritage design of Walkman whilst having cutting edge technology at your fingertips,” Sony said in a press release. “You can also enjoy a cassette tape user interface that takes inspiration from classic Walkman models.”

Sony’s 40th anniversary Walkman does not currently have a U.S. release date or price point. However, Sony announced that the device comes out in Europe in December and will cost 440 euros, which is about $489.

The new retro device supports both downloaded and streaming music. Its storage is minimal — 16GB — but it sports a microSD card slot so you can boost your device’s memory.

The device also has an “old-school” cassette screensaver that changes color based on what music you’re jamming out to, according to Gizmodo.

The NW-A100 comes in red, orange, ash green, blue and black and features a small 3.6-inch touchscreen. For comparison, the iPhone XS has a 5.8-inch screen and Samsung’s new Galaxy Note 10 has a 6.3-inch screen.