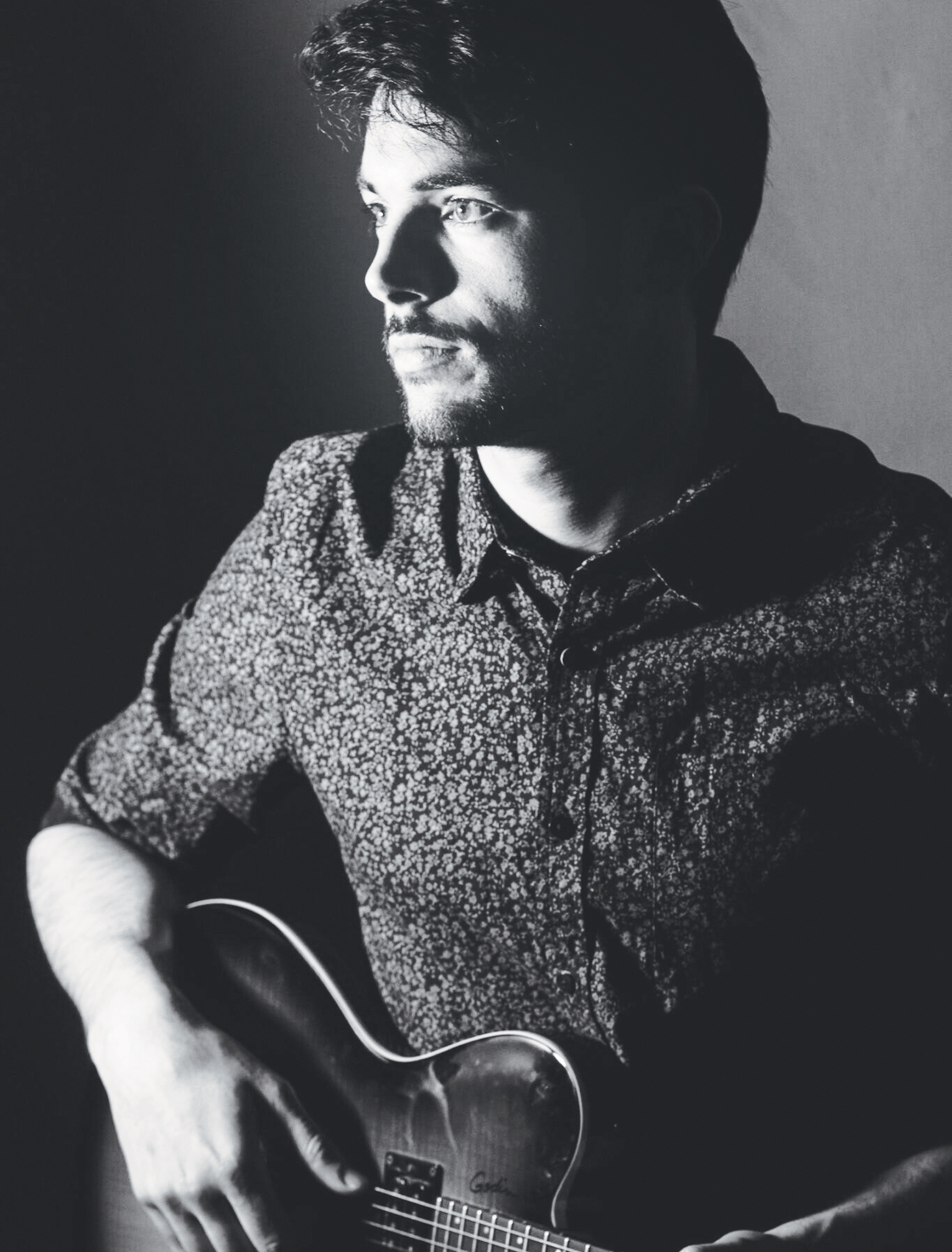 In D.C. Dream Day, we ask our favorite people in the area to tell us how they would spend a perfect day in the District. See previous dream days from Mayor Muriel Bowser, BYT’s Svetlana Legetic, D.C. United’s Steve Birnbaum and more.

In recent years, Massachusetts native Garrett Gleason, 29, has built a reputation as one of D.C.’s most versatile guitarists, playing experimental, jazzy music throughout the city. But in September, he’ll hit the road for 11 months to play guitar in the national tour of Broadway’s surf rock-inspired “The SpongeBob Musical.” He also just dropped two works of instrumental music: an album-length collaboration with Japanese drummer Tetsuya Ueda, “The Joy of Melting,” and a solo EP, “Guitar Songs.” Gleason will celebrate both — and say farewell, for now, to D.C. — with a show at Gypsy Sally’s (3401 K St. NW; Sun., 8:30 p.m., $12-$14). Music fills Gleason’s ideal D.C. day as he heads down from his home in Wheaton, Md. “I would perform some music of my own or do improvisational stuff with people because it’s just the best feeling,” he says.

I’d start by improvising for a bit on the guitar to get some juices flowing. I would stop at Donut King for my favorite breakfast sandwich, BELTCH, which is a BLT, add egg and cheese. It’s just bonkers. I’ll get that and an Americano and then hop on the Red Line.

I’d stop at the Takoma Park Farmers Market and get fruit and veggies to snack on for the day. Recently, the nectarines there were so mind-blowing — those and the cherry tomatoes and the blueberries. I’ll eat those as a meal for a week. I won’t get sick of them.

I’d probably go to Rock Creek Park and walk around. For most of the day, I try to listen to music in headphones, but when I’m walking in a park or something like that — just like when I’m going for a run — I try to keep it silent and hopefully have a notebook with me or whip out voice memos. Let some ideas flow and go back to them later.

Most of the rest of my day would be kicking around Adams Morgan. I’d go to Tryst and get one of their cappuccinos, add an extra shot of espresso, and hang around Columbia Station for a bit. Catch [pianist] Peter Edelman, because he’s always playing there or hosting the open jazz jam. The cool thing about Columbia Station is they keep their windows wide open so you can sit outside and people-watch while hearing jazz.

I’d grab a coffee at Songbyrd Music House and see if there’s any music happening. They also have a killing record selection, a lot of deep cuts of D.C. music that you can’t find anywhere else.

A place I discovered this year through playing duet shows there with [trombonist] Shannon Gunn is Spaceycloud. It’s this vegetarian restaurant/bar that’s also a skate shop that has a room inside that people skateboard in. It’s nuts. The M.O. isn’t a music venue but they have music there.

I would head back up the street to Madam’s Organ to hang with [guitarist] Rico Amero Sr., who would either be playing with his group, running sound or running an open mic. And I’d have the country fried steak with mashed potatoes and the avocado salad.

I would abandon Adams Morgan and head to Georgetown to go to Gypsy Sally’s for the [biweekly] open jam. For the most part, every musician that I’ve connected with in the area comes and hangs out at this thing and it’s great.