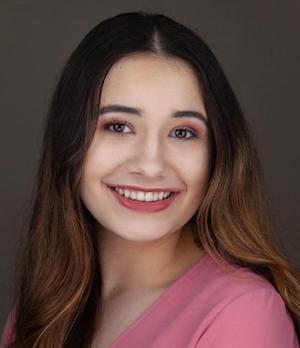 The talent search competition showcases the best young musical talent throughout the United States, with the winner performing at the Los Angeles Celebration of Music National Show.

The 15-year-old singer is a member of the SHS Awkward Pause Improv team and the Advanced Women’s Treble Chamber Choir.She is also a member of the International Thespian Society. For her Celebration of Music Competition audition video, Lynch sang “Nothing” from A Chorus Line.“I really connected with the song in that no one was going to push the character around,” says Lynch. “My coach and I also thought the song was a good choice for my voice.”

Lynch will perform “Nothing” during a concert for local finalists at the Gordon Center for the Performing Arts in Baltimore on Thursday, October 24.

PBS will air the Baltimore talent search on October 19 and 20. Finalists, who will advance to Los Angeles, are decided through audience voting, both online and at the concert.One finalist will advance by receiving the highest number of public votes and another as the “Producers Choice.”“It would really be an honor to be selected as the Producers Choice; however, I really want people to see me perform and think ‘I like her’,” said Lynch.

Public voting is open for the Baltimore competition. To vote for Lynch, visit PBS’s Celebration of Music page.

Lynch has been selected to the all-county choir four times and the all-district choir twice. She has a varsity letter in Choir, is part of the SHS Advanced Women’s Chamber Choir, and danced at Walt Disney World in the Dance the Magic Christmas Parade.Her future musical aspirations include moving to New York City and auditioning for Broadway shows.Lynch plans to pursue a degree in Musical Theater and Performing Arts.