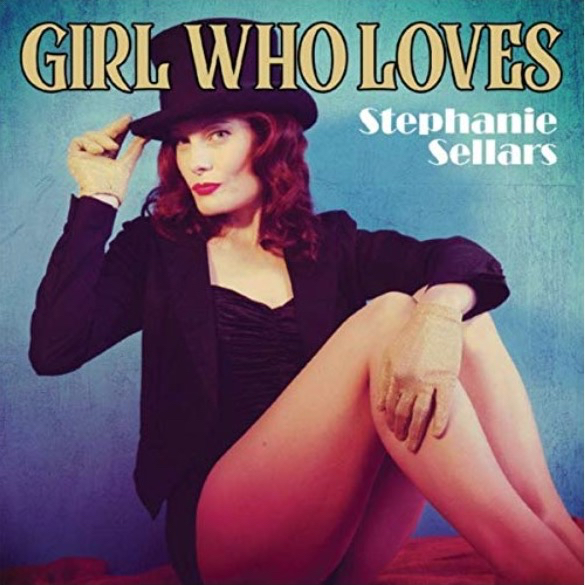 New York City, New York – June 26, 2020 – Performing and creativity have always guided Stephanie Sellars. They’re what drove her to New York City, and while she strayed away from music for a minute, she managed to find her way back and from that journey came her 2020 debut, ‘Girl Who Loves,’ available now on all major music and streaming platforms.

Stephanie Sellars started singing at the tender age of nine. She fantasized about her name in lights throughout her adolescence and by 22 packed her bags and chased her dreams to the Big Apple. While there she explored a number of creative avenues but found herself putting singing on the back burner to focus on her budding film career in 2008. After a decade of studying film and making her own, she got the itch to go back to music in 2018 after co-writing “Girl Who Loves” with composer Jay Lifton for her first feature film, ‘Lust Life Love.’

By the following year, Stephanie Sellars was hard at work on her debut. “Girl Who Loves” was the foundation, but there was so much more to add to what would eventually become a well-rounded collection of jazz gems. She pulled from her high school favorites for “It Had to Be You” and “Bei Mir Bist du Schön,” and took a few tunes from a show she did once upon a time in New York City. All in all, what makes ‘Girl Who Loves’ shine is the live and intimate sound Stephanie Sellars was able to accomplish alongside Tadataka Unno on piano, James Cammack on bass, and Brian Fishler on drums. The album also includes two playful duets with doo-wop, jazz and R&B veteran vocalist Tony Middleton.

Those interested in adding new jazz to their playlists, reviewing ‘Girl Who Loves,’ or interviewing Stephanie Sellars on their site, podcast, or radio show can reach out via the information provided below.