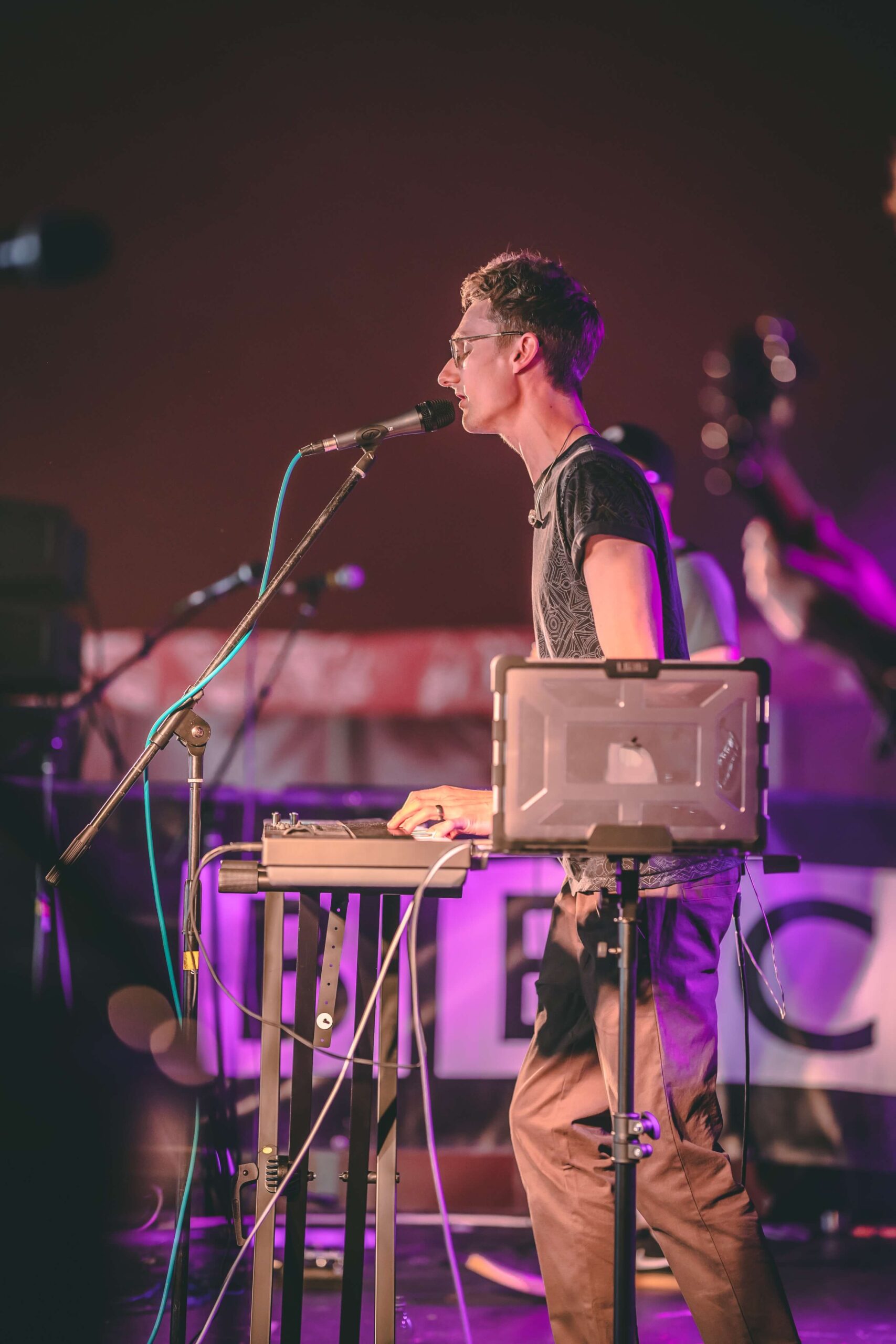 After an unexpected near brush with global pop stardom, George Downes, aka Sign Of Angelo, is back with a debut solo album: ‘To the Human’.

In his previous incarnation as part of brother-sister duo ‘Muchuu’, George was hailed by Radio 1 DJ’s and the national press, invited to play Glastonbury, gigged around the world and released two highly rated albums.

Now, after only a few months of releasing ‘To the Human’, Sign of Angelo is making waves once again with his unique brand of emotive and thought provoking music. These songs will inspire and lift the listener, with one fan simply saying, ‘I can’t get enough of it.’

From heart felt, piano-based tracks like ‘Son’ to dance-floor grooves like ‘Cosmic Tanzanite’ curiously tackling the issue of suicide, you need to be prepared to be emotionally unwrapped.

The world has seen a fantastic proliferation of intense, lockdown creativity, especially in the musical sphere, and Sign Of Angelo is no exception. Working from his home studio with a cupboard as his vocal booth and collaborating remotely with other musicians, Sign Of Angelo has created something special out of this unique and peculiar period of time.

He was recently made Artist of the Week on a BBC Introducing show and performed at Lakefest Music Festival along with Tom Jones, Razorlight and Seasick Steve. He’s now busy planning gigs around the UK and finding new ways to collaborate and share his music with other humans.

George is also a highly skilled video designer and producer, talents you can enjoy while experiencing the album online. Despite many limitations he has created his own diverse collection of music videos for a number of the songs, using techniques like animation and even some clever puppetry. ‘To The Human’ is now available to buy and to stream on Spotify and all major music platforms.

Stream and Buy their music

About
Sign of Angelo is the inspiring solo venture of George Downes – a sonic experience that has been nearly 10 years in the making. With national radio play, a ‘Record of the Week’ on Radio 1 in the UK, and Artist of the week on the BBC Introducing show, George has certainly made some waves with his previous band Muchuu, and now with Sign of Angelo.

After writing songs, composing music as well as making films for over a decade, Sign of Angelo has crafted something that is both musically and lyrically deep and unique.

‘To the Human’ album teaser
‘Every Valley Wild’ music video