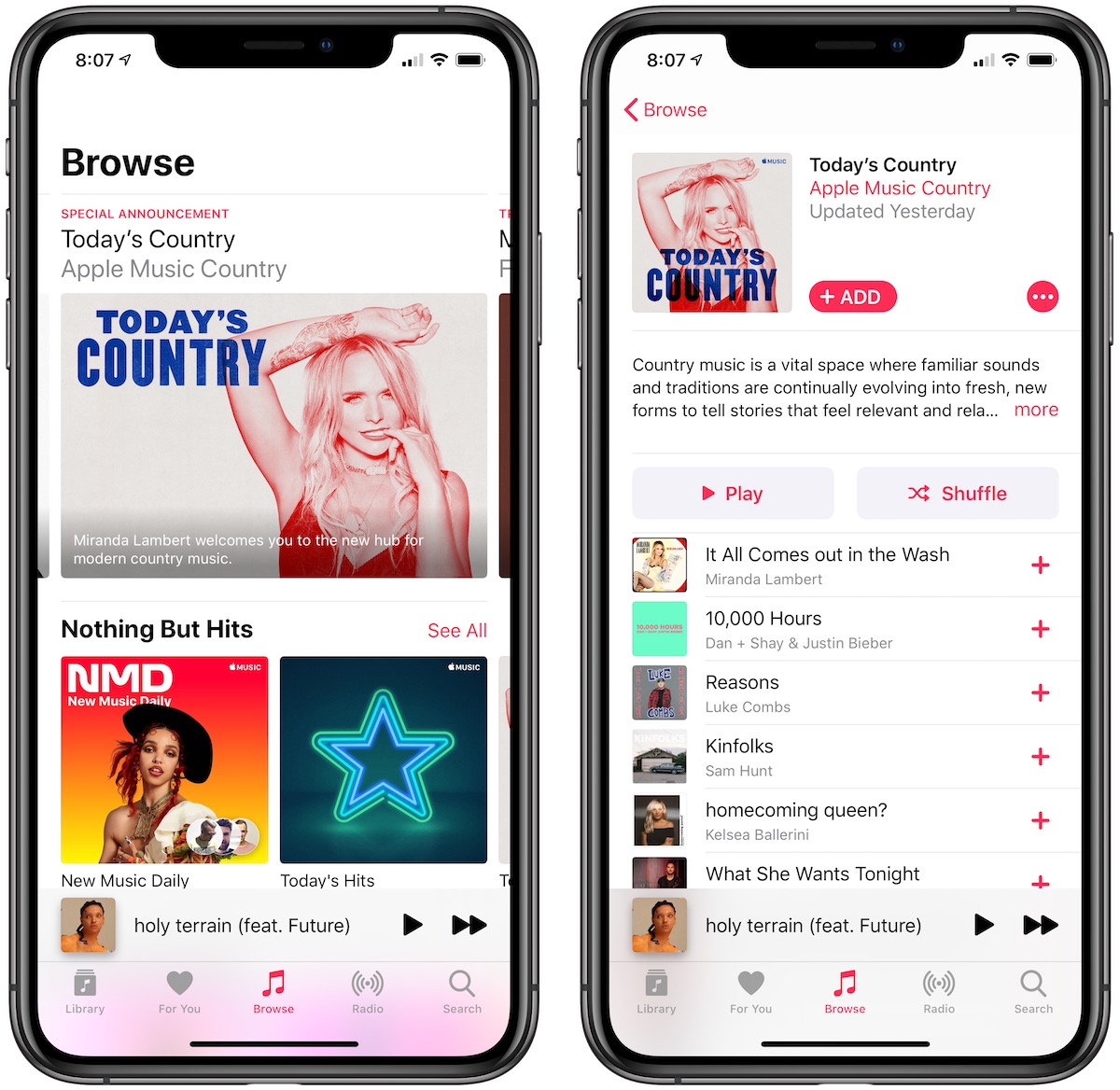 After updating its “The A-List” playlists for genres like alternative and hip-hop, Apple Music has now changed “The A-List: Country” to “Today’s Country.” This playlist will essentially be the same, keeping track of all of the latest songs coming out of the country music genre, updated every day, while simply ditching “The A-List” moniker that has been around essentially since ‌Apple Music‌ launched in 2015.

Apple began a large-scale playlist rebranding earlier in 2019, switching “The A-List: Dance” to “danceXL,” “The A-List: Hip-Hop” to “Rap Life,” “The A-List: Alternative” to “ALT CTRL,” and “Best of the Week” to “New Music Daily.” One of the few remaining playlists to retain the “A-List” branding is for the pop genre, which now has a simple “A-List Pop” title.

More niche sub-genres are still using the original A-List name style, like Bollywood, K-Pop, Classical, Mandopop, and Russian Hip-Hop. Apple has also launched brand-new playlists this year, like the Shazam Discovery Top 50, which is powered by shazams made around the world to highlight up-and-coming songs and artists that users are discovering any given week.