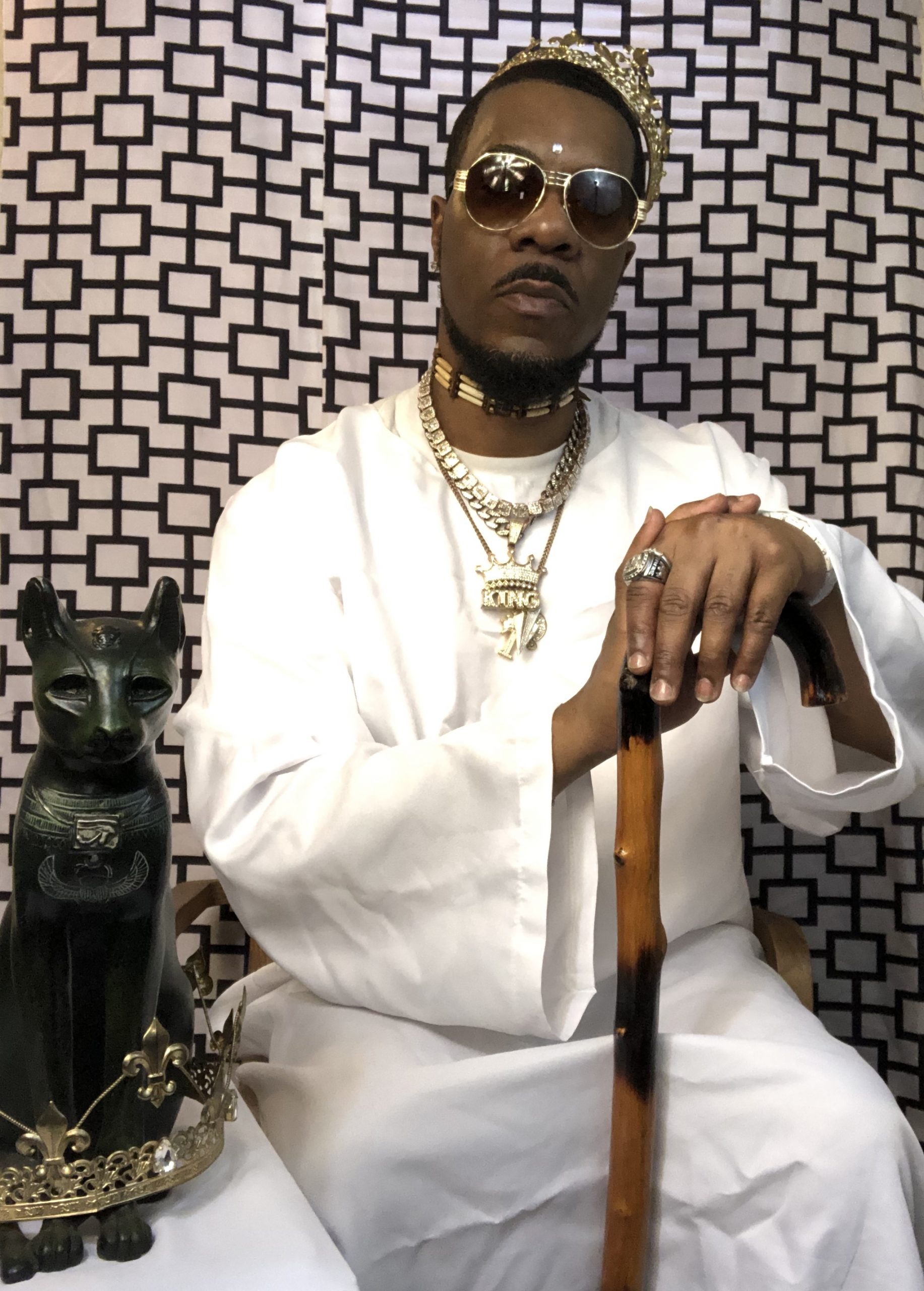 Driven by his endless motivation of ensuring his listeners understand the dangers of modern society and the harms that bombard us, The Ghetto Priest King is set to inspire listeners around the world

Cleveland, Ohio – December 28th, 2020- Self-styled as the “The Ghetto Priest King”, Tupeace Eloheem is a growing sensation among the music scene of Ohio as a forefront, fresh new icon on R&B and Hip Hop music. Armed with widespread knowledge, The Ghetto Priest King is a fresh new face in the industry who sets to inspire, teach and motivate his listeners against the harms of the world that seem too hard to discern from the fabric of society today. Indulgent in Sci-Fi and Fantasy, The Ghetto Priest King’s music is heavily inspired from teachings of Enlightenment and the hidden realities of today’s fast paced, moving societies. King’s music is also an inspiration as it deals with the brunt of everyday Afrocentric realities and is a burning reminder of the injustices and turmoil that seems to brew today in modern society.

Another major theme Ghetto Priest King’s music explores is the strength and truth of God and serves as a warning against the materialistic allures of society and get people to believe in the truth and actualities of the world.

Among the loud noise of today’s music scene, The Ghetto Priest King is a welcome addition who is set to elucidate themes of Christianity, warn against the troubles of Satanism and vices and offer relief and purity to his wide audiences. King strongly believes in the power of Hip Hop and Rap music in delivering significant and vital messages to today’s audiences and get them to focus on the many challenges that they have ahead as they battle their own demons and the many challenges and turmoil that society will be hitting them incessantly with.

Tupeace Eloheem also known by his styled name “The Ghetto Priest King” was born in Cleveland , Ohio and attended Empire Junior High School. He has also participated in many talent shows in Saint Benedict Elementary School and started rap and Hip Hop in 1992.

Tupeace Eloheem’s biggest inspiration is to pursue a music career, inspired by the strength and sheer brilliance of a Tupac Shakur concert in Cleveland, Ohio in the year of 1995. Driven and led by the artistic prowess of Tupac Shakur, Tupeace claims to be inspired by a concert he attended where he enjoyed front-row seats and got inspired to produce music. He made his debut first single titled “Cleveland City” after the concert and is inspired by the goal to continue Tupac’s legacy and produce music that connects to society, warns against evils and is resonant of God’s Message. Tupeace’s music will be resonant and redolent of Tupac’s unparalleled prowess and musical genius and pay homage to the late artist’s musical compositions, adding fresh flair and allure of messages.