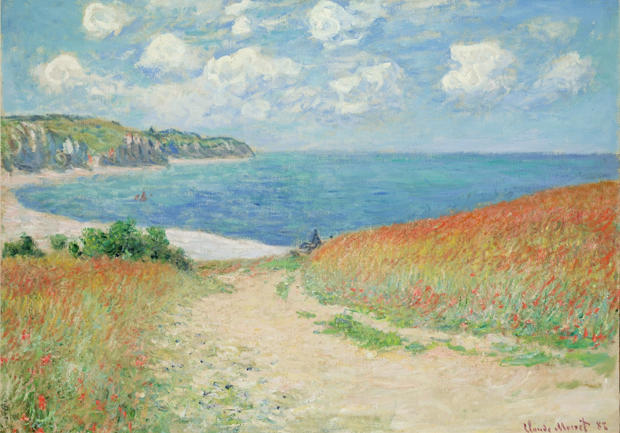 Be on the lookout for these highly-anticipated movies, album releases, events and exhibitions in the coming months.

The trade publication Variety offers its picks for five highly-anticipated films expected in the coming weeks.

After screening Friday, Saturday and on October 13 at the New York Film Festival, “The Irishman” opens in select theatres on November 1, before streaming on Netflix beginning November 27.

To watch a trailer for “The Irishman” click on the video player below:

“Ford v Ferrari” – This is another fact-based film, about Ford Motor’s attempts to build a racing car that can beat 800-pound gorilla Ferrari at the 1966 Le Mans race. It stars Matt Damon and Christian Bale, and is directed by James Mangold (“Logan,” “Walk the Line”).

To watch a trailer for “Ford v Ferrari” click on the video player below:

“Bombshell” – A story about sexual harassment claims at Fox News. Though Roger Ailes (played by John Lithgow) is a key character, the film focuses on the toxic culture of the newsroom, centering on three women, played by Charlize Theron (as Megyn Kelly), Nicole Kidman (as Gretchen Carlson), and Margot Robbie (as a composite character).

To watch a trailer for “Bombshell” click on the video player below:

“Cats” – When the trailer debuted online, it was widely mocked on social media. But since it’s based on one of the most successful stage musicals of all time, and directed by Tom Hooper (“The King’s Speech,” “Les Miserables”), it could be the kind of film that critics hate but audiences love.

To watch a trailer for “Cats” click on the video player below:

“Little Women” – This is the umpteenth remake of the Louisa May Alcott novel about four sisters, with Greta Gerwig (“Lady Bird”) directing a cast that includes Saiorse Ronan, Meryl Streep, Timothée Chalamet and Laura Dern.

“Little Women” will be released December 25.

To watch a trailer for “Little Women” click on the video player below:

Here are five highlights and award shows to look forward to in the coming months, courtesy of Billboard Magazine:

Below: “Don’t Call Me Angel” from the “Charlie’s Angels” soundtrack.

Nominations for the 62nd Grammy Awards will be announced on November 20.

The Kanye West album “Jesus Is King” is expected to be released in late October.

The 20th annual Latin Grammy Awards will be presented Nov. 14.

This year’s Billboard “Women in Music” event will be live-streamed on December 12.

From The Art Newspaper comes these choice exhibitions on display this fall:

Denver: “Claude Monet: The Truth of Nature” (October 21), at the Denver Art Museum, is the most comprehensive American exhibition of Monet paintings in two decades – more than 120.

Chicago: “Andy Warhol – From A to B and Back Again” lands at the Art Institute of Chicago on October 20.