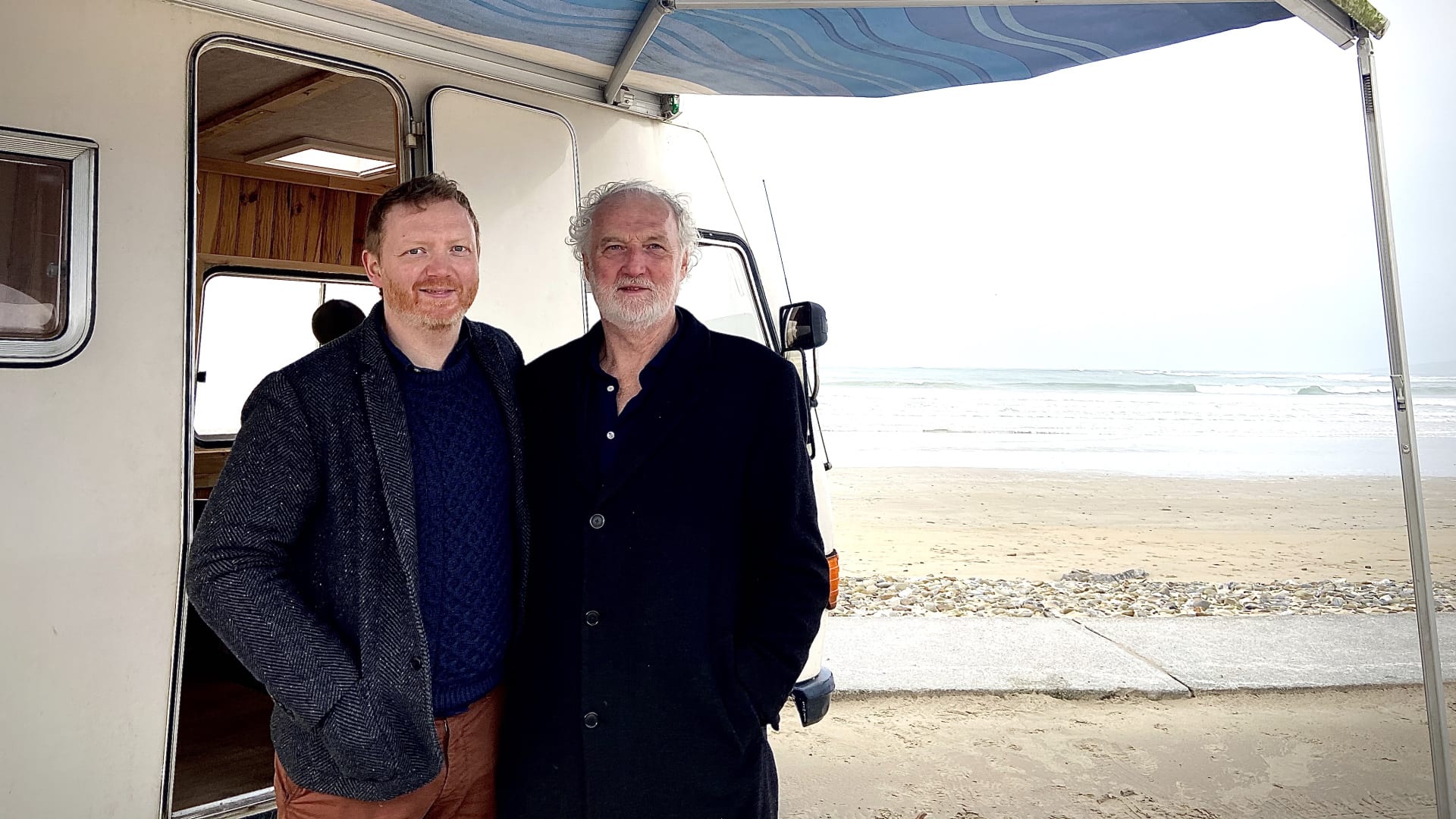 If you are immune to the charms of Normal People, the smash hit series on Hulu about young love set in Sligo and Dublin, currently the most hyped program on cable, I can suggest an alternative.

During this time of lockdown, I find myself casting the net further and further to find shows of interest. I found a few nights ago on TG4, the Irish language station (with subtitles) and a program called Sli Na mBeaglaoich (The Way of the Begleys) which played out over six weeks.  It is available on the TG4.ie player.

The premise is simple.  Brendan Begley is one of Ireland’s greatest accordion players and his four children have taken after him musically. The Begleys are musical legends both in their native Kerry and far and wide, especially here in the U.S. Now the young generation is coming through.

One of them, Cormac, decides that he and his Dad will drive the remote West Coast of Ireland from Kerry to Donegal, dropping off along the way at many stops to hear and talk music to the local musicians.  They are driving a 40-year-old camper van nicknamed Beauty.

TG4 goes along very unobtrusively for the ride.  It makes for fascinating viewing, riveting music, beautiful scenery and a father-son trip unlike any other.

After visiting some locals they begin their journey in the ancient camper van and set off to find the best of Irish traditional music everywhere on their path.

As they depart the scenery shots of their West Kerry redoubt are exquisite.  It’s one of the most beautiful but isolated places in Europe, but that all changes in high summer.

Dingle and its surrounding area is invaded every summer by tens of thousands of visitors, many from the U.S., and a highlight for lots of them is a Begley concert. (Fungie the dolphin is only marginally more famous).

I’m not an aficionado of traditional Irish music but as the Begley boys meet fellow performers, starting with North Kerry musicians moving on to Clare, Sligo, Mayo and Donegal, they encounter a whole slew of brilliant traditional musicians with great stories to tell.

You feel like you are intruding on a whole lost world of Irish identity as expressed in music and song.  There are so many regional styles, and the story of how each evolved makes fascinating listening.

Traditional music, after all, was the music of a peasant people, a way to celebrate their existence and tell their stories. When you listen to some of the old-time songs you are back to tunes composed pre-Famine even.

As for the father and son duo, one of the first images is of both of them taking seaweed baths while playing on the accordion and concertina. It catches the slightly absurd father and son relationship, the process of getting to know each other again throughout the trip.

Sli Na mBeaglaoich (The Way of the Begleys), a father and son journey through Ireland.

Speaking about embarking on the project with his father, Cormac said, “My father was my first teacher, he encouraged me to do my own thing and to be honest with my music and emotions. He’s a unique individual and I’m looking forward to spending this special time together, expressing ourselves through our music and getting to know each other better as adults.”

That certainly seems to be the case bay the end of the trip.  A father and son odyssey steeped in history, tradition, and music comes to a grand conclusion.  The show is well worth watching at www.tg4.ie.

November 26, 2022
An Exciting Mix Of Multiple Genres: Efye Releases Music That Syncs With The Heart And Mind.