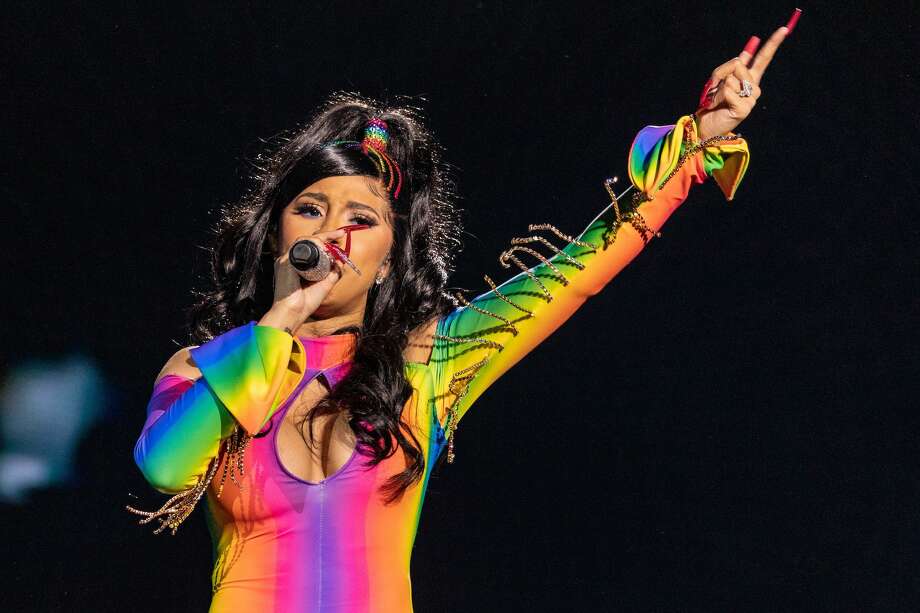 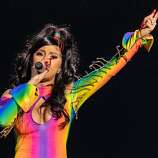 This week was all about the all-star collaborations. Fat Joe locks in Anuel AA and Cardi ‘La Cardi’ B on Spanglish track, “Yes”; Tito El Bambino, Pitbull and El Alfa run wild in “Imagínate”; and Piso 21 recruits Christian Nodal on “Pa’ Olvidarme de Ella.” In case you missed it, here are some highlights from the week in Latin music — now with a Spotify playlist!

Fat Joe, Cardi B, Anuel AA Team Up on Scorching New Song ‘Yes’
The Bronx stands tall in “Yes,” the latest single by hometown hero Fat Joe. With help from two of hip-hop’s most monumental Latinx voices — Grammy-winning rapper Cardi B and Latin trap star Anuel AA — the prolific Puerto Rican-Cuban MC dropped the surprise new track at midnight on Thursday. “Ass up, face down,” he repeats like a magic spell — presumably manifesting booty over a sample of Hector Lavoe and Willie Colón’s 1972 salsa hit, “Aguanilé.” Upon kicking off her own verse, Cardi B rebrands herself as “La Cardi,” with a uniquely Dominican inflection. Anuel AA rhymes entirely in Spanish: “For the record I just made, they already gave me 15 million [dollars],” he boasts. He also pays respects to Fat Joe and Remy Ma’s 2017 album, Plata O Plomo.

Piso 21, Christian Nodal Unite Colombia and Mexico in ‘Pa’ Olvidarme De Ella’
Colombian pop group Piso 21 strike an unusual alliance with the Yeehaw Prince of Mexico, Christian Nodal — and together, they come out a winning team. In their latest single, “Pa’ Olvidarme De Ella,” or “To Forget Her,” the international heartthrobs attempt to purge the unrelenting memory of an ex; but they find that no amount of tequila can wash the pain away. Nodal inflects the track with his Sonora blues: “My body walks alone,” he croons, “my soul left right behind you.” Meanwhile, Piso 21 members Lourdry and Dim inject humor into the situation: “I forgot what relaxation is,” they sing: “I haven’t played FIFA in a while!”

Tito El Bambino, Pitbull and El Alfa Dream of Endless Summer on ‘Imagínate’
Reggaeton veteran Tito El Bambino throws a pool party to remember in his new video for “Imagínate,” or “Imagine.” Filmed in the Dominican Republic’s picturesque La Romana province, the video features Pitbull and El Alfa El Bambino: bringing Cuba, Puerto Rico and the D.R. together in perfect harmony. Together they let their fantasies run wild with the rhythms: rapping in English and Spanish, Pitbull flaunts the flow that made him Mr. Worldwide, while El Alfa, as usual, sends the track into complete berserk mode.

Francisca Valenzuela Champions a Queer, Feminist Future in New ‘Heroé’ Video
Chilean pop heroine Francisca Valenzuela is ready for battle in her reggaeton-infused dance track, “Heroé.” Echoing the wisdom of feminist consciousness-raising activists, the singer-songwriter says the struggle starts from within: “It’s about the power that we all carry within to rescue ourselves. You can be your own villain or enemy… If I do not get up and go ahead, and self-rescue, nobody will do it for me. We are all our own heroes.” Directed by Javiera Eyzaguirre, the new video sees dancers of all genders stomping fiercely in bodysuits and circle skirts — evoking scenes from famous French paintings by Delacroix and Degas — and driving home the idea that power lives in us all. “Héroe” is the lead single off her upcoming fourth LP, La Fortaleza. Out this fall via Sony Latin, it will be the Chilean-American’s first studio album in over five years.

Tainy, Jessie Reyez and Tory Lanez Make Magic in New Track, ‘Feel It Too’
After cranking out beats for J Balvin, Bad Bunny, and many other reggaeton stars, artist-producer Tainy is plotting his own album for release, due sometime in the next year. But for his latest song, “Feel It Too,” the Puerto Rican enlisted two Canadian R&B dynamos: Jessie Reyez and Tory Lanez. Set to a balmy dembow rhythm, the two singers exchange sweet nothings, in hopes that their loving vibes are mutual. It’s last call before the summer ends; sings Reyez, “Life’s too short to be cautious/Cross my heart, love, a promise.”

Mon Laferte Returns to Rock Roots in New ‘Paisaje Japonés’ Video
Latin Grammy-winning artist Mon Laferte has traversed many a genre over the years. Whereas she once cut her teeth as the bewitching, heavy metal frontwoman of Mystica Girls, she eventually came to embrace her rootsier side by venturing into cumbia, salsa, and ranchera sounds in her 2018 LP, Norma. But Mon Laferte’s latest output revives the gritty, rockstar persona that first charmed her fans: Following the angst-ridden balladry of her previous one-off singles, “Chilango Blues” and “Canción de Mierda” (which endearingly translates to “Shit Song”) Laferte veers towards a breakup — or perhaps passionate makeup — in her tempestuous rock & roll ballad, “Paisaje Japonés.”

Watch Juanes, Sebastián Yatra Roam Cloud Nine in ‘Bonita’ Video
Colombian pop titan Juanes recruits his fellow countryman, balladeer Sebastián Yatra, to croon on his new song, “Bonita.” It’s the latest single off Juanes’ untitled eighth studio album, set for release in November. Co-produced by Juanes, Andres Torres and Mauricio Rengifo, “Bonita” is decked with a pop-reggaeton beat, accented by a touch of vallenato: a traditional folk sound that originated in coastal Colombia. Together the two paisanos sing their praises of a beautiful woman, or in the context of the video, any one of the slender, conventionally-attractive models surrounding them. A G-rated take on a straight man’s idea of Cloud Nine, Juanes and Yatra fire up a grill and serenade the elegant women, who eventually sprout wings.