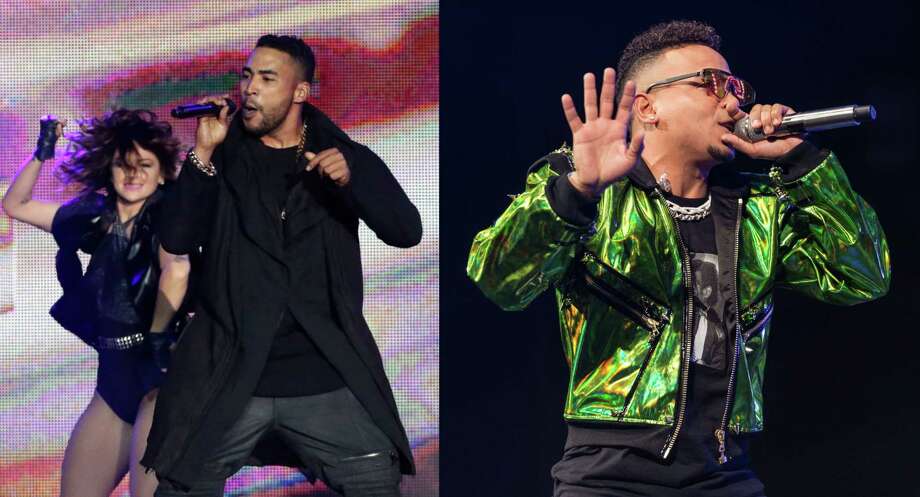 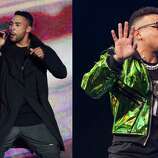 As Hispanic Heritage Month begins in the United States, debates over language and Latinx identity are only getting more heated. This week Santiago Matias, a host from the Dominican radio show Alofoke, posed that a recent report by Rolling Stone, which revealed how YouTube boosted view counts with ad sales, was an effort by “anglophones [to dispute] the impact of Latin music in the world.” In case you missed it, here are some highlights from this week in Latin music — now with a Spotify playlist!

YouTube Changes How It Counts Purchased Views. Does It Go Far Enough?
Earlier this week, two of Latin music’s biggest stars clashed over YouTube accounting. Don Omar, a reggaeton veteran with a slew of hits in the 2000s, called in to the radio show Alofoke to suggest that some artists who claimed to be popular were actually just buying their views. Ozuna, who was just awarded four Guinness World Record plaques for his YouTube success, called in to the same show the next day to hit back, saying Don Omar was “not in the best moment of his career to give opinions.” “Stop complaining,” Ozuna added, “and get to work.”

As detailed earlier this month in Rolling Stone, there is an entirely legal way of boosting views on YouTube through the use of Google advertising. Artists might spend up to $100,000 to have their video run as a short ad in front of other videos. If users click on an ad or even just watch it for a certain amount of time, a view is added to the artist’s count, even though users did not actually seek out the artist’s video. On Friday, YouTube announced plans to change the way it treats any views that come via this type of advertising — but advertising money can still be spent to increase views, and the public view-counter on videos will still reflect views that were paid for, according to our full report.

Paulina Rubio Drops Daring New Song, Tells Rolling Stone: “I’m My Own Boss Now”
“Few artists can say, ‘I have hits in the Eighties, Nineties, 2000s, and now,’” Mexican pop star Paulina Rubio told Rolling Stone in our exclusive interview. In her brand new single, “Si Supieran” — or “If They Knew,” co-written with producer Jesus “DalePlay” Herrera — Rubio plays the Liberated Paulina, celebrating her newfound life as a bachelorette. Coyly alluding to her high-profile breakups, and the subsequent tabloid coverage, her gritty verses are the yang to the yin of a carefree reggaeton beat. The breezy kiss-off track gets even more provocative in the music video, which follows Rubio and a crew of masked hotties as they bounce from bed to bed. Her U.S. Deseo tour kicked off Thursday in San Jose, California.

Trevi and Karol appeared at a Los Angeles press conference on Tuesday, where they were surprised with a Gold record certification for sales of their scorcher of a reggaeton track, “Hijoepu*#.” The song featured on Trevi’s 2019 album, Diosa de La Noche, or Goddess of the Night. “We had a really lovely chemistry when we met,” said Trevi. “I arrived to be inducted into the Latin Songwriters Hall of Fame in Miami, and she had also been invited. We greeted each other, took a photo and uploaded it to our social media. People went crazy commenting, ‘YOU HAVE TO COLLABORATE!!!’ — yes, in all caps.” Read what else Trevi had to say about Karol G in our latest interview.

Yashua Finds Inspiration in Heartbreak on ‘777’
Yashua, a singer with a misty-eyed falsetto and a polished moonwalk, is only 20, but he says he has already experienced every possible shade of romantic torment. “I’ve dated girls older than me; I’ve dated girls younger than me,” he explains earnestly. “And it wouldn’t be like, we date for three months. No: Some of these girls I’ve dated for eight months, a year, two years, three years. I have a lot of experience with girls and with heartbreak.” Yashua catalogs all of this on his debut EP 777, which came out on Friday. While 777 mostly collects songs that Yashua has dribbled out in the last two years — it’s a musical resume of sorts — the new tracks also demonstrate the singer’s wide-ranging tastes.

Major Lazer, J Balvin, El Alfa Set the Club Ablaze in New ‘Que Calor’ Video
Major Lazer light up the club — or in this case, a party cave in the jungle — in their new video for “Que Calor.” With the help of Colombian megastar J Balvin and Dominican dembow veteran El Alfa, the American EDM collective close out the summer with a bang.

Becky G Soundtracks Her Own Horror Film in ‘Secrets’ Video
This week Mexican-American pop starlet Becky G released her first English-language track in what seems like ages. Titled “Secrets,” Becky G’s gothic-trap theme makes for a striking reintroduction to the anglophone world. Is it Halloween yet?

Cuco, Suscat0 Take One Hell of a Trip in ‘Keeping Tabs’ Video
In Cuco’s latest clip, he and Suscat0 take LSD in the parking lot of the Northeast Los Angeles Super A supermarket, which some may recognize from that frozen peas scene in A Star Is Born. The friends end up in a neon-lit disco club, where a drag queen performs to a nearly-empty bar and two women play Loteria. Cuco hallucinates an angel on his shoulder, played by King Foo — creator of the cholo humor page Foos Gone Wild —who promises him a bag of Flaming Hot Cheetos if he sings. Cuco then teleports from the stage into a hedonistic banquet in L.A.’s Exposition Park, where men and women dressed in white raise their glasses with literal demons.

C. Tangana, Paloma Mami Fight for Control in ‘No Te Debí Besar’ Video
Spanish wordsmith C. Tangana and Chilean-American R&B singer Paloma Mami spar over feelings of lust and shame in their shadowy new single, “No Te Debí Besar,” or, “I Shouldn’t Have Kissed You.” Produced by frequent Tangana collaborator Alizzz, “No Te Debí Besar” is a psychological thriller of a reggaeton track: faint echoes of piano accentuate the vocalists’ cloak-and-dagger lyrics. “I come to you like a matador,” purrs Tangana in Spanish. “Prepared for the worst/Your love is like a bad pain.” But Paloma Mami flips the script on him in English: “Bebecito, don’t gas yourself/I got you like everyone else,” she boasts. “I have you under my spell/You’re not the only one.”

Cheat Codes, Sofia Reyes, and Willy William Keep It Posi in New ‘Highway’ Video
Los Angeles dance trio Cheat Codes have finessed hits by collaborating with stars from across the pop spectrum: from Fetty Wap to Kim Petras to Demi Lovato. But for their latest single, “Highway,” they looked to those making moves in the Latin pop landscape. Featuring Mexican singer Sofia Reyes and French DJ-vocalist Willy William, the new song plays like a sonic joyride through the liminal space between EDM and dancehall. Singing in English, Reyes lets slide a soft twang during the hooky chorus: “Ain’t no love on the highway/If you keep it in park on your driveway/You ain’t gonna go too far/Chillin’ in your broke down car.”