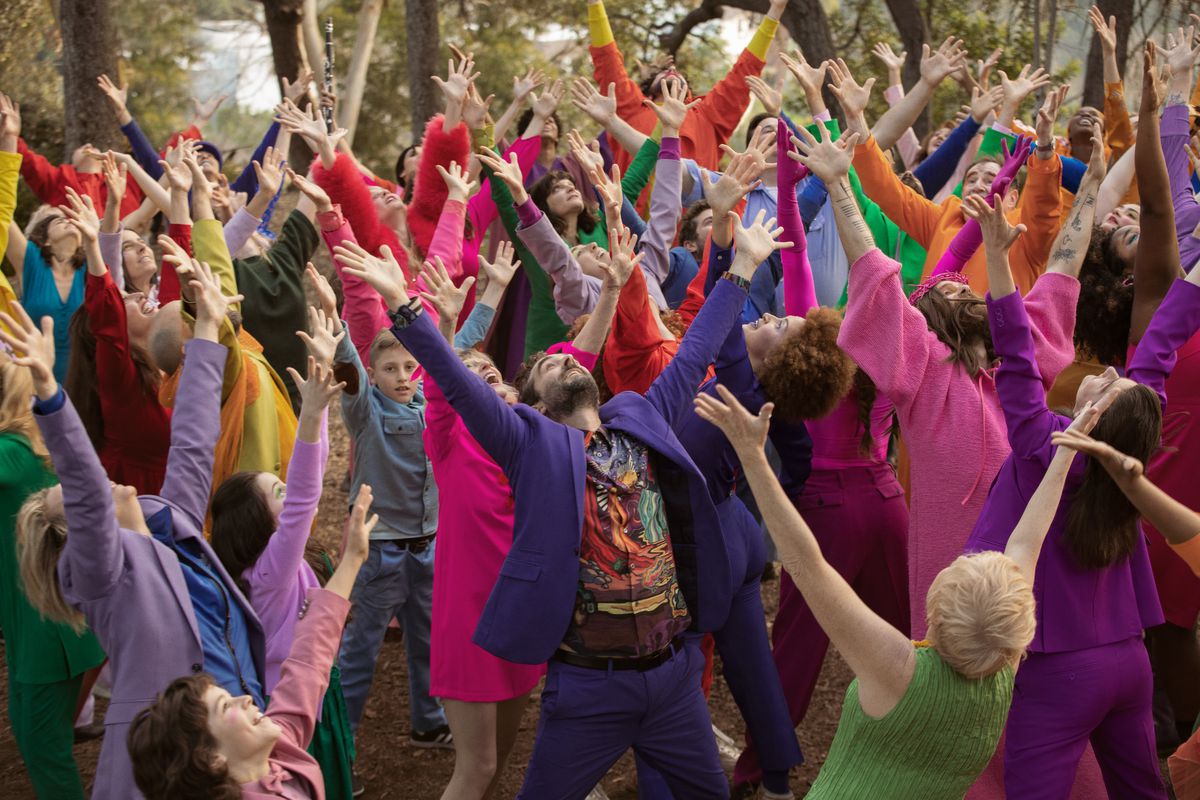 About halfway through Transparent’s movie-length series finale, which hit Amazon on September 27th, the feisty Shelly Pfefferman (played by Judith Light) sings a song to her judgmental middle-aged children called “Your Boundary Is My Trigger,” where she uses the kids’ own language against them. She says that every time they block her from commenting on or meddling in their lives, she considers it a personal assault because it’s like they’re convicting her of bad parenting without letting her mount a defense. The moment is classic Transparent, playfully interrogating modern therapy-speak, while also understanding that when troubled people finally own their feelings, the process can hurt others.

The scene is also, frankly, kind of hard to watch, because the song itself is so clumsy and corny. But then that’s true to Transparent, too.

Throughout the show’s first four seasons, creator Jill Soloway took huge chances not just with Transparent’s storytelling, but with its characters. Soloway was never afraid to let the members of the Pfefferman family come off as whiny or self-absorbed, because that was the whole point of the series. Transparent suggests that working toward becoming a better person sometimes forces people to elevate personal needs over the comfort and complacency of a group. But that wrenching kind of change ultimately affected Transparent itself, as behind-the-scenes drama and larger cultural trends affected the way even longtime fans saw the show.

It’s impossible to discuss Transparent’s legacy without confronting the problem of Jeffrey Tambor, who won an Emmy for playing Maura Pfefferman, the series’ lead character: a well-to-do former UCLA professor who transitions from male to female late in life. (She’s the “trans parent” of the title.) When Tambor was accused of sexual harassment and abusive behavior in 2017 — not long after season 4 debuted — the scandal raised questions about this cutting-edge dramedy’s progressive bona fides.

Tambor doesn’t appear in Transparent’s final episode, titled “Musicale Finale.” He predicted in 2017 that he’d be dropped from the show, but he didn’t officially resign. Instead, Amazon Studios conducted an official investigation into the allegations, then cut ties with the actor. The finale’s plot easily explains the absence: it’s set in the wake of Maura’s death, and it’s about how the family struggles to move on.

Removing the character who’d been the face of Transparent since it launched in 2014 doesn’t seem that jarring, because the truth of the matter is that Tambor had been a thorny issue for the series for a while… not because of anything he’d done, but because he isn’t transgender himself. Soloway initially defended the decision to cast a cisgender actor as Maura, noting that Tambor’s name and performance (which, for the most part, was brilliant) brought visibility to the project, and gave the show enough clout to fill the cast with trans performers. But the longer the show stuck around — and the more it illuminated the perspectives of trans women — the more off-brand that original choice became.

Transparent was never wholly about Maura, though. The show was inspired by the experiences Jill and their sister Faith went through when the person they’d known their whole lives as their father suddenly became their mother. So most episodes of the show spent just as much time following the lives of the Pfefferman children. The restless Sarah (Amy Landecker), the clumsily well-meaning Josh (Jay Duplass), and the adventurous, intellectual Ali (Gaby Hoffmann) — who in later seasons identifies as the gender non-binary Ari — are all deeply affected by Maura’s transition. It gives them permission to face up to their own desires and their own pasts.

In the early episodes, Soloway mostly used the show’s premise to capture and satirize the preoccupations of anxious, upper-middle-class Los Angelenos. But by the end of season 1, Transparent started becoming more ambitious. The flashback episode “Best New Girl” put Maura’s early attempts at understanding the allure of women’s clothes in the context of sexual exploration and the permissive culture of academia. Season 2 went further, developing Soloway’s themes of Jewish suffering and guilt by connecting the Pfeffermans’ story to the gender-bending decadence of pre-Nazi Berlin. 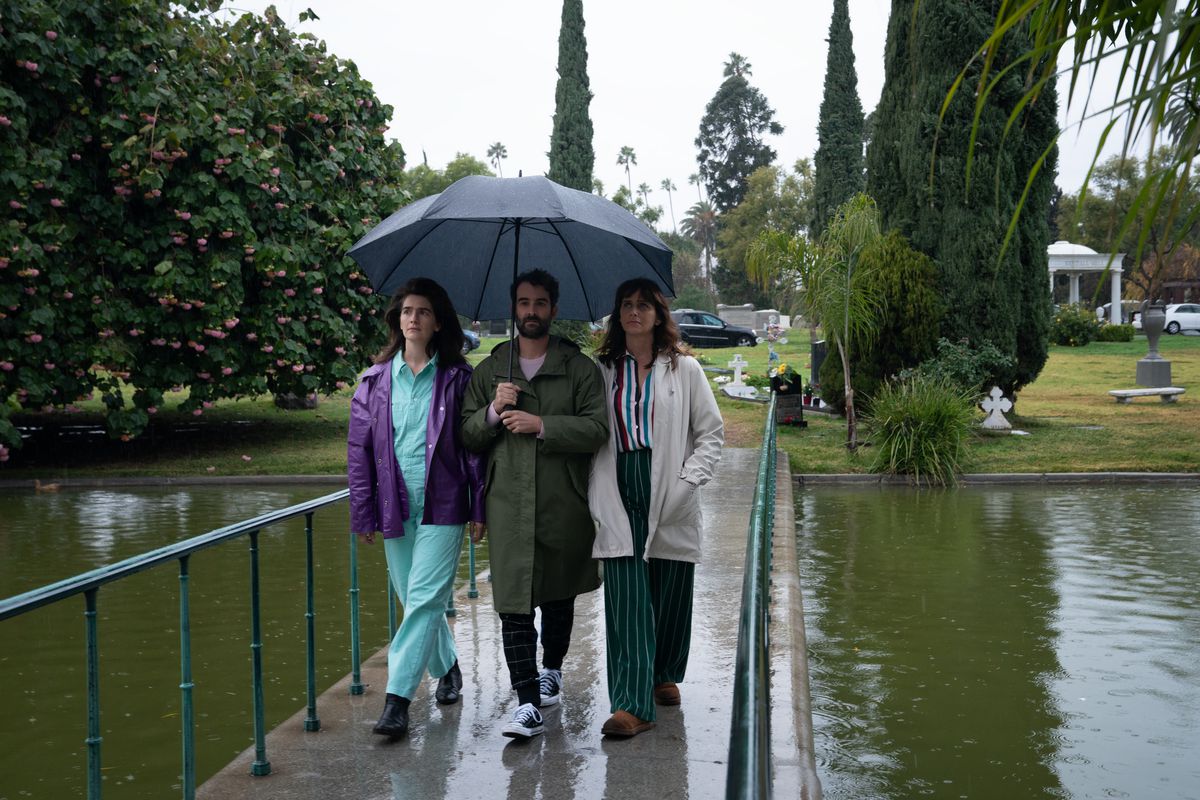 Later seasons were hampered by the kind of repetitiveness that tends to set in with stories about deeply flawed people. Because it would’ve been undramatic for Maura, Shelly, Sarah, Josh, and Ari to fix themselves, Transparent fell into predictable narrative patterns, where the Pfeffermans would have some breakthrough — reckoning with a buried trauma, embracing an identity, committing to a healthy relationship, et cetera — before their usual neediness and self-doubt would knock them back to square one.

That’s why some fans of mature, sophisticated TV never got on board with Transparent. Not only could the Pfeffermans be bad company, they also weren’t so different from conventional television characters, continually making the same mistakes.

But for the show’s fervent fans, it remained a must-see from start to finish, because any given episode could be another one-of-a-kind classic. Take season 2’s “Man on the Land,” where Maura attends a women’s music festival and is startled to discover that a vocal subset of feminists refuse to celebrate transgender stories, because they see them as another example of men pulling attention away from women. Some Transparent sequences were startling and beautiful, as in season 3’s “To Sardines and Back,” which starts with a prologue that shows pieces of the Pfeffernans’ life through a pet turtle’s point of view. “Musicale Finale” is very much in the spirit of these memorable standalone Transparent episodes. It’s overstuffed by default. Soloway doesn’t try to put a pretty bow on every storyline, but nearly all the characters, even the non-Pfeffermans, get some screen time to suggest where they might be headed after the closing credits. The finale also includes some fine examples of the show’s tangled ego-clashes. Shelly feels affronted when her kids chastise her for calling Ari their “sister” instead of their “sibling,” at a time when they’re all supposed to be more focused on their grief than on their self-identities. Meanwhile, Ari gets offended that they don’t have a say about Maura’s wish to be cremated.

Mostly, “Musicale Finale” stands out because of its songs (written by Faith, with Jill’s input). Not all of them are as cringe-inducing as “Your Boundary Is My Trigger.” The episode features some truly lovely numbers, including the opener, “Sepulveda Boulevard,” the lilting recurring song “Father’s House,” and the moving “Your Shoes,” in which the actor Shelly has hired to play Maura in a play about her life sings what she’d always wanted to hear her ex-husband say.

Even more than Maura’s death, Shelly’s play is the finale’s unifying element. It’s what gives Soloway (who directed “Musicale Finale,” and co-wrote it with Faith) the chance to comment on Tambor’s absence from the episode, by reminding the audience that this series was always a work of fiction, drawn from real life, but affected by the contributions of the actors and crew. The play also sets up the central clash between Shelly and her children, who resent the way she seems to have replaced them with versions of themselves she can control. 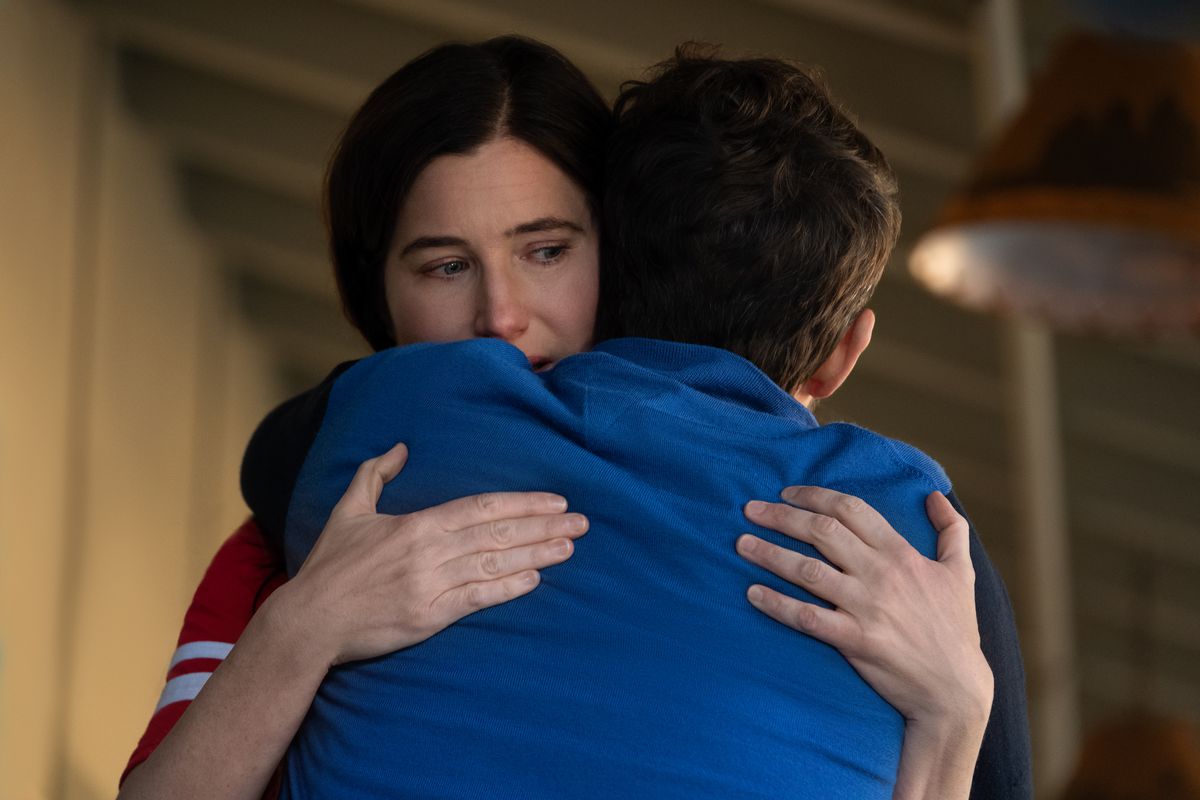 A lot about the finale feels rushed or ill-considered, right up to the catchy but silly closing number, “Joyocaust,” which suggests Jews need to embrace pleasure to put their history of pain behind them. But the meta aspects of Shelly’s play are a conceptual masterstroke. Transparent shouldn’t just be remembered as the show that introduced millions of TV-watchers to a complex, charismatic transgender heroine. It’s also been a show about who gets frame stories, and how. Seen one way, Maura’s journey of self-discovery is inspiring and empowering. Seen another way, her being true to herself has come at the expense of some of her loved ones, and has become a retroactive excuse for lying and infidelity.

The Transparent finale isn’t wholly about mourning Maura. It’s more about how the culture at large will continue to argue about what we owe to each other and what we owe to ourselves, and whether the two can be reconciled. And it’s a debate worth having, so long as the people involved are honest and open, and can understand that one person’s boundary is another’s trigger.