‘Look at this photograph’: Trump trolls Joe and Hunter Biden by sharing manipulated Nickelback music video which shows picture of them with Ukrainian gas company execTrump tweeted video showing Bidens and Ukrainian  gas company executivePhoto is incorporated into 2007 Nickelback music video for ‘Photograph’Former Vice President Joe Biden has denied speaking to his son about UkraineUkrainian officials say Hunter Biden ‘did not violate anything’

By Jerry Barmash For Dailymail.com

President Trump took to Twitter Wednesday to share a video of former Vice President Joe Biden and his son golfing with a Ukrainian gas company executive, inserted into the music video for Nickelback’s 2005 song ‘Photograph.’

In the 2014 photo, the Bidens are seen with Devon Archer, who is an executive with Ukrainian natural gas company Burisma Holdings. Hunter Biden also sat on the board.

The photo has been showcased in the media in recent days.

Trump has alleged the Democratic presidential candidate pressured Ukraine to dismiss a prosecutor who had investigated the company. 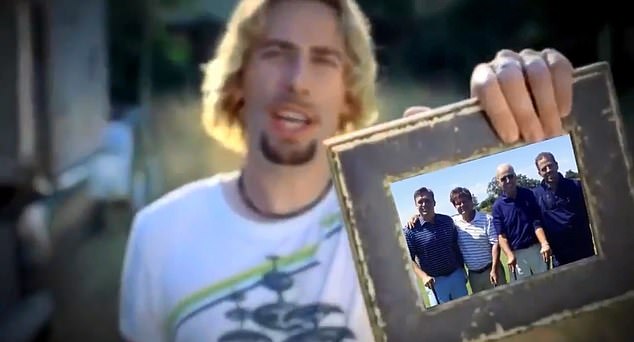 Lead singer of Nickelback holds a ‘Photograph’ for the 2005 song, but it shows the former vice  president, his son and a Ukrainian gas company executive

Alongside the video, Trump tweeted: ‘Look at this photograph!’

The video starts out with a clip of Biden being asked whether he’d spoken to his son about his overseas business dealings, to which he denies he has.

The clip then cuts to the manipulated music video of Nickelback’s song, zooming in on the photo of the Bidens with Archer, with hearts around their heads.

The opening lyrics to the song are ‘Look at this photograph, every time I do it makes me laugh.’

There’s likely some subtext to the lyrics, Spin.com reported, particularly the line, ‘And what the hell is on Joey’s head,’ and an apparently reference to Biden’s rumored hair plugs.

The ‘Photograph’ meme has been used by YouTubers, Vine stars, and more to make jokes while also mocking the Canadian rock band.

The origins of the video are not clear. 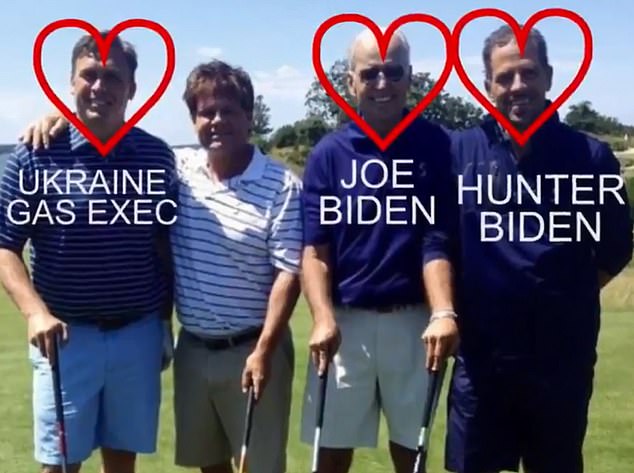 In the 2014 photo, the Bidens are seen with Devon Archer, who is an executive with Ukrainian natural gas company Burisma Holdings

Ukrainian officials have not suggested any wrongdoing by either Biden in connection with the company, and former Ukrainian Prosecutor General Yuri Lutsenko told The Washington Post last week that ‘from the perspective of Ukrainian legislation, [Hunter Biden] did not violate anything.’

Biden has previously said that he has never discussed Ukraine with his son, though Hunter acknowledged they did ‘once.’

At a joint press conference with the president of Finland, Trump refused to answer a question by Jeff Mason of Reuters, who repeatedly pressed Trump on what he wanted Ukrainian President Volodymyr Zelensky to do with regard to former Vice President Joe Biden and his son.