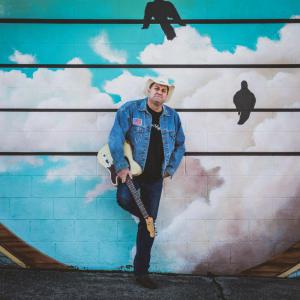 Airs Nationwide on TV stations March 1 and March 6,as well as over 500 Public Radio stations

About Marty Brown
Born in Maceo, Kentucky, Brown first rose to fame as an artist on MCA Records in the 1990s, but he is also known as the songwriter behind mega-hits for Tracy Byrd (“I’m From The Country”), Brooks & Dunn (“It Ain’t Me If It Ain’t You”), and Trace Adkins (“When I Stop Loving You”). After a lengthy hiatus, Brown returned in typically dramatic fashion with a show-stopping performance on America’s Got Talent in 2013. His touching rendition of Bob Dylan’s “Make You Feel My Love” went viral, generating over 11 MILLION views on YouTube. The rest, as they say, is history. His Top 10 AGT finish convinced Marty to get back into the spotlight and since then he has performed at the historic Ryman Auditorium, returned to the Grand Ole Opry, and signed autographs at CMA Music Fest.