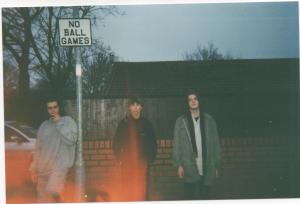 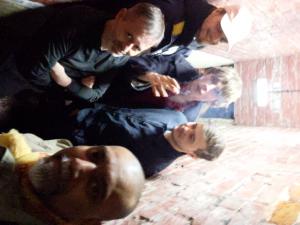 Jacaranda Records have announced the signing of chaotic, intimidating and toxic Scouse band SPILT on an extended long term contract.

“Spilt are a once in a generation kind of special.”

Having recently joined the label following agreement with former home Anvil Records, SPILT have immediately signed a 10 year collaboration deal with the Liverpool based Musik Haus.

The agreement will see the Jacaranda label work with the band on a range of upcoming projects and releases, with the initial deal providing the band with a guarantee of false moustaches and good times.

Jacaranda Records Capomaestro Ray Mia said: “While traditional record labels operate a complex web of veiled advances, recoupments and limited commitments, our approach to artist development is a long term one based on mutual collaboration and trust.

“SPILT chose to sign with us based not on empty promises and bullshit numbers, but on the understanding that they needed a committed label partner with the experience, expertise and reach to support their growth on the global stage.”

Mo Molyneux, SPILT’s vocalist & lead guitarist, said: “What the fuck do you wanna know? We need shit to happen now and they listen.”

Describing themselves as part the Scouse overflow coughed up and spat out at the end of the Mersey, SPILT’s sound can be as dirty and physically damaging as the chemically toxic power plants they grew up in the shadow of, but also ranges through slow psych-esq solos to hard and fast paranoid noise with raw vocals. Straight up, blunt, young and fucked, their sound is as chaotic and intimidating as they are on stage, with a head banging drummer, groovy bassist and mad front-man spinning, spitting and stripping out of jumpsuits.

Dave Crane of DC Management, SPILT’s representative, added: Spilt are a once in a generation kind of special. They need to be incubated in a creative and free environment to act as a breeding ground for what they are doing. We thought this did not exist in music industry until we connected with Jacaranda Records, and the rest will be history.”