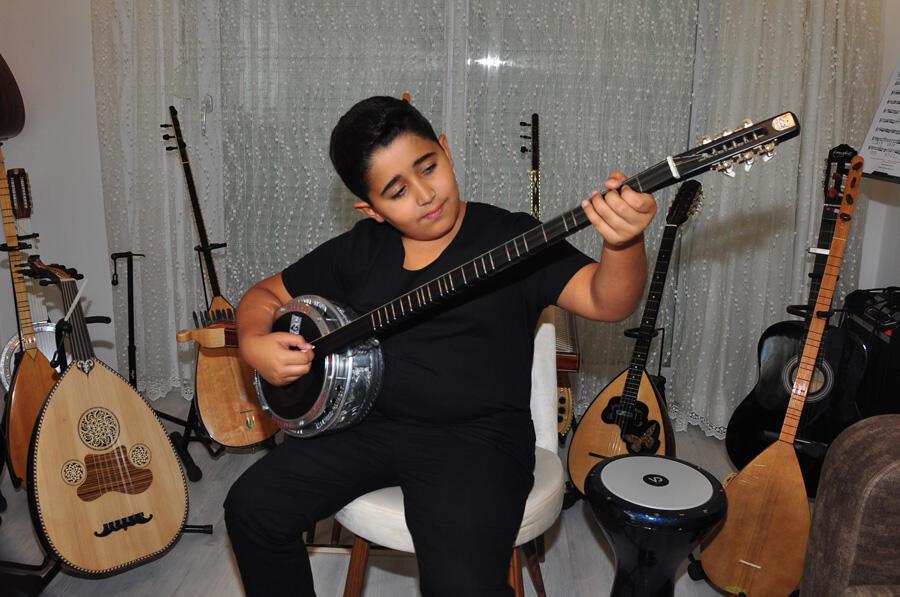 When his father was struggling to play cura – a stringed musical instrument – the baby fingers of 4-year-old Eren Yavuz were striking notes like an adept musician.

His parents say that they had realized his talent, when his baby fingers would bring musical notes out of cura strings, without any education.

“The teachers coming to teach us to play cura were amazed. They, in fact, discovered his aptitude. While we were training ourselves, he was already breaking musical notes to our amazement,” said Eren’s father Mehmet Yavuz.

At the age of 6, he started taking courses to play 10 different instruments.

“I am too young. I am thinking of getting good education. I do not know what happens in future, but I will be always with the music,” said Eren, currently a sixth-grade school student.

Speaking to the state-run Anadolu Agency, Eren credited his parents for encouraging him to formally take instrument courses.

“It was told that I could not take courses because I did not know how to read and write. After I learned reading and writing at an infant school, then I was admitted to undertake instrument courses,” he said.

His father said the child prodigy is now planning to learn to play piano and qanoon. The sixth-grade student said that he never gets tired of music, and the first thing he picks up at home after returning from school is a musical instrument.

“I play instruments till I sleep. I want to be a good musician,” said Eren.

His father, Yavuz, said he will always support the child to realize his dreams. Yavuz, who works as a technical manager in a hotel, said that Eren had shown interest with musical instruments, even when he was an infant.

“Eren grew up in the music” said his mother Serap Yavuz.

“I love music, so also my husband. We are very happy and proud about our son’s talent. Music gives our family peace of mind,” she added.