BEIJING, Dec. 10, 2019 /PRNewswire/ — on December 4th, the 2019 Mnet Asian Music Awards (MAMA) was held in Nagoya Dome, Japan. UNINE, the boy band created through Qing Chun You Ni, an original variety show produced by iQIYI, Inc. (NASDAQ: IQ) (“iQIYI” or the “Company”), an innovative market-leading online entertainment service in China, was invited as the guest performer and performed its new song SET IT OFF. Following the performance, discussions around “UNINE” instantly began trending both on Twitter and Weibo, accumulating around 180 million views. UNINE’s performance at the event demonstrates the growing influence of Chinese youth culture on both domestic and overseas audiences. 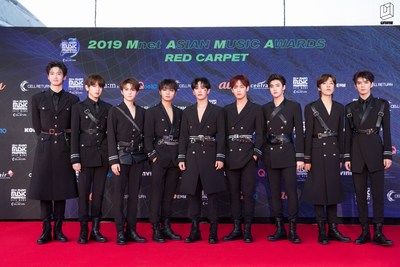 Qing Chun You Ni is an idol-incubation variety show that brings together 100 idol trainees for training sessions that culminate in only nine trainees being selected through viewers’ votes to debut as an idol group, UNINE. The show attracted audiences not only from China, but also from over 10 other countries including Korea, Japan, Thailand and the US. As a next-generation boy band originating from an iQIYI-produced variety show, UNINE has benefited from iQIYI’s “Apple Orchard” ecosystem, where iQIYI has created boy band variety shows and creative Vlogs for the group. Through connecting UNINE with offline concerts and premium IPs such as 2019 “Summer & Youth” iQIYI Carnival, iQIYI is bridging online entertainment content with offline activities, utilizing all channels to help UNINE quickly gain popularity and commercial values. Thus far, UNINE has successfully held concert tours and has issued two EPs that sold more than 1.8 million copies. The group has become the most iconic new boy band in the Chinese language music industry, setting an example for young idol bands.