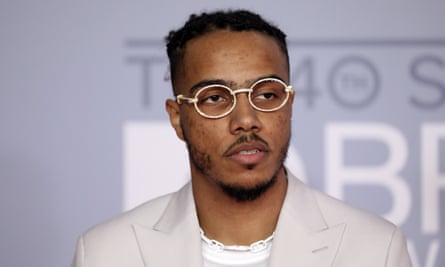 A collective of senior black music industry executives from companies including Warner, Sony, Universal Music Group, BMG, Live Nation, Spotify and the Music Managers Forum has published an open letter to business leaders calling for immediate action on racism and marginalisation within the sector.

The newly formed Black Music Coalition welcomed industry statements of support on last week’s #BlackoutTuesday, a music industry-endorsed day of reflection during the ongoing global Black Lives Matter protests sparked by the death in police custody of George Floyd in Minneapolis, but said that it was time to transform that support into “tangible changes”.

The letter states: “The music industry has long profited from the rich and varied culture of black people for many generations but overall, we feel it has failed to acknowledge the structural and systematic racism affecting the very same black community and so effectively, enjoying the rhythm and ignoring the blues.”

A diversity report commissioned by UK Music in 2018 found that ethnic minorities represented 17.8% of roles within the British music industry. While 25.9% of workers age 16-24 age bracket are from an ethnic minority, that number drops steadily to just 11.4% in the 45-64 age bracket, indicating low representation at senior levels.

A push for industry diversity had resulted in a lot of black employees in entry-level positions, said Char Grant, a senior A&R manager at BMG. “But the support structure and the infrastructure for development hasn’t been there so they’ve been left to work it out for themselves. That can be quite a difficult place when you’re not supported.”

The coalition, which formed over WhatsApp, has called for the implementation of specific career development programmes for black staff to advance future generations of leaders. It asked for change regarding the lack of black staff in senior management and the complete absence of black female presidents and chairwomen across the industry.

The major disparity was with industry “decision makers”, said Afryea Henry-Fontaine, senior marketing manager at Virgin EMI/ Universal Music Group. “People that control the budgets, decide if an act is going to be signed. That’s where there isn’t diversity at all, at that capital-controlling level.”

The coalition called for businesses to create dedicated internal task forces to review, drive and challenge its equality and diversity aims, as well as the advancement of black executives across the business, with a focus on equal pay, mentorship and career progression.

The lack of black music industry executives has a negative effect on the UK’s rising black musicians, said Henry-Fontaine. “Things are lost in translation. There’s not a sensitivity to different cultural nuances. Those that are advising them outside of management don’t understand the culture in the way that they should.”

Following #BlackoutTuesday, Republic Records, home to Ariana Grande and Drake, pledged to stop using the term “urban” to describe music made by black artists. The coalition’s signatories called for music companies across the board to cease use of the term and replace it with “black music”.

“‘Urban’ does often relate to R&B, hip-hop – sub-genres of blackness,” said Whitney Boateng, a promoter at Metropolis Music. “‘Urban’ strips away the actual blackness from the music. Black is not a swear word. To say ‘black music’ doesn’t mean that people who are not black are not included – it just means that you’re giving credit to the actual genre and its makers and forefathers.”

Grant said the term was outdated regarding today’s charts, where black British music is a dominant fixture. “It’s full of artists that have built their brands and their identities through strong fanbases, and they deserve to be on a level playing field with all the other artists at the top of the charts. ‘Urban’ doesn’t support the advancement of people’s understanding of the layers of black music. It contributes to the mentality of: ‘Oh, it’s urban – you need to graduate to pop.’ We need to be rid of that.”

The coalition asked music companies to commit a portion of their annual budget to offer financial support to black organisations, educational projects and charities. “They need more funding,” said Henry-Fontaine. “That’s not going to come from the government or the National Lottery, and so I think it’s disingenuous for an industry that profits so incredibly well from black culture and black music not to support those projects.”

In addition to mandatory anti-racism and unconscious bias training across each company for all non-black members of staff, led by black educators, the coalition asked for complimentary counselling and holistic services to be made available to black members of staff with immediate effect in order to address the effects of workplace racism and global violence against black people.

“Black executives have been experiencing men and women that look like them being racially targeted and murdered by an institution that is supposed to serve and protect,” said Henry-Fontaine. “We’re seeing that play out on the news, on social media, in horrific and callous ways, and then we’re expected to go into a work environment and operate as if everything is normal.”

She said it was important for companies to equip black employees with mental health provision and support. “Often our experiences – especially as black women – are [dismissed as] ‘You’re being a bit dramatic’ or, ‘It wasn’t that bad’ and it’s brushed under the rug. So it’s really important to be able to speak to somebody that can identify and understand and help to unpick that situation without the fear of losing your job.”

Sent to CEOs, presidents and industry leaders on Monday morning , the letter has received a positive response. “This is not going to happen in 24 hours,” said Henry-Fontaine. “This is a longstanding commitment that we’ve made, and it’s about pushing the conversation forward. It’s about assessing that understanding and working with internal teams to make and push forward long-lasting change.”

The open letter follows US executives Brianna Agyemang and Jamila Thomas’s #TheShowMustBePaused initiative on 2 June, which called for the music industry to cease activity for a day in order for black participants to take space for their mental health and for allies to reflect on their obligations to black music communities.

While the day provoked a mass social media movement beyond the music industry, some musicians and industry employees criticised the blackout for pledging silence at a time when social media had become a key tool for the spread of information between protesters on the ground.

Henry-Fontaine said she understood the scepticism, but affirmed the importance of the day. “This is the first time the entire industry has stopped and been so public in their support. The whole purpose is to be in dialogue, to hold companies accountable. These are the first five immediate calls to action. There are many more to come because this is a multifaceted issue. We’re not gonna click our fingers and it’ll all be over.”